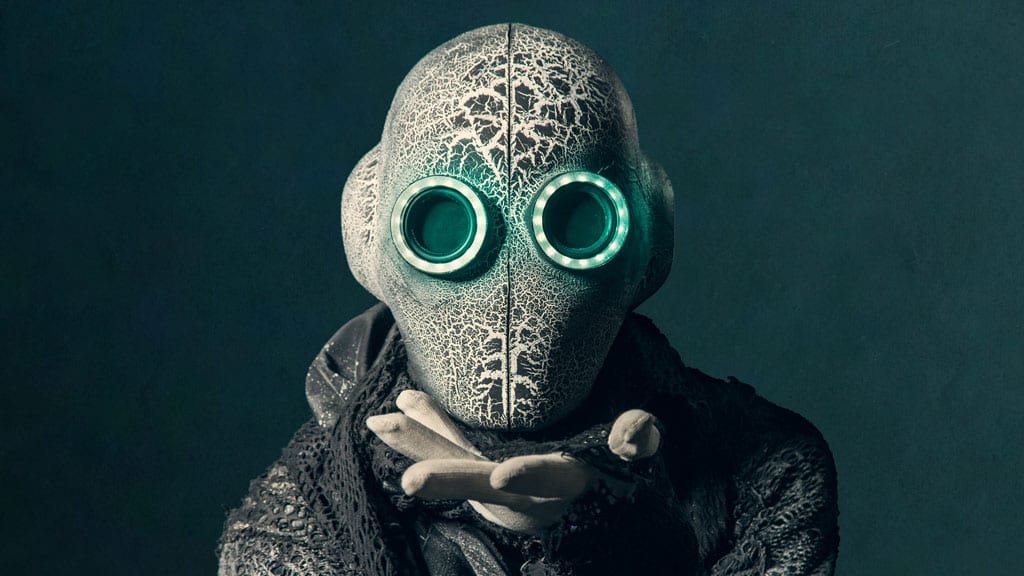 Now in its sixth year, VAULT Festival returns to London from January 24 to March 18, 2018 with 300 individual shows, championing new writing, immersive experiences, comedy, film and late night entertainment. Returning to its native venue beneath Waterloo Station, expanding further into satellite venues including Waterloo East Theatre and Network Theatre and with support from We Are Waterloo, the programme is broader and more diverse than ever before. Tickets are available from vaultfestival.com.

Packed with an array of intimate themed bars and a selection of the city’s finest street food offerings, the festival promises to be an eight week cultural nerve centre inviting audiences to return to see multiple and varied shows as well as playing host to a series of glittering late night parties. The VAULT New Writers Award, round-tables on gender equality and a partnership with the iF Platform all contribute to VAULT’s continued commitment to nurturing and presenting the broadest and best selection of contemporary performance.

Neverland, by Theatre Deli and The Guild of Misrule, producers of the 2017 immersive theatre sensation, The Great Gatsby, return to VAULT 2018 with a full eight week run of this immersive musical adaptation of J.M. Barrie’s classic. This dark and dangerous world will be brought to life throughout the labyrinthine Vaults, with audiences encountering glittering pirates, mermaids, food fights, absinthe bars and soaring live music from a band of lost boys. Caravan, will serve up a healthy dose of immersive hip hop dance, whilst Lamplighters will see audience led through an immersive, improvised spy story in the style of John Le Carre for a hilarious evening of drama, deception and treachery.

Revelations sees the return of critically acclaimed James Rowland with a storytelling show about giving his best friends his sperm. Bismillah! An ISIS Tragicomedy, from Wound Up Theatre sees two Brits meet on either side of a radical divide, while writer John O’Donovan’s If We Got Some More Cocaine I Could Show You How I Love You, sees two gay robbers do a whole lot of blow in this critical hit from Old Red Lion. Further new work comes from writer-performer Jessica Butcher with SPARKS, Abi Zakarian with I Have A Mouth And I Will Scream, Katie Jackson with Conquest and much more.

Becoming Shades serves up a sensory feast of dance, aerial acrobatics, music and fire performances up close and personal in Hades’ underworld as Chivaree Circus explode their 2017 award winning re-imagining of the classic myth of Persephone into a full eight-week immersive circus extravaganza. Directors and performers David Aula and Simon Evans team up again following 2017’s hit The Vanishing Man, to explore hypnotism and the human mind with The Vanishing Mankind. Born without hands or feet, Mahdi The Magician will perform wonders at VAULT, having overcome these incredible obstacles to become one of the world’s most extraordinary magicians.

Continuing its commitment to female led work, VAULT are proud to have programmed over 52% of shows written or directed by women. Paper Scissors Stone from Fringe First winner Katie Bonna takes a sharp-edged peek into gender conditioning whilst Glitter Punch, from Some Riot Theatre, deals with student/teacher relationship boundaries, receiving nine 4 star reviews over its run in Edinburgh. Foreign Body is the critically acclaimed solo show about healing after sexual assault from Imogen Butler-Cole, and The Strongbox by Stephanie Jacob looks at domestic slavery. Other female led work at VAULT includes Mission Abort, Ad Libido, Big Bad , ZINA, A Girl and a Gun, Double Infemnity, The Vagina Dialogues and many more.

With a high-reaching agenda to change the theatre industry from the inside out by altering its attitude towards female playwrights and their output, VAULT is announcing its Writers Gap scheme for talented emerging female writers to meet with producers and programmers from London Theatres, including the Donmar, Almeida and Old Vic, to explore and remove industry-wide barriers.

For a Black Girl, a piece of straight, honest storytelling from Nicole Acquah, is a powerful response to the claim that racism doesn’t exist in the UK. Upcoming star Nicole Henriksen’s second solo show, A Robot in Human Skin, explores her past as a stripper, while The Year of the Rooster Monk, sees award winning absurdists Les Foules present Giselle LeBleu Gant in a part-cabaret, part-narrative, part-seance spectacle, which explores millennial isolation, black feminist movements and the problems of gentrification.

Focusing on stories of young black men in contemporary London, Still We Dream by choreographer Joseph Toonga explores the power of relationships and the ugly reality of ‘the trumps and triumphs’ of reaching for your dreams through free-flowing, animalistic, expressive movement, blurring the lines of hip-hop and contemporary dance.

VAULT Festival will this year partner with the iF Platform (Integrated Fringe) to showcase the work of companies and artists producing work with disabled and non disabled artists. MIA: Daughter’s of Fortune, from Mind the Gap, tackles the taboo subject of learning disability and parenthood with silliness, stories and statistics. Further integrated work includes the playfully devised Follow Suit from Silent Faces and Georgia Morrell’s Eyecon with more to follow.

The festival celebrates a host of gender explorative pieces with the likes of Gypsy Queen, which offers a bold response to homophobia in boxing after widespread acclaim in Edinburgh. TESTOSTERONE is the critically acclaimed physical theatre comedy from Rhum & Clay, following Kit as he transitions from female to male in his early thirties, experiencing life on both sides of the gender divide. Consumables is an alarming concoction of knives, gimp masks, fetish videos and hostages and further gender explorative and LGBTQ work comes from Paloma Oakenfold with the darkly funny Stud, as well as Jaswinder Blackwell-Pal’s The Poetry We Make and Tumulus by Christopher Adams.

VAULT Festival are proud to announce the first annual VAULT Comedy Festival, a dedicated programme of over 125 comedy shows across 8 weeks, curated to support work from up and coming comics through to Edinburgh Comedy Award Winners. Appearances come from hotly tipped rising stars Joe Lycett, Bridget Christie, Richard Gadd, Phil Wang and Adam Riches, alongside critically-acclaimed Edinburgh shows from Mat Ewins, Graham Dickson, Joe Sutherland with Model/Actress and The Pretend Men, who return to VAULT with their highly physical Police Cops in Space for a two week run from Jan 24th. With scores of unannounced acts trying out their new material, VAULT 2018 is going to be the place to watch for big talent.

Today’s ludicrous epoch is heartily lampooned by writer Isla van Tricht and composer Guy Woolf with Great Again, a musical exploring the sensitivities of Trumpian America, while the musical and political tomfoolery continues with The People’s Rock: A Musical from Nevertheless She, in which an impressionable young woman navigates a dystopian landscape with only 2020 US presidential candidate, Dwayne ‘The Rock’ Johnson to guide her. From the creators of the award-winning sellout hit Buzz, Fat Rascal Theatre present Tom and Bunny Save the World, a zombie apocalypse musical which places women in the roles usually taken by men: the soldier, the scientist and the sexual instigator.

Multi award-winning theatre company, ThisEgg, invites children and adults alike to save the world one bee at a time with Me & My Bee, a political party disguised as a party party disguised as a comedy show. With a new supervillain in town, Doktor James’s Bad Skemes enlists audiences of all ages to help prove the title character is in fact the most evil guy around with more child friendly shows in the form of One Duck Down by Faceplant Theatre and the return of cult classic Funz and Gamez from Phil Ellis.

With an ever increasing number of shows, experiences and events scheduled and support from WeAreWaterloo, VAULT will for the first time spill into Waterloo East Theatre for a wide variety of shows with yet more programmed at the Network Theatre. Rubber is an hour-long immersive show promising to thrill as audiences ride out the action set in a car circumnavigating the streets of Waterloo. Robin Linde productions return to VAULT for a third year with The Caravan Theatre bringing a selection of evocative new short plays to intimate audiences of up to nine in a caravan parked on Leake Street. 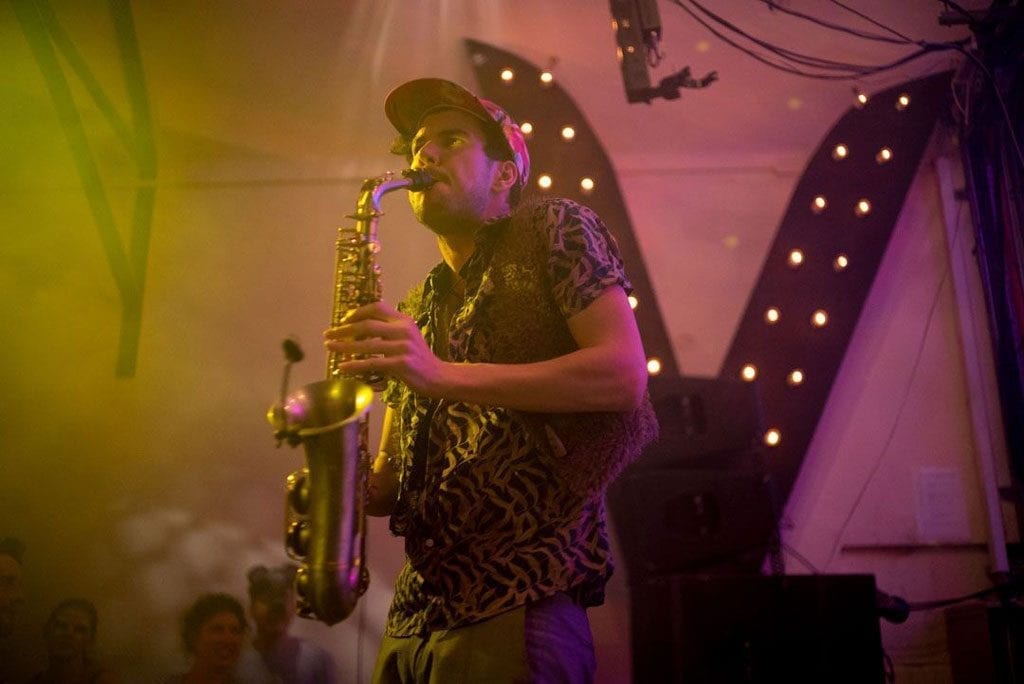 The festival’s series of Lates promises to lure those seeking a further theatrical fix into the small hours as they revel in a selection of specially curated themed parties including a debaucherous Valentine’s Party, London’s fattest Mardi Gras celebration, a St Patrick’s Day blowout and an evening of funk, soul and Motown as South London Soul Train heads underground. Neverland’s party promises an exhilarating late night adventure while Chivaree Circus host LABYRINTH where revelers will delve into a world full of mind-boggling aerial performances, stupendous circus feats and intimate encounters. Trough London will turn up the heat with with their leather clad installment, and The House of Burlesque: Lock In promises “Showgirl Explosions”, mini-burlesque tutorials, bespoke cocktails and a secret speakeasy for the night Time Out dubbed ‘Moulin Rouge on Acid”.

VAULT Festival’s Directors comment: “VAULT has morphed again to better fit London’s adventurous audiences, and in 2018 our offering is longer, later, wilder, smarter and funnier. Choose from four strands – comedy every night, sixteen enormous themed parties, a huge theatre programme, and weekly film residencies. Mix in our five perfectly balanced bars, and 2018 is laced with unlimited possibilities.. For the sixth year,hundreds of artists present their own edition of VAULT Festival.”

As well as sponsoring the VAULT New Writers Award, Nick Hern Books will partner for the third year to release an anthology of plays selected from the best new writing at the festival. Plays from VAULT 3 will be published on January 26, to coincide with the beginning of the festival, and will be on sale at the venue, online and in major bookshops. Further details, including the line-up of plays chosen for the anthology, will be announced soon.