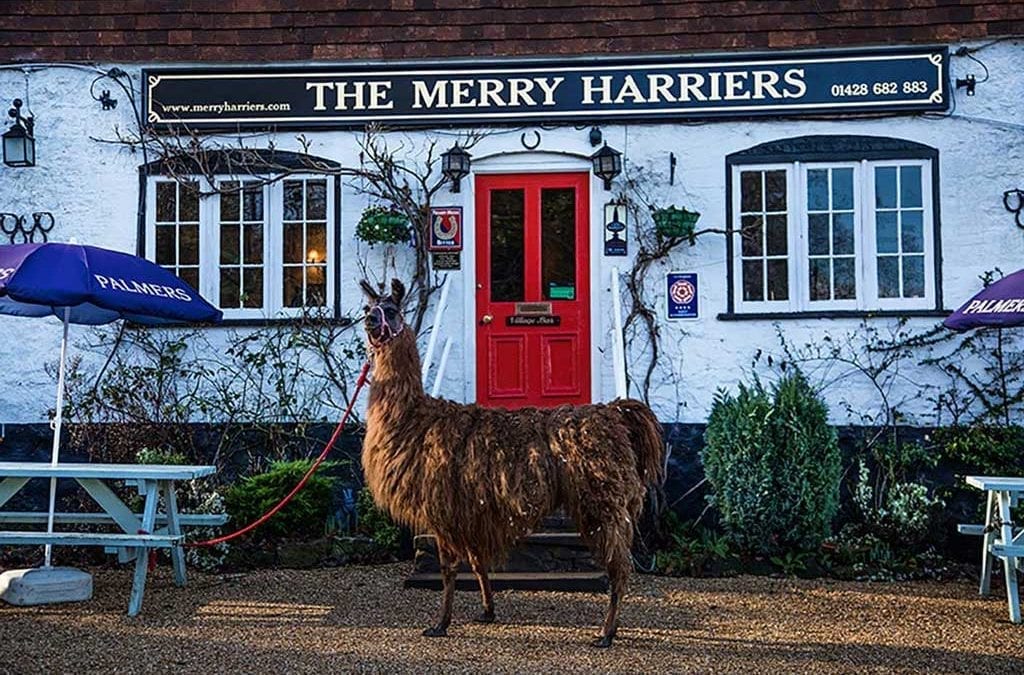 The UK’s first llama trekking inn has completed an extensive refurbishment and is now ready to take the more adventurous two-legged traveller.

Owned by entrepreneur, yachtsman and philanthropist Peter de Savary, the Merry Harriers in Hambledon, Surrey has had its pub, restaurant and private dining areas redecorated, and added four new en suite bedrooms bringing the total number of bedrooms to seven. The new rooms are in keeping with the country inn style and have exceptional views, but it’s the unexpected addition of llama treks that really make this place stand out – unsurprisingly Merry Harriers is the only inn in England with picnic llama treks.

Alternatively, why not travel to South America and see a llama in the wild?

B&B Trek Packages include a three-course dinner, B&B and lunch with a half-day trek through the Surrey Hills (from £320 per couple).

For more information on how to join in a llama trek, visit: www.surrey-hills-llamas.co.uk