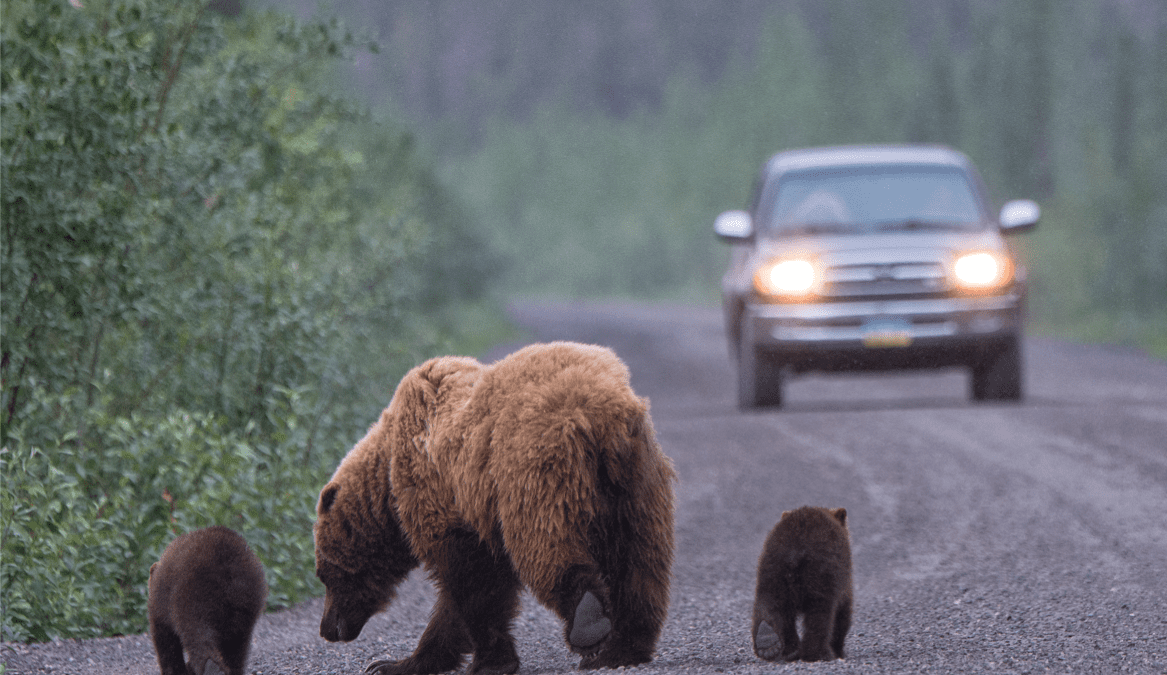 Discover the Wildlife of Yukon

The Yukon is like nowhere else on Earth. Its majestic mountains, untamed rivers and crystal clear lakes beckon travellers and adventurers alike.

Look down and you’ll see a different kind of giant — the mighty Yukon River. Stretching for over 1,800 miles, it winds and weaves through the landscape, passing canoe-able rivers and legendary world-class national and territorial parks.

Now, onto the living and breathing giants in the wild. The vast regions, varied ecosystems, and relatively sparse human population make the Yukon a haven for some of North America’s most impressive species. On that list are grizzly and black bears, wolves, caribou, moose, muskox, millions of migratory birds and many more. All three North American bears: Black, Grizzly and Polar can be found in the Yukon, but you are much more likely to see a Black Bear than a Grizzly Bear. Black Bears live in forested areas, whereas Grizzly Bears range from southern forested areas and across the tundra to the Arctic Ocean. Polar Bears are only seen on the North Slope and Herschel Island. The Yukon grizzly bear population is one of Canada’s largest and most stable in North America (30% of Canada’s grizzlies can be found in the Yukon) and the Alsek River corridor in Kluane National Park UNESCO World Heritage Site has been designated a special preservation area.

Many visitors to the Yukon spot bears on the side of the road, while hiking and paddling, or even from the air. Shorter summers in the North mean that grizzlies must be as efficient as possible in preparing for their long winter hibernation. In the Yukon, grizzlies depend on thick crops of berries and seasonal runs of salmon to fatten up. In an autumn feeding frenzy, a grizzly can eat 200,000 berries in a single day.

Whether you’re an ardent birder or a casual wildlife watcher, the Yukon’s flyway comes alive as trumpeter swans, geese, sandhill cranes and other migratory birds travel to and from nesting grounds. Birders converge in the Yukon to search for species including harlequin duck, northern hawk owl, wandering tattler, gyrfalcon and three kinds of ptarmigan. The Yukon has some amazing migrations of wildlife and birds, including the largest Trumpeter Swan Migration (March – May) in North America at approximately 3,000 birds, which is a miracle considering at one time less than 100 existed.

Approximately 250,000 sandhill cranes return to the Yukon each summer en route to their breeding grounds in the Arctic.

More than 160 species are found along the 750km Dempster Highway corridor which is the only public road in North America to cross the Arctic Circle. More than 100 nest along the highway and the Southern Ogilvies and Blackstone uplands are prime birding areas. The Ogilvie Mountains provide a home for several birds of prey, including species of eagles, falcons and owls. Ptarmigan are also seen here. Loons and many types of shorebirds inhabit the Peel plateau and the Mackenzie Delta.

Yukon is home to approximately 130,000 – 150,000 caribou in one of North America’s last remaining large animal herds. The herd was nominated as one of the seven wonders of Canada a few years ago.

Canadian Sky offers a 14-day ‘Yukon & Alaska’ self-drive tour through Alaska and the Yukon with prices from £2,749 per person including flights. For more information contact tel: 01342 887978 or visit: canadiansky.co.uk

Visitors can download a comprehensive guide on wildlife viewing at: yukon.ca.

Discover the Wisdom of Thai Cuisine at R.HAAN