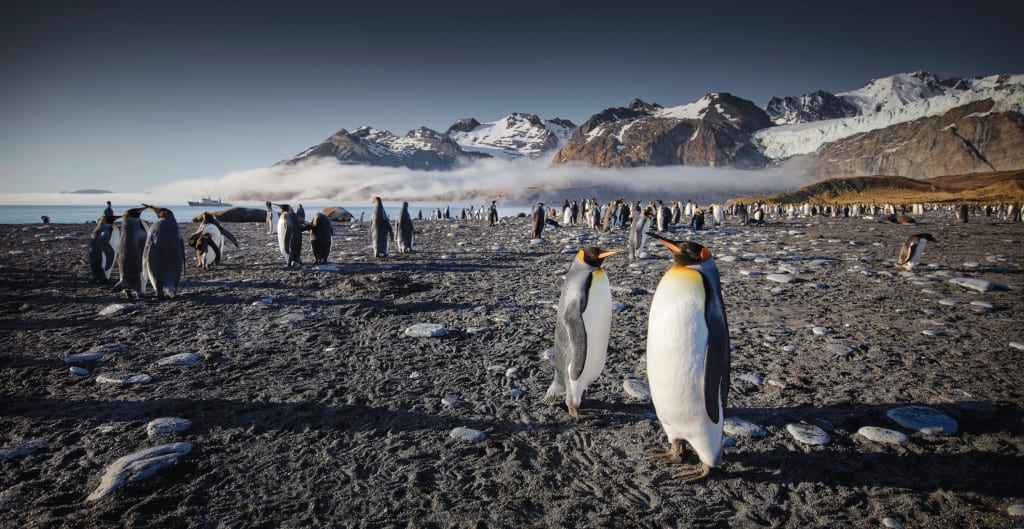 Sir Chris will travel onboard Aurora Expeditions’ brand new ship, launching in October 2019 and named after their co-founder and resident mountaineering heavyweight, Greg Mortimer. Travelling south from the Promised Land of wildlife encounters in South Georgia to Elephant Island and along the Antarctic Peninsula, the ship will follow a similar journey that Shackleton himself took over 100 years ago on board his famous vessel the Endurance.

As a featured guest, Sir Chris will share his stories over the course of the days spent travelling at sea. With a lifetime of adventures and achievements, he has no shortage of material to cover and highlights will include his various attempts on the South West Face of Everest, both successful and not, his first expedition to Antarctica and the first British ascent of Mount Vinson. He will also present a screening of his multi-award-winning auto-biographical film, Bonington – Mountaineer, alongside opening and closing remarks.

For 27 years, Aurora Expeditions has been a pioneer and world leader of expeditionary voyages, inviting guests to discover their inner-adventurer as they journey to the wild and untamed landscapes at the remote corners of the Earth. Their ethos of ‘getting out amongst it’ is reflected in the many experiential activities they offer in Antarctica – such as sea kayaking, mountaineering, skiing and snow-shoeing, polar diving and snorkelling – and speaks to Sir Chris Bonington’s own adventurous outlook.

For a taste of what you might encounter on the cruise, read Patagonia Chile Around the Cape.

Just like Sir Chris, the team at Aurora Expeditions shares a passion for exploration and a fascination with the natural world. Their co-founder, Greg Mortimer, has a long-standing relationship with Sir Chris having climbed together over the years. Today, Aurora Expeditions’ ambition is to share their collective knowledge and enthusiasm with others and they invite guests to join Sir Chris onboard Greg Mortimer for the adventure of a lifetime in the company of true experts.

Famed for its abandoned whaling stations and Shackleton’s heroic journey, South Georgia is home to millions of fur seals and penguins, wallows of elephant seals, and nesting albatross. Arriving at the peak of the breeding cycle, this itinerary offers guests the opportunity to watch as chicks become juveniles, parents shuttle fish and seal pups test their ferocity with mock charges. The ship will retrace Shackleton’s famous sea voyage from South Georgia, heading first to Elephant Island before continuing south along the Antarctic Peninsula. Daylight hours are long at this time of the year and allow for ample opportunity to spot wildlife such as humpback and minke whales, penguins and leopard seals. The view from the shore is equally fascinating with historic sites and scientific stations to explore.