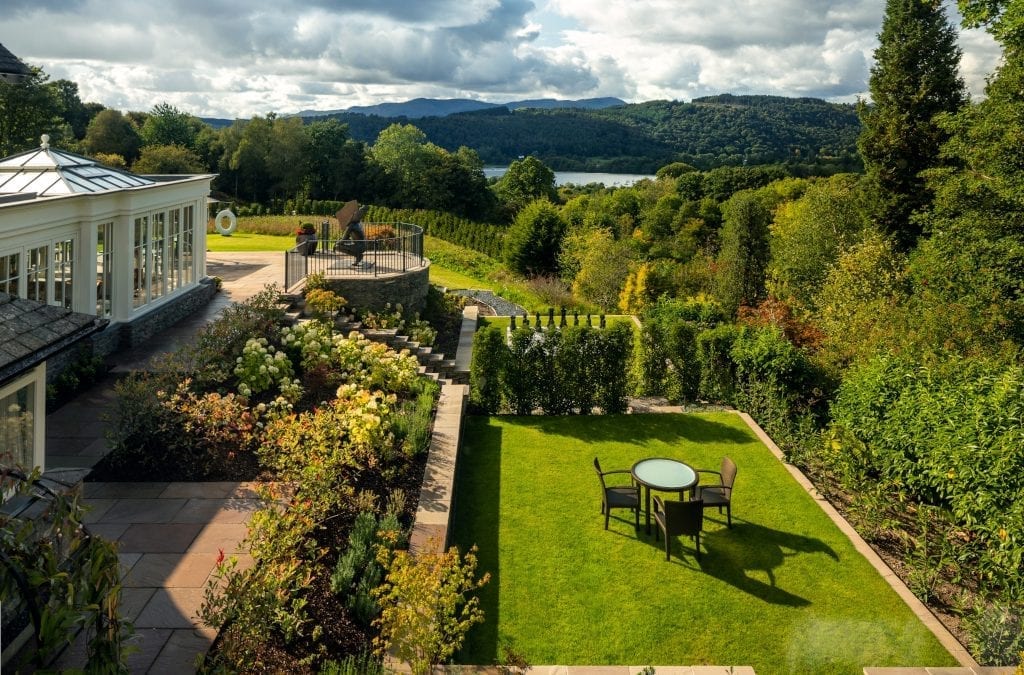 Linthwaite House will re-open on 31 July, with its idyllic location above Windermere providing the perfect base for guests to make the most of the Lake District’s dramatic unspoilt scenery and wide open spaces.

The property itself is set in 14 acres of beautifully landscaped grounds with plenty of quiet corners for guests to safely socially distance, while there is extensive parking for those who are keen to create their own travel bubble and drive from home to hotel.

Windermere, not just the name of the lake but a town as well, is the beating heart of The Lake District National Park, which gained even greater status when it was added to the UNESCO World Heritage list in 2017. England’s largest national park, the Lake District includes all its highest peaks (reaching close to 1000m), as well as its biggest and deepest lakes. Of all the lakes, Windermere, best viewed from the grounds of Linthwaite House, is the largest (almost 17kms in length and just over 1.5kms in width) making it the biggest natural lake in the country. This natural playground provides ample opportunity for hiking, mountain biking, golf, sailing, stand-up paddle boarding and much more.

This is the countryside that inspired the Romantic poet William Wordsworth to write a “host, of golden daffodils; Beside the lake, beneath the trees, Fluttering and dancing in the breeze”. His 250th birthday is being celebrated by the region this year, alongside the 200th anniversary of Wordsworth publishing ‘A Guide through the District of the Lakes in the North of England’, which sold rapidly and encouraged many more visitors, marking the start of mass tourism to the Lake District (because political problems/revolutions in Europe at the time meant that wealthy tourists, who might otherwise have done “The Grand Tour”, were looking for opportunities to travel closer to home). Buy a copy online and follow in Wordsworth’s footsteps by taking an excursion to the top of Scafell – or Scawfell as it was called in the 19th century.

To mark the easing of lockdown and in commemoration of the Great British holiday, Linthwaite House has created a two-night “Summer Celebration” package that includes some of the best this country has to offer: a bottle of Exton Park sparkling wine (lovingly created in Hampshire) and dinner in Henrock, Michelin-starred chef Simon Rogan’s latest restaurant, which is located within the hotel. Prices start from £740 for two people sharing a double room. Alternatively, B&B room rates start from £235.

Green Light for Tailor Made Rail