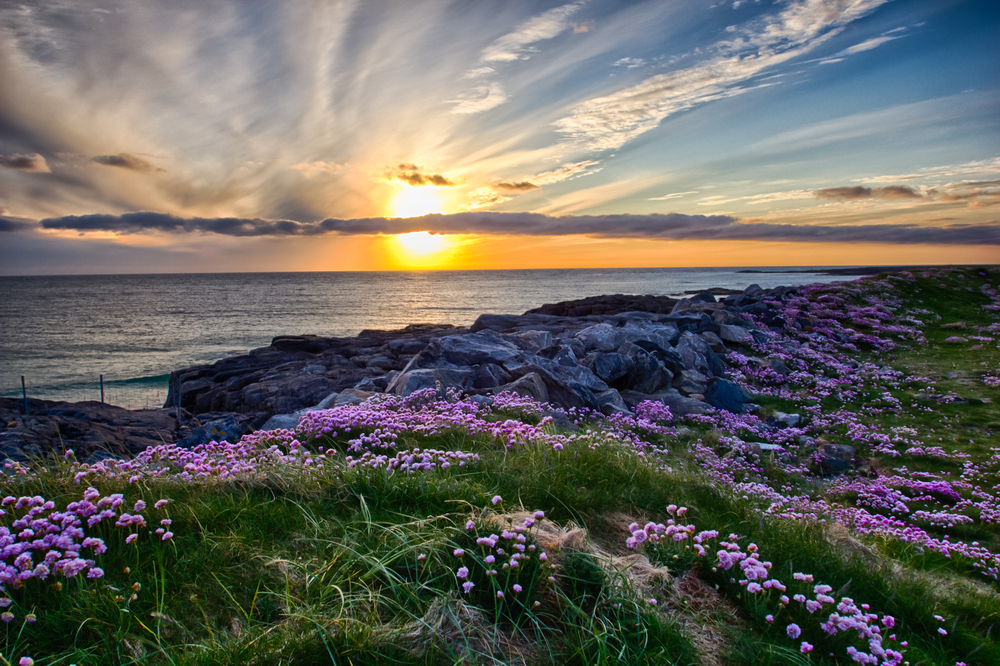 McKinlay Kidd has launched six new self-guided trips for 2018. The self-drive trips, rail holidays and flying safaris showcase the most stunning scenery and uncover the hidden corners and character of Scotland, Ireland and England. All can be tailored to customers’ precise requirements: 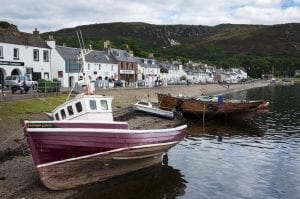 Thought to be one of the most breathtaking coastal road trips in the world, Scotland’s North Coast 500 showcases the fairytale castles, wild beaches and ethereal ruins of the less-visited northern Highlands. Drive this 500-mile circular route in a luxurious new Tesla Model S with a carefully-planned itinerary detailing places of interest (and car charging points!). Starting in Inverness, highlights include beautiful Beauly Firth, John O’Groats (the northernmost settlement on the UK mainland), the pretty harbour town of Ullapool, the legendary Applecross peninsula and the Bealach na Bà pass – one of the UK’s most thrilling roads. North Coast 500 by Tesla costs from £1,750 pp (two sharing), including seven days’ rental of a Tesla Model S (from Inverness) and six nights’ B&B (in small hotels, guest houses and a castle). Departures from March to October.

Leisurely travel along Scotland’s West Highland Line
Swap the stresses and strains of modern life for Scotland’s epic views on one of the world’s finest rail routes, the West Highland Railway. This leisurely nine-night trip includes a steam train journey on the Jacobite Express over the 122-year-old Glenfinnan Viaduct (as featured in Harry Potter), boat trips to Hebridean islands and a private day tour of Skye. Slowly Along the West Highland Line costs from £1,625 pp (two sharing), including nine nights’ accommodation in small hotels and guest houses (seven nights’ B&B/two nights’ DBB), train travel from Glasgow to Oban, Oban to Rannoch and Rannoch to Mallaig, first-class tickets for the Jacobite Steam train from Mallaig to Fort William, return train to Glasgow, boat excursions to Mull, Iona & Staffa and to the Small Isles, a privately-guided tour of Skye and all transfers from each station to carefully-selected overnight accommodation. Departures from April to October. 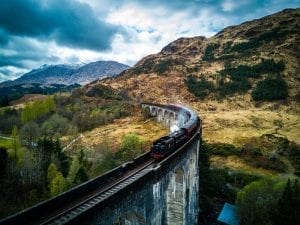 Lakes and Lochs by Train
Combine England’s UNESCO-designated Lake District and the magic of Scotland’s lochs on a seven-night cross-border holiday. Leave the car behind and unwind on the shores of Ullswater before heading further north by train to Perthshire and legendary Loch Ness. Lakes and Lochs by Train costs from £1,495 pp (two sharing), including seven nights’ B&B in small hotels, train travel from Penrith to Pitlochry, Pitlochry to Inverness and from Inverness to Glasgow or Edinburgh, plus a Round the Lake pass for Ullswater, a private guided tour in Perthshire, a cruise on Loch Ness and all transfers from train stations to carefully-selected overnight accommodation. Departures from March to October.

Scottish Car-free Flying Safari
See the very best of Scotland and her islands via thrilling small plane flights and day tours with knowledgeable local guides. This 10-night trip is a rich mix of whisky, remote island-life and history. Fly between some of Scotland’s most famous and enthralling locations – Islay, the Outer Hebrides, Orkney and Inverness. The Scotland Car-free Flying Safari costs from £2,190 pp (two sharing), including 10 nights’ B&B in small hotels and guest houses, return flights from Glasgow to Islay, flights from Glasgow to Stornoway, Stornoway to Inverness, Inverness to Kirkwall and Kirkwall to Edinburgh or Glasgow, private guided day tours of Islay (with distillery visits and tastings) and Lewis /Harris, a guided tour of Orkney, a tour of Skye and Eilean Donan castle. Departures from April to October.

North Coast 500 and Orkney
This 12-night trip combines a driving adventure on Scotland’s wild north coast with the evocative landscape of Orkney. After exploring part of the breathtaking beauty of the North Coast 500 route, travel by ferry to the Orkney Islands to discover Scotland’s rich Viking and prehistoric past. Visit the UNESCO World Heritage Site known as the Heart of Neolithic Orkney, and marvel at mysterious stone circles, including the Standing Stones of Stenness (one of the oldest henge sites in the British Isles) and the Ring of Brodgar (an impressive early Bronze Age stone ring). Learn how ancient communities thrived on the islands at Skara Brae dwellings, dating from 3,000BC. Then return to the mainland and complete Scotland’s answer to Route 66. North Coast 500 and Orkney costs from £1,075 pp (two sharing), including 12 nights’ B&B in small hotels and guest houses, return ferry crossings to Orkney and to the Isle of Rousay and a Historic Scotland Explorer pass providing entry to Orkney’s key historical sites. Departures from March to October. 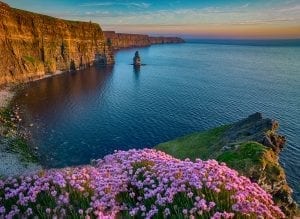 Wild Atlantic Way, Clare and Connemara
Take to the road for a self-drive adventure along Ireland’s magnificent west coast and the Wild Atlantic Way, a thrilling journey of soaring cliffs, hidden beaches and beautiful bays. See the sublime beauty of Connemara, plus the pretty village of Lahinch in County Clare, and enjoy boat trips to outlying islands and a guided tour of the Burren (a sweeping otherworldly landscape of bedrock and glacial-era limestone). Wild Atlantic Way, Clare and Connemara costs from £845 pp (two sharing), including six nights’ B&B in small hotels and guest houses, return ferry crossings to Inishboffin and the Aran Islands, and a guided walk on the Burren. Departures from March to October.

McKinlay Kidd are careful curators of self-guided, special-experience and tailor-made holidays in Scotland, Ireland and England. All trips come with a personalised holiday pack with directions, recommended routes and suggestions for places to visit. All accommodation and experiences have been personally tried and tested by the McKinlay Kidd team. McKinlay Kidd was voted AITO Tour Operator of the Year 2016, based on outstanding customer reviews.

Winter in the Sun: Barbados from £237

Enjoy Christmas Away from the Kids in Cornwall