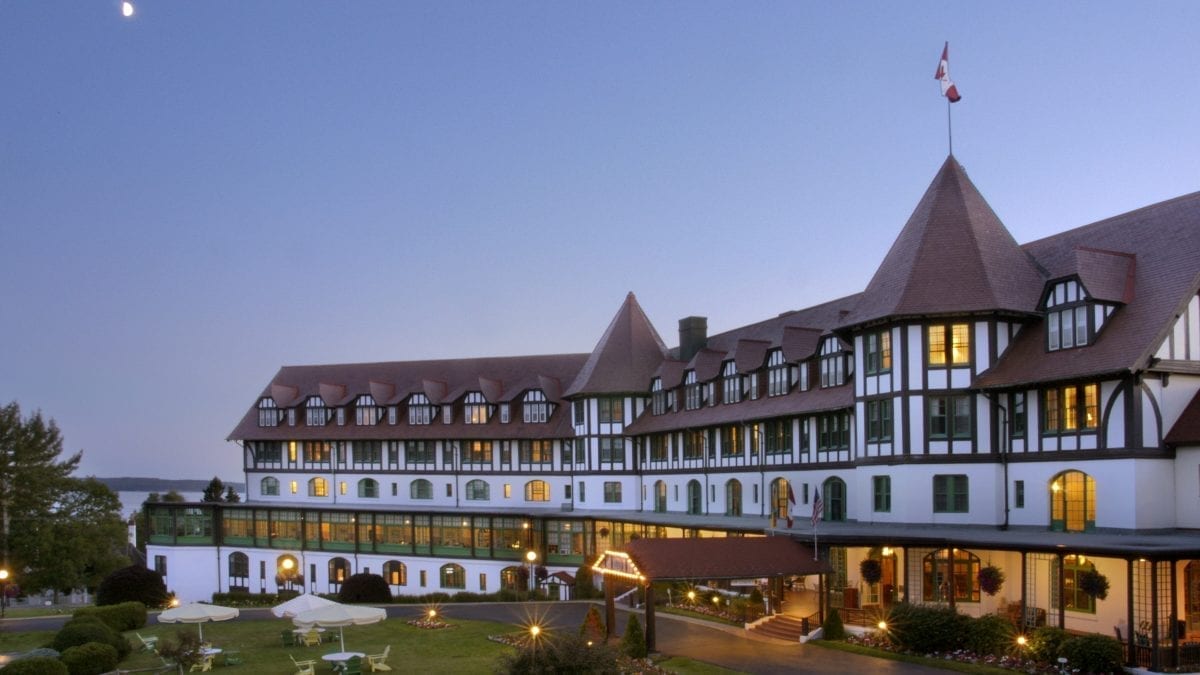 If, when you think of St Andrews, your mind turns to golf, then read on. For the Algonquin Resort in the town of that name is believed by many to be one of the inspirations for Stephen King’s ‘The Shining’, and has 12 ghosts. Only it’s in Canada, not Scotland.

In the town of Saint Andrews, you’ll hear tales of many ghostly happenings. At the Charlotte County Courthouse, executed convicts are said to haunt its halls, while Genii, spectral men from a shipwrecked crew just off the coast, are doomed to wander the beachfront.

But the most haunted of dwellings is the Algonquin Resort, where several ghostly happenings have been reported over the years.

“Luckily, all of our ghosts are friendly,” says Alex, a bellman at the Algonquin and one of the knowledgeable guides for the daily ghost tours offered by the hotel. “We haven’t had a crazy, negative experience from anyone being chased out of a room.”

The Algonquin is said to be haunted by several different ghosts. One such ghost is the night watchman, a security guard who worked at the Algonquin and whose footsteps and clanking keys have been heard down in the service tunnels of the Matthew house residence. There is a bellman, whose ghost was said to have chatted with a couple checking into the hotel late at night even though there was no bellman on duty – his description, however, matched a retired worker who had passed not long ago. And there is even the ghost of a little boy, who met his untimely demise prior to the original structure of the Algonquin burning to the ground while chasing his beloved red ball out of a third story window.

But the most popular tale is that of the bride.

The story takes place in the bridal suite, room 473, where the bride was staying for her wedding taking place the next day. She was to marry a merchant sailor sailing out of Saint Andrews, but while he was at sea, the sailor got caught in a ruthless storm and could not return in time for their wedding. As he was unable to communicate this to his beloved, the bride thought he had left her at the altar and took to her suite in hysterics. The next day, she was found dead in her room, and while romantics like to say the bride died of a broken heart, others believe she died by suicide.

Ever since, the strangest of ghostly happenings are said to take place in this very room. The hotel staff have received noise complaints about crying and screaming coming from the room, even when it isn’t rented. The bride’s silhouette has been seen from the hotel’s highest tower, even though the key to this tower has long been lost. Guests have also been known to complain about a puddle of water found on the floor of room 473, a true blunder for the maintenance staff as the source never seems to yield from a leaky pipe or roof. Instead, it’s believed the puddle is a pool of the bride’s tears, forever staining the floor in this haunted room.

During my most recent visit, I opted to spend the night in this haunted bridal suite to see what I could find beyond its doors. And while I certainly got a sense of the supernatural in this space – particularly in the pitch black during the early hours of the morning when all else was silent – the ghosts did not seem to warm to me enough to trust gracing me with their presence.

The most resonating occurrence for our guide, however, is one that happened to his brother, Andrew, another bellman at the Algonquin Resort who has worked in these halls for the past three years.

“My brother got a phone call one day from the bell stand, which is the stand across from the lobby, and it was a dead line – which happens sometimes, someone may have called accidentally,” recalls Alex. “About fifteen minutes later, he gets a call from the same room. It was dead again. At this point, he was pretty concerned, he hangs up the phone, looks up the number to see who is staying in the room and noticed that it was unchecked. He connected it with room 473 and thought someone was playing a joke on him.

“So he ran up to the room, checked all the closets, made sure nobody was playing a joke on him because he had a job to do. He runs back downstairs and about fifteen minutes exactly, he gets another call from the room. Getting annoyed, he runs upstairs, unplugs the phone and runs back downstairs to continue his work. About fifteen minutes later, he gets a phone call from the room exactly across from it, which was also unrented. All dead phone calls. He still goes white in the face when he tells the story.”

While the ghosts of the Algonquin are known to play many pranks on the staff throughout the hotel, from switching up silverware to hiding laundry hampers and even inputting data into the hotel logs, they typically shy away from interacting with guests. But during your stay, be sure to have your wits about you, as you may just feel a rush of cold pass through you while wandering the halls, notice doorknobs turning ever so slightly as you try to catch some sleep, or perhaps you, too, will be escorted to your room late one night by the deceased friendly bellman.

One thing is for certain, whether these sounds and slights come from the old building or are ghosts trying to make their presence known, strange things are happening at the Algonquin Resort.

Words by Gina Alward travel blogger for thehereandwow.com and member of the Travel Media Association of Canada, first run in the Brunswick News.

New Brunswick – The Algonquin Resort – The Hotel that Inspired The Shining

The Algonquin Resort in Saint Andrews is believed by many to be one of the inspirations for Stephen King’s “The Shining”. The stunning resort has been reported as having 12 ghosts roaming its magnificent halls, including a weeping bride and an older lady who rearranges the silverware. An architectural icon of New Brunswick, the hotel is the most famous symbol of St. Andrews and one of the most photographed buildings in the province. Rooms 308 and 373 have been the location for various sightings. The historic year-round destination offers elegant guestrooms, contemporary dining, indoor and outdoor pools, waterslide, spa, private beach, and a golf course. Not just for Halloween, each weekend the hotel conducts a ghost tour complete with paranormal tales and folklore.

Rates starting from £190 per night, plus tax, based on double occupancy. 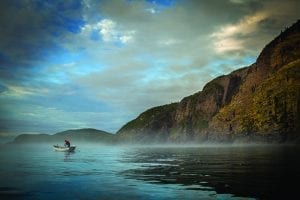 While St John’s might be a hip and trendy urban hotspot, the city is still bursting with history and folklore. Billed as the city of legends, the city’s history stretches back 500 years to its wilder days as a seaport stopover for all manner of brutish passengers. Dale Jarvis, a storyteller and folklorist at the Heritage Foundation of Newfoundland and Labrador, has led ghostly tours through the winding streets and back alleys of St. John’s since 1997. Victoria Street in the heart of downtown St. John’s boasts more paranormal reports per block than anywhere else in the city and elsewhere headless ghost roam and mischievous spirits live in lighthouses. By night, Dale is the proprietor of the St. John’s Haunted Hike ghost tour and raconteur of local tales. As a storyteller, he performs ghost stories, tales of phantom ships and superstitions, and legends and traditional tales from Newfoundland, Labrador and beyond.

Atop Citadel Hill lies Fort George, the most recent in a series of four forts that were built atop Citadel Hill to protect the Halifax Harbour.  Fort George was completed in 1856, and since then visitors have reported seeing various ghosts including soldiers, a man in a red cloak and an old lady who has been said to show herself in mirrors.  Ghost tours are now lead through the fort, and participants of these tours have reported seeing the spirit of a little girl who holds their hand.

Rates starting at £10 per person

Prince Edward Island’s newest haunted experience! Nestled in a spruce grove in the centre of Cavendish, the Route 6 Motel welcomed guests from all over the world with its promise of clean, comfortable rooms at an affordable prices. The owner was forced to close the motel in 1975 and the property has sat empty for the past 40 years. Recently, investors purchased the old motel intent on restoring it to its former glory and reopening it once again to happy families. However, they were unable to finish the project as they encountered numerous disturbing obstacles from the very first swing of the hammer. Come walk, run or crawl through the winding corridors of the Route 6 Motel and find out what lurks within.

Rates start at £10 for a Zombie Zone Pass

Travel Ideas to Combat the Bake Off Blues