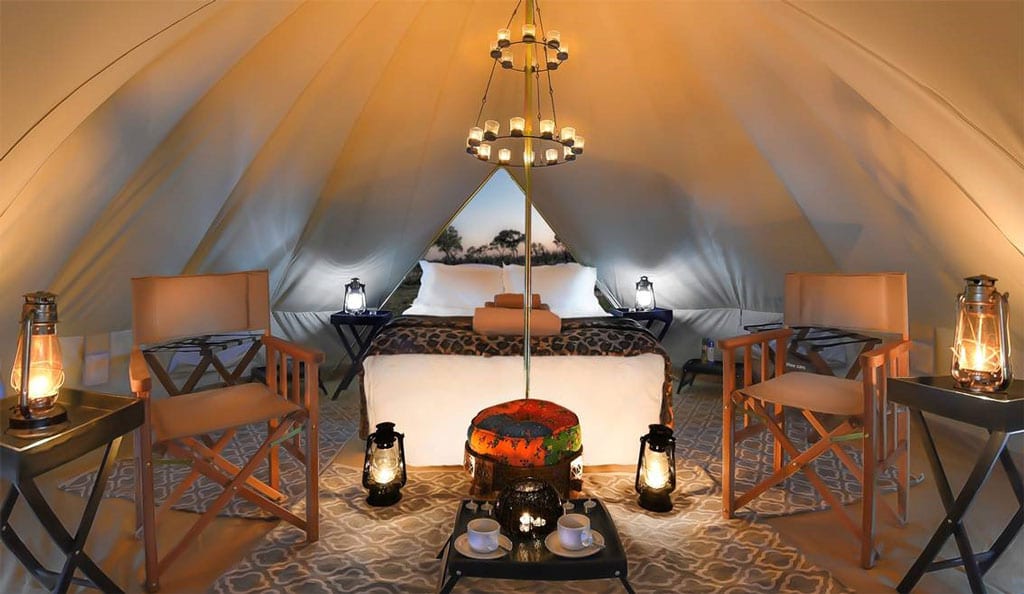 Begin this Botswanan adventure under canvas, the rare setting of the mobile camp exemplifies a community living in harmony with its natural surroundings. Guests rest in a luxurious mobile camp, leaving no lasting trace yet offering the finest levels of comfort and space with the warm Feline Fields team on hand, including a waiter, chef, cleaner and host. Inviting beds with fluffy duvets, a private ensuite bathroom with flushing toilet, copper basins and shower and a freshly cooked bush breakfast ensures guests are refreshed for a day of safari. Embark on twice daily game drives to witness some of the world’s most spectacular wildlife, explore the Okavango Delta by Mokoro canoe with a picnic in tow or venture to Chobe National Park known for its large herds of elephants. Being the only source of water for miles the Khwai River acts like a magnet for wildlife, all of which are drawn to drink from its source, making terrific game viewing including leopard, elephant, lion, buffalo, zebra, hyena, leopard, cheetah, wild dog, giraffe and hippo. 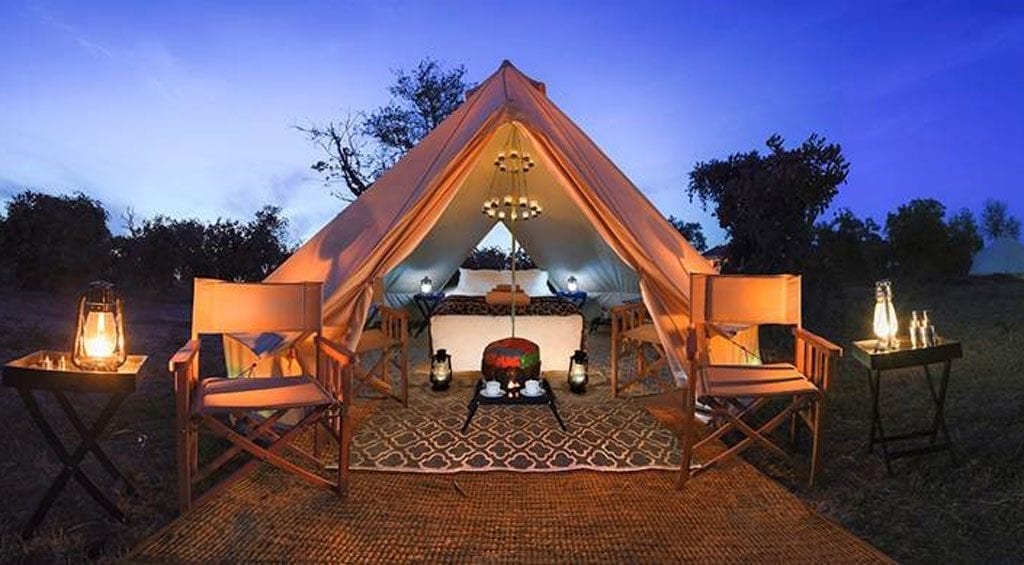 After two or three nights spent in the wilderness, be whisked by helicopter to The Lodge at Feline Fields just a forty-minute flight away. Landing in the middle of the remote, pristine Kalahari, The Lodge emerges like a mirage on the horizon.

After early mornings on safari, the schedule-free stay at The Lodge is the perfect respite. With just six suites, guests enjoy waking up to the fiery African sunrise. Game drives are conducted at flexible times throughout the day and night when possible in open safari vehicles. Guests can also head out into the Kalahari on foot or adapted sand-bike with an experienced guide to witness desert adapted species. At the Lodge, work out in Bush gym or with a game of tennis, before cooling off in the 25m lap pool or relaxing with a spa treatment in the open air. Fresh cuisine is served daily, inspired by the French influences of the Lodge’s owners.

For an insight into life on the savannah, guests can embark on a nature walk accompanied by the San Bushmen from Kaure Bush Campto discover the secrets of the savannah, as well as observing their centuries’ old trance dance under the stars.

This six night safari starts from $6,750 (approximately £5,093) per person. This includes: two nights mobile camping in Khwai, four nights at The Lodge at Feline Fields, a transfer one-way by helicopter between Khwai and The Lodge, return road transfers, all activities including safari in Khwai and a bushmen experience at Kaure Bush Camp, all meals and drinks (excluding champagne and French wines), laundry service, VAT and a €30 donation to the Feline Fields Trust.

New Properties and Gastronomic Experiences in the Dordogne