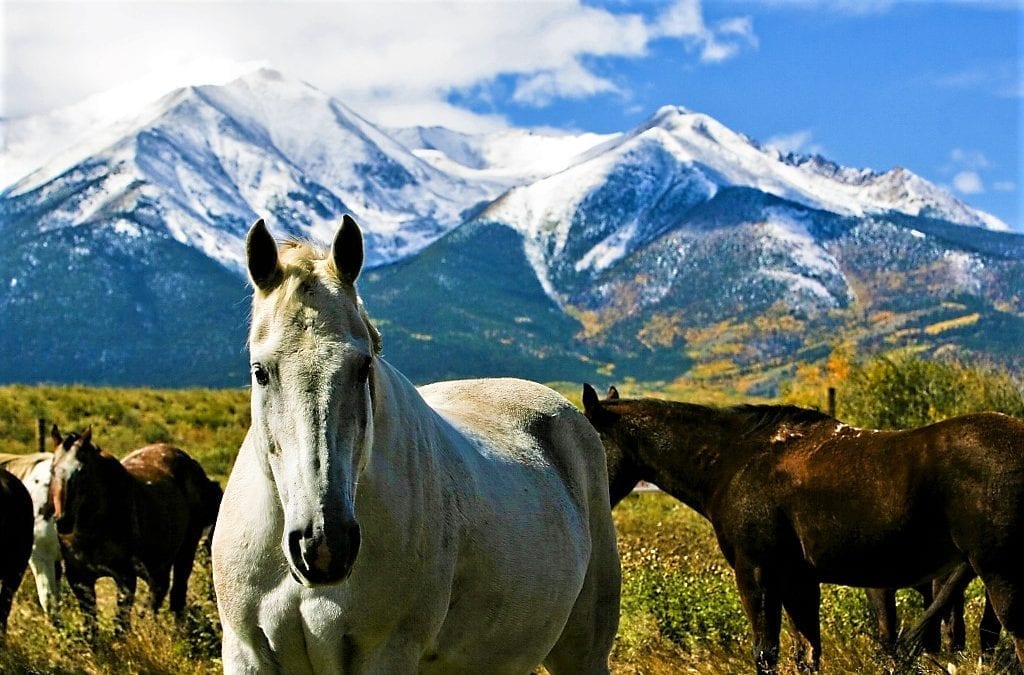 June 2019 marks the 50th anniversary of True Grit, the John Wayne classic about a young girl seeking to avenge her father’s death. Much of the movie was filmed in Colorado, a state which honours its Wild West heritage. Check out these six ways to have your own Western adventure in the ‘Centennial State’.

The National Mining Hall of Fame and Museum pays tribute to Colorado’s rich mining history and gold rush era. Mining was an integral part of Colorado’s development and was the reason many settlers came the state, in search of riches. The museum offers an insight into mining and visitors will learn about coal, gold and other gems through replicas of caves and mines. The fourth-floor terrace also offers a fantastic view of the Rocky Mountains.

Situated in the southwest of Colorado, Durango is a truly western town. One of its stand-out attractions is the Durango & Silverton Narrow Gauge Railroad Train, a coal-powered steam train which travels on a track laid in 1882. The journey begins in Durango and ventures through the beautiful San Juan National Forest before arriving in Silverton. There’s also a dedicated museum in Durango, which teaches visitors about Colorado’s important railroad history.

Look the part at Rockmount Ranch Wear in Denver

Founded in 1946, Rockmount Ranch Wear in Denver is a legendary shop selling cowboy and Western apparel. Its founder, Jack A. Weil, is responsible for the creation of Western shirts with snap buttons, which brought the attire into mainstream fashion. Many legendary celebrities have been seen sporting Rockmount shirts over the years, including Elvis Presley and Sir Paul McCartney, and they were worn by Heath Ledger and Jake Gyllenhaal in Brokeback Mountain.

The Whiskey Baron Dance Hall and Saloon offers one of the best nights out in Colorado Springs. Open Wednesday-Saturday from 6pm until late, the saloon offers an impressive selection of whiskeys as well as local beers. Every Wednesday night there are free line dancing lessons whilst on weekends, live music gets the boots scootin’.

Saddle up in the San Juan Mountains in Ouray

Whether you’re a complete beginner or wannabe-cowboy, horseback riding in the San Juan Mountains, Ouray, is suitable for all ages and abilities. Action Adventures Trail Rides offers a number of experiences that take in Colorado’s beautiful countryside. One of its most popular packages is the Buckaroo Ride, where riders navigate trails, creeks and see breath-taking mountain views. Much of True Grit was filmed in the area, too.

Conclude your Western adventure at the True Grit Café in Ridgway. Established in 1985, the café holds a large collection of memorabilia from the film and an original poster which has been autographed by most of the cast members. Its signature dish is the chicken fried steak, a tender piece of beef steak fried golden brown and smothered with creamy white gravy. Wash it down with one of the local beers.

Visit the Tribes & Lions of Gujarat