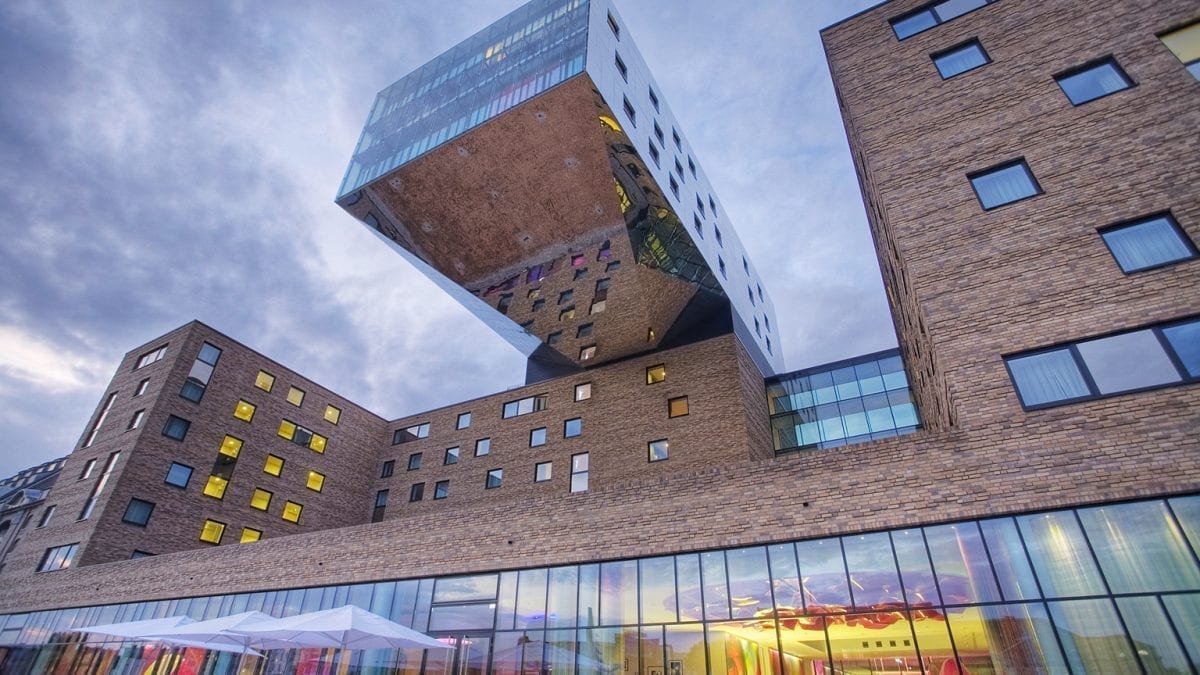 Europe is a melting pot of artistic creativity, from contemporary street art to avant-garde galleries and cutting-edge exhibitions and guests at NH Hotel Group’s nhow properties in Milan, Marseille, Berlin and Rotterdam will find that their hotel – as well as the city – boasts impressive creative credentials.

Those looking for the ultimate arty city break need look no further than the iconic and inspirational nhow hotels from NH Hotel Group. Inspired by the cities in which they are located, each nhow hotel is a unique creation by an inspired designer whose imagination knows no bounds. From ‘Europe’s first music hotel’ in Berlin to a take on fashionable avant-garde design in Milan, each property reflects its city’s creative culture and is the perfect base from which to discover Europe’s artistic jewels. 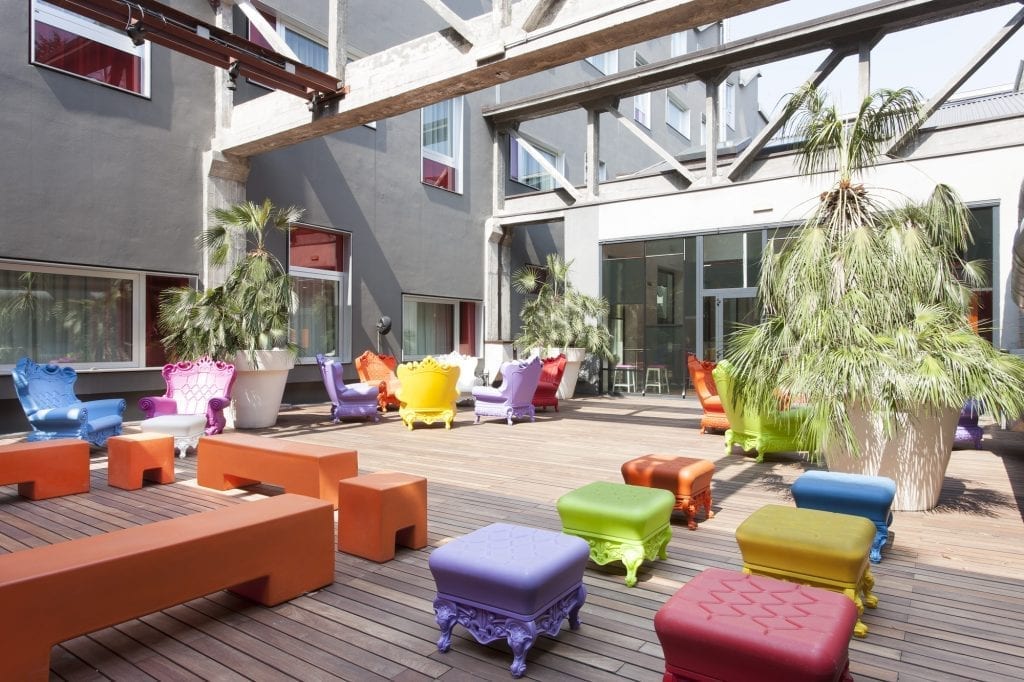 Milan is famous for being a centre of design, world-renowned as a fashion capital and boasting a rich artistic history that is as diverse as its modern art scene. From strolling around the Pinacoteca Di Brera museum to exploring the Pirelli Hangar Bicocca gallery or catching a show at the Fondazione Prada arts centre and cinema, there’s so much for travellers to pack in to an arty itinerary in the city.

Located in a former industrial building converted to an unconventional space that redefines the traditional concept of a hotel, nhow Milan is poised between classic and modern design, boasting a cosmopolitan atmosphere juxtaposed with typical Milanese glamour. Located in the heart of Milan’s fashionable Via Tortona design district, within a stone’s throw of the city’s most celebrated showrooms, it’s the perfect place for an art-filled mini-break. What’s more, the hotel’s lobby is home to a revolving art and furniture exhibit which showcases both local and international artists’ work. Prices start from £101 per room per night. 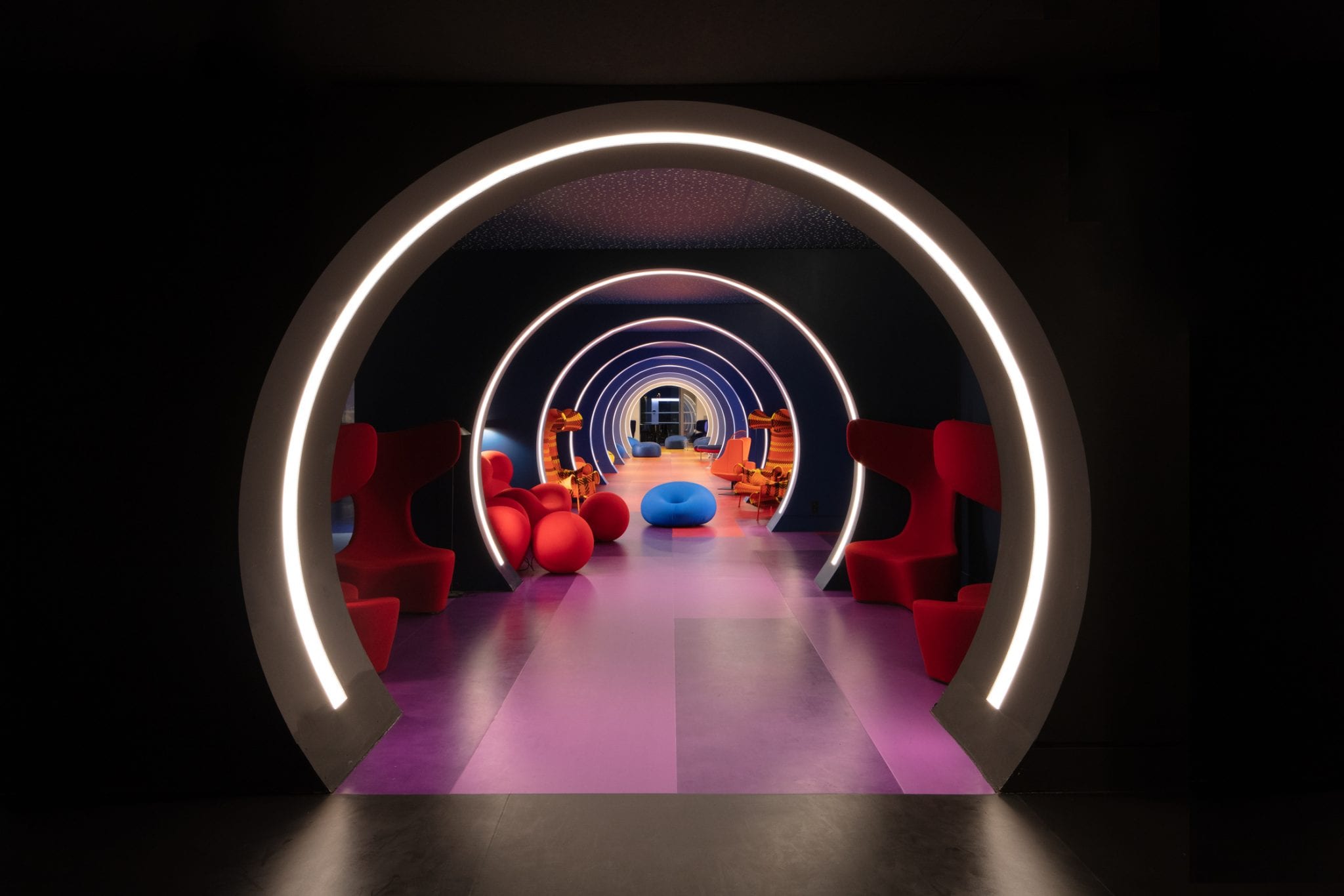 An exuberant multicultural city, Marseille is an artistic hub where splendour and grandeur meet edgy urban backstreets and buildings adorned with the works of local creatives. A jewel of the Provencal coastline, this waterfront city boasts numerous museums and galleries alongside a roster of vibrant cultural events for tourists and locals alike. In particular, the La Friche and Musée Cantini galleries are a must visit while Cours Julien is said to be France’s biggest quarter dedicated to street art.

Designer hotel nhow Marseille is nestled in the rocky coastline of one of the region’s most beautiful bays, perfect for travellers looking to soak up the art and culture of the city whilst being within easy walking distance of the beach. The hotel’s communal spaces are full of art work and unconventional design elements inspired by the city and iconic postcards of the French Riviera including a chandelier in the hotel’s Sky-Bar made up of 4,000 shimmering steel sardines. Prices start from £184 per room per night. 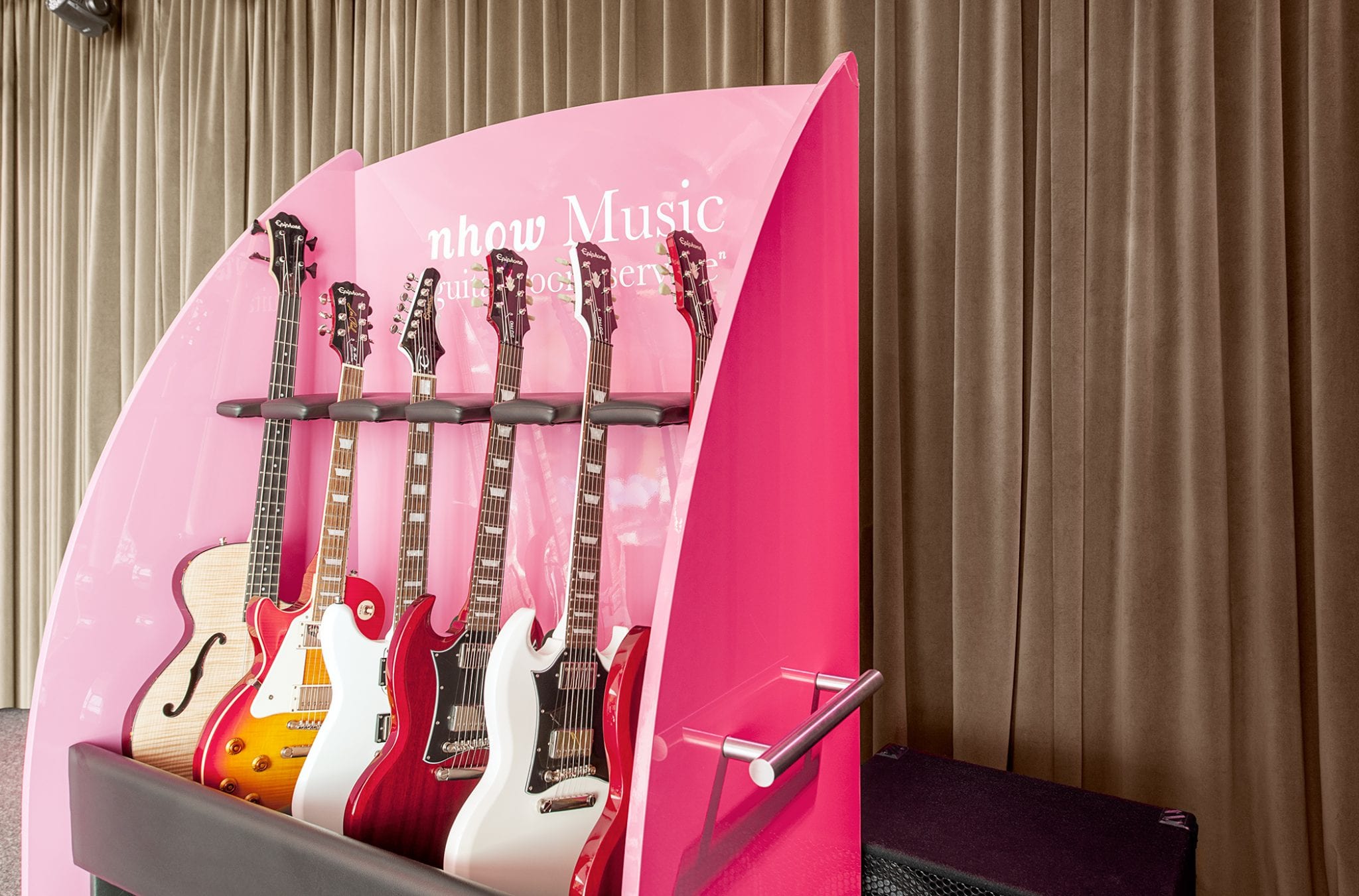 Berlin is a city that pushes the boundaries of creativity, packed full of galleries, museums, music venues and vibrant street art on almost every corner. Such cultural richness makes it the perfect mini-break location for travellers looking to explore a city beyond its tourist hotspots. Lovers of contemporary art should visit the Sammlung Boros, otherwise known as the Boros Bunker and one of Berlin’s most exclusive art experiences available only by appointment.

‘Europe’s first hotel dedicated to music’, the futuristic nhow Berlin is a design classic in the ultra-trendy area between Friedrichshain and Kreuzberg. Should inspiration strike during their stay, guests can call on a 24-hour room service menu of keyboards, guitars and Bluetooth speakers or head to the hotel’s very own music studio and recording booth. There’s also an art gallery, breathtaking views of the river Spree from the terraced bar and a nhow music night featuring up and coming artists on the first Saturday of every month. Prices start from £101 per room per night. 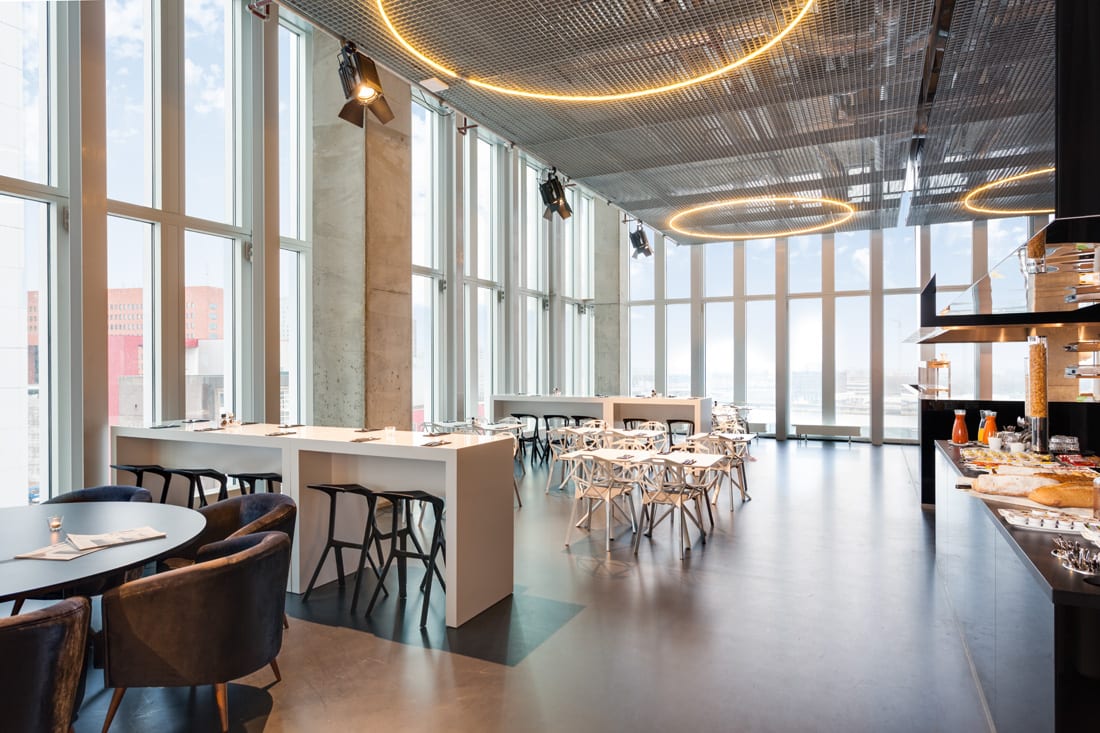 Rotterdam is understated and unmistakeably cool with some of Europe’s best urban art, contemporary architecture and design as well as an amazing food culture. An unmissable site in the city is the De Markthal, a towering horseshoe-shaped building that houses a food court selling delicious local cuisine. Take a look up whilst browsing the stalls and visitors will see one of the city’s most impressive modern artworks, the ‘Horn of Plenty’ by Arno Coenen and Iris Roskam, which sprawls across its ceiling.

Just across the water from De Markthal with an impressive waterfront position on Wilhelmina Pier, nhow Rotterdam is part of the sleek new De Rotterdam building which includes shops, cafes and restaurants. The hotel’s rooftop terrace, Gastrobar ELVY, boasts unbeatable views of the city skyline below and a minimalistic interior which emulates the stripped-back urban feel of the uber cool city below. Prices start from £109 per room per night.

Prices are room only, including VAT. They are subject to availability and terms and conditions. Visit www.nh-hotels.com for full details.

Stay in an Arctic Bath, Tree Hotel or Grotto