Bangladesh may be one of Asia’s most undervalued travel destinations. While the whole country is firmly off the beaten track for foreign travellers, it is full of undiscovered gems – from thriving cultural traditions to historical treasures rivalling many tourist hotspots in the region. History buffs will find a paradise during their Bangladesh travel with cities filled with dilapidated British-colonial buildings and alive with ancient trades and customs, while the town of Bagerhat is a Unesco World Heritage Site boasting dozens of medieval Islamic monuments. Even though the country proudly boasts the longest beach in the world, its biggest asset may be its people whose warm hospitality and friendly curiosity make travellers feel as if they’re close family.

What is now Bangladesh’s capital Dhaka was in the 18th century the commercial centre of the mighty Mughal Empire whose economy was the largest in the world. Nicknamed then ‘Venice of the East’, a lot of wealth flowed into Dhaka of which present-day remnants are its old palaces, forts and mosques that stand side to side with other historical and architectural treasures such as the 18th century Armenian church or the modernist National Parliament House designed by world-renowned American architect Louis Kahn. This being one of the world’s most crowded, chaotic and fastest growing cities, a visit to Dhaka is also an assault on the senses – you have to come prepared. Luckily there’s the wonderful rickshaw art everywhere on the streets to brighten your day!

Festivals occupy an important part in the culture and lives of Bangladeshis. From religious events such as the Muslim feast of Eid-al-Fitr or the Hindu festival of Durga Puja, to Independence Day and music and food festivals, there is always a reason to celebrate and get together.

The Sundarbans mangrove forest, the largest stretch of mangrove forest in the world and home to the highest density population of the endangered Royal Bengal tiger, is arguably the biggest natural treasure of Bangladesh – and also one of its most fragile. Book with a responsible travel agent to venture into this vast water world without disturbing its delicate ecology.

The Bangladesh population density is one of the highest in the world at 1,240 people per sq km and with a total population of 163 million (2019). Although the vast majority (98%) are Bengali, there are also small indigenous minorities who live mostly in the Chittagong Hill Tracts near the border with Myanmar. 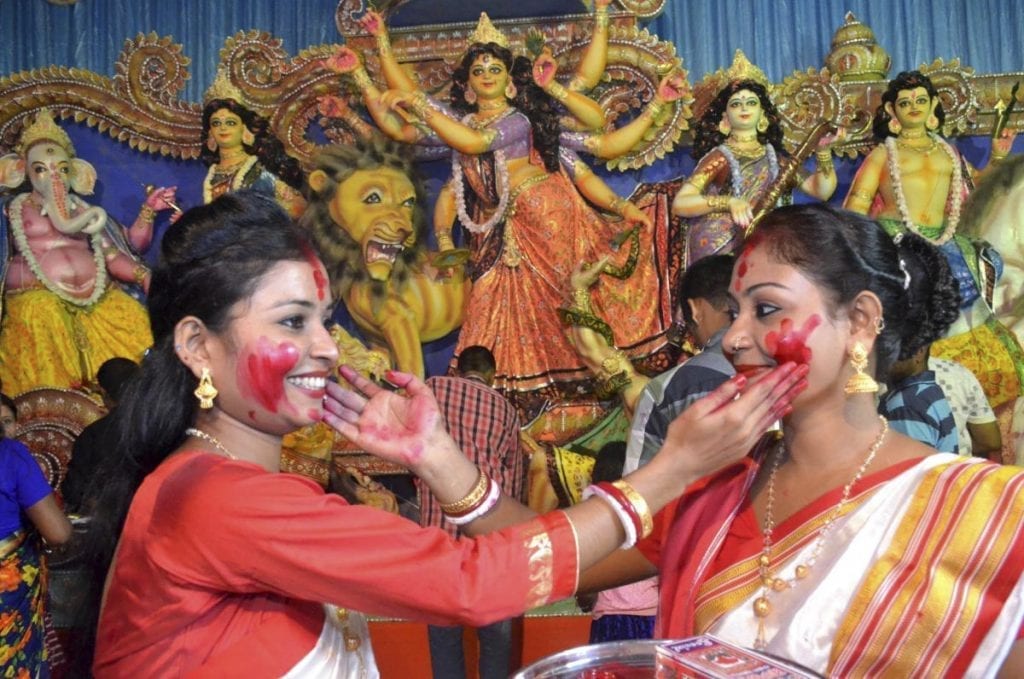 Durga Puja, one of the most important festivals for Hindu Bengalis, is the biggest yearly event in Kolkata and known as the Carnival of the East. Usually taking place in… 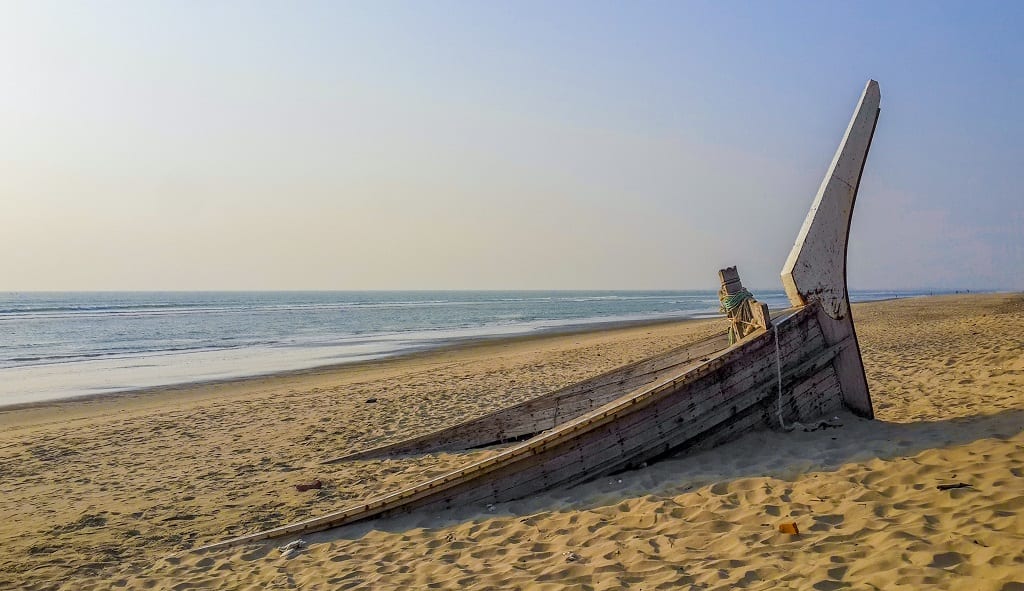 After crisscrossing Bangladesh by boat and bus, Johan Smits concludes his Bengal travel saga in Cox’s Bazar and gets away from it all on the longest beach in the world…. 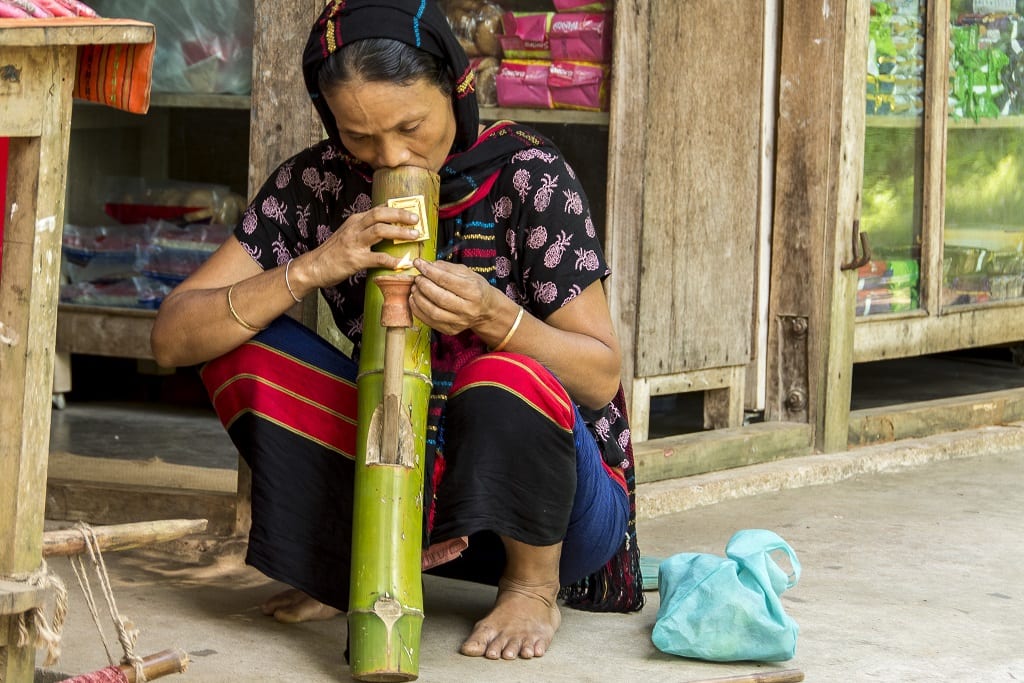 Johan Smits visits Rangamati Bangladesh in the travel-restricted Chittagong Hill Tracts – the country’s highlands and home of the Jumma people. I’m on my way from Chittagong, Bangladesh’s largest port… 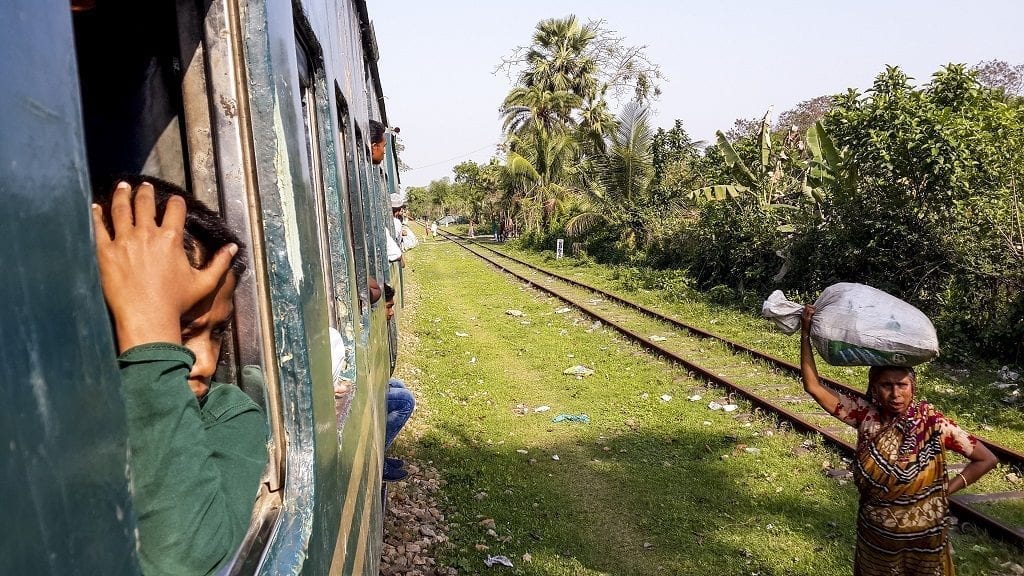 After visiting the capital Dhaka and taking a voyage to the Sundarbans mangrove forest, Johan Smits continues his Bangladesh travel by road, river and rail, encountering ancient relics and huge,… 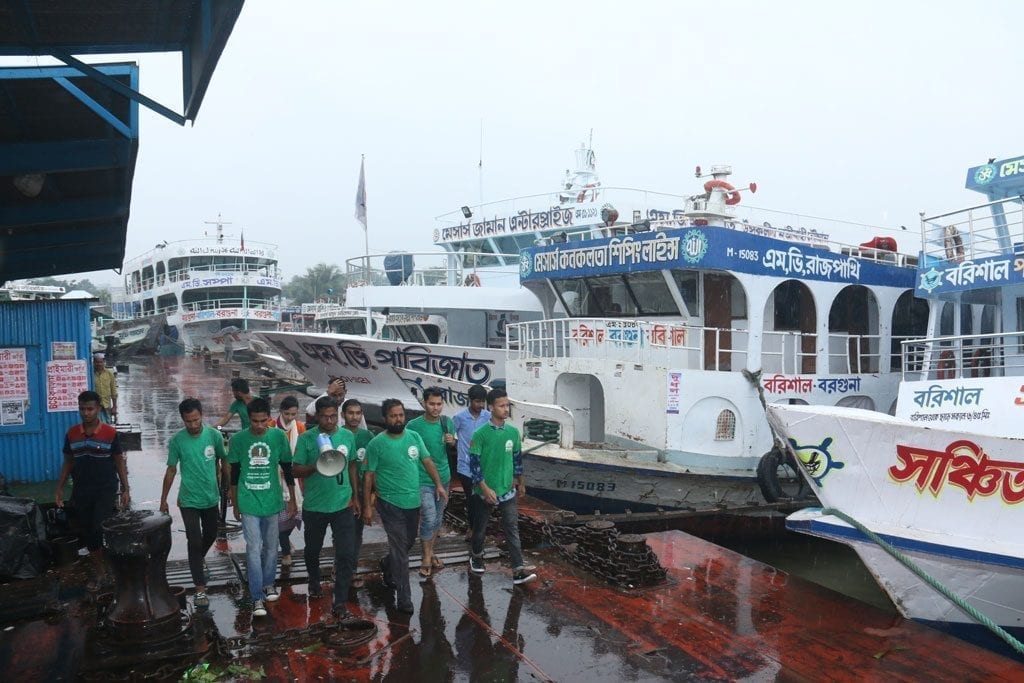 A tropical storm named Cyclone Bulbul has made landfall in Indian West Bengal and prompted the evacuation of up to half a million people in India and Bangladesh. Two people… Travel Begins at 40’s Johan Smits shares his love of the brilliant rickshaw art in Bangladesh with a series of colourful photos. To foreign visitors in Bangladesh, the ubiquitous and… 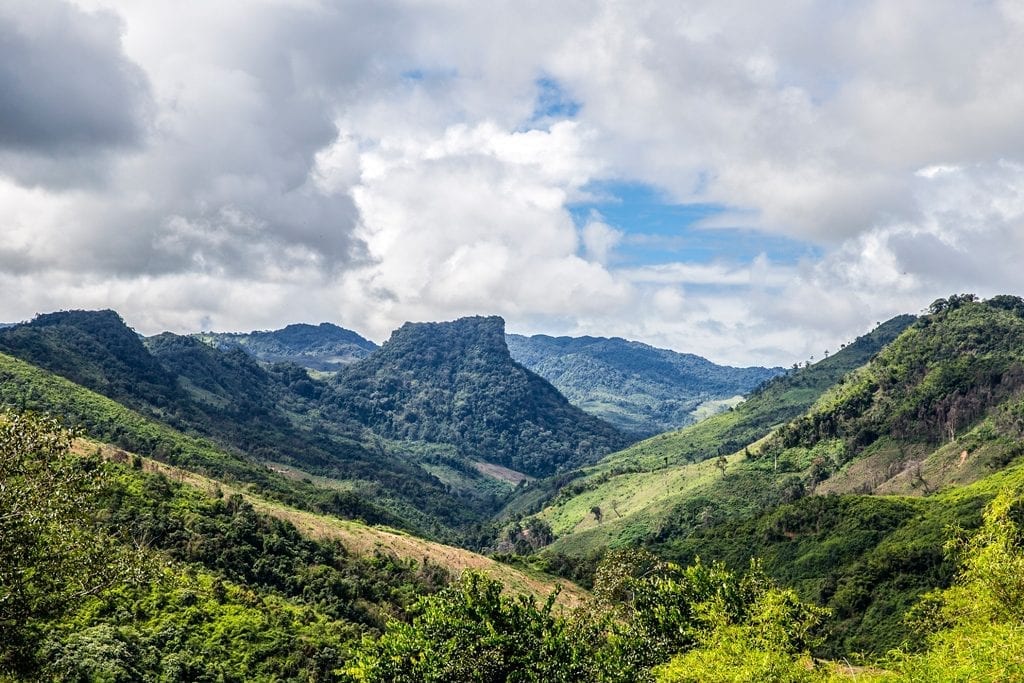 Travel Begins at 40 spills the beans about five themed and truly off-the-beaten-track destinations in different parts of Asia. When travelling in Asia, you may feel it’s getting increasingly hard… 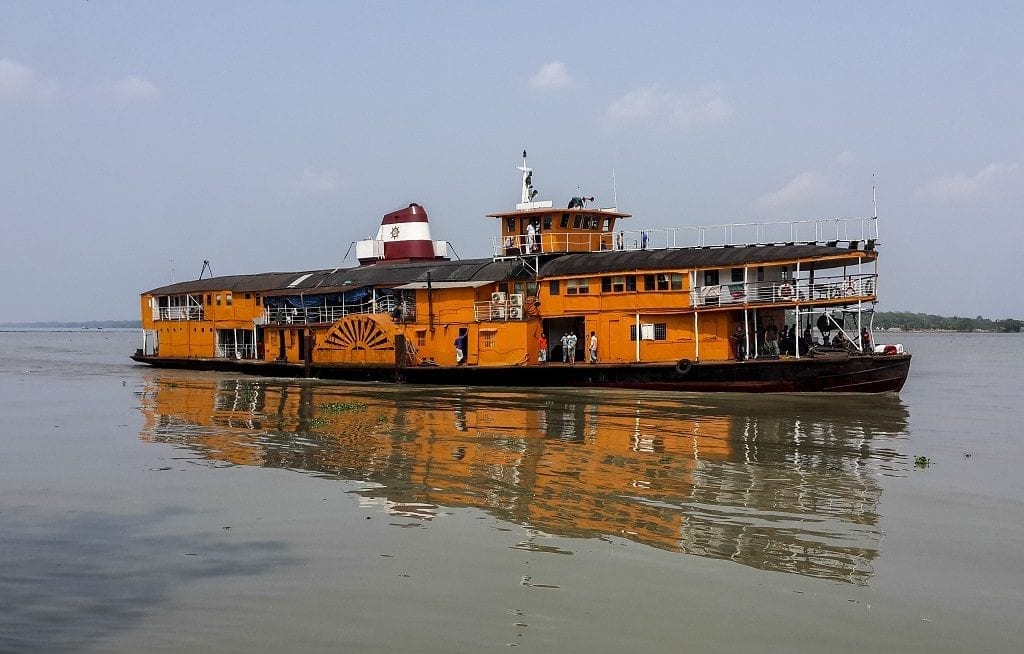 Taking an old paddlewheel steamer from Dhaka to the Sundarbans Mangrove Forest in Bangladesh, Johan Smits finds poetry, a lost city and a vast water forest. “What beauty, what shades,… 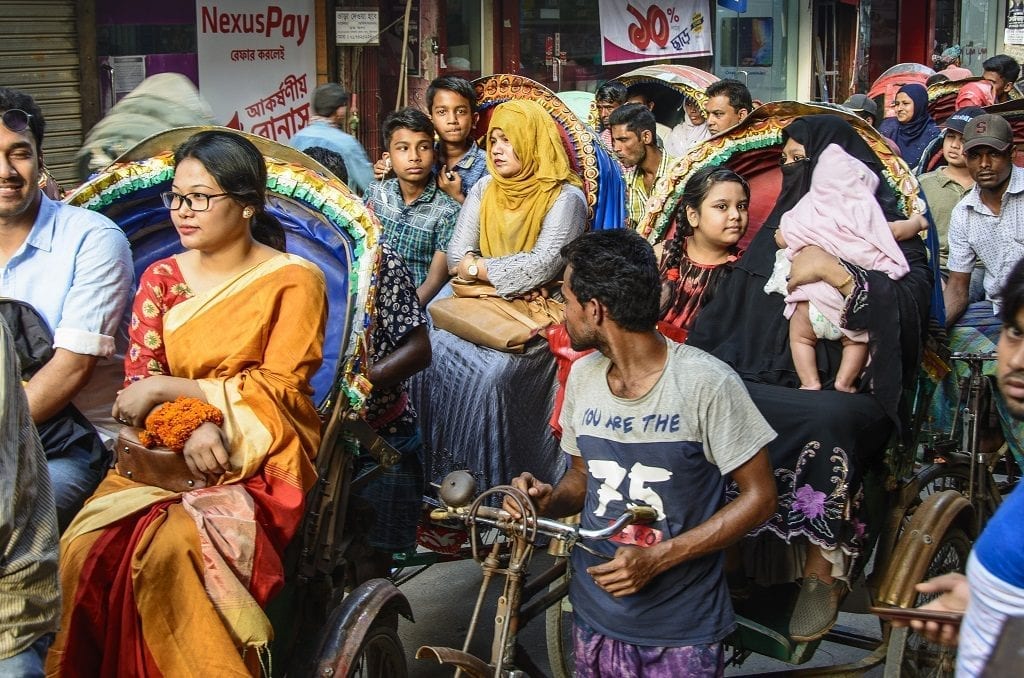 Johan Smits takes a deep breath before plunging into the world’s most crowded city, Bangladesh’s capital Dhaka. I’m a fan of Sci-Fi films. And often it’s the atmospheric, non-tech parts…