Kissing the Cod in a Newfoundland Screech-In

James Clark becomes an Honorary Newfoundlander by joining in the Screech-In ritual in the capital St John’s. 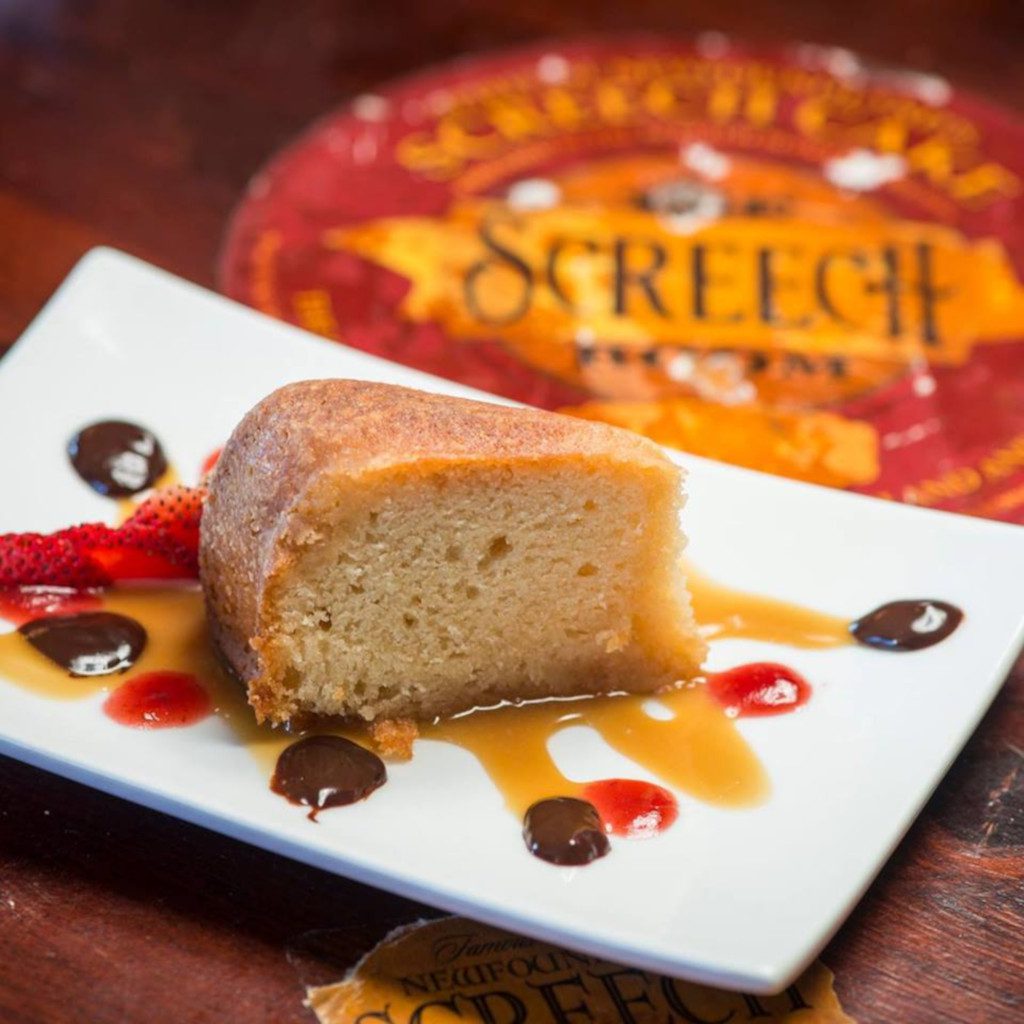 Kissing the Cod in a Newfoundland Screech-In

James Clark becomes an Honorary Newfoundlander by joining in the Screech-In ritual in the capital St John’s.

After devouring cod, chips, and gravy at a traditional Newfoundland kitchen party, it became clear that I was to be the first out of my friends to provide the after-lunch entertainment. My moment had come, I was about to become an honorary Newfoundlander.

This wasn’t my first introduction to the term screech-in. A few days before, I was outside a pub beer garden in my hometown Norwich while chatting to a group of Canadians. They all laughed when I said I was about to head to St John’s, the capital city of Newfoundland and Labrador, and mentioned I would get screeched-in. I wanted to know more, but ‘it’s a lot of fun and would definitely happen to me’ was the only information they were prepared to share. My curiosity was on high alert, and it took a lot of discipline to stop me from typing screech-in into the search engine when I returned home later that evening to pack for the flight.

From conversations while bar hopping along George Street in downtown St John’s it became clear that the term screech-in involved partaking in a ritual dating back hundreds of years to a time when settlers first started to arrive. It was customary to take them out for a night of music and dancing Newfoundland style. The night culminated in them getting screeched-in.

The Spirit of Newfoundland

The former Masonic Temple in downtown St John’s has been transformed into The Spirit of Newfoundland, by co-owners Kathi Hicks and Peter Halley. Joined by Keith Power and Natalie Noseworthy, they give locals and visitors a taste of Newfoundland culture through stories, song, dance and food. By night it comes alive with dinner, a show and a lot more cast.

Peter put a fishermen’s hat on my head, asked me to stand and thrust a mop into my hand. On any other occasion I might have been mortified that my host might be expecting me to clean, but this wasn’t any old mop. It’s a traditional Newfoundland musical instrument with bells, a face and a boot known as the ugly stick. I tried to play the ugly stick with a notched piece of wood, but my skills weren’t quite there. I was out of time with the music and the laughter, clapping, and singing became louder.

“You’re becoming an honorary Newfoundlander, and in Newfoundland, we have traditions. The first thing you must do is eat a piece of this bologna,” said Peter as he handed me a plate holding a small slice of the lunch meat. I’m no fan of spam, luncheon meat and any other sort of processed meats so I chewed and swallowed it fast. I was keen to progress to the next stage of the ceremony.

“Repeat this after me. ‘Deed I is me old cock, and long may yer big jib draw’.” I looked at Peter like he was crazy. My mind seemed unable to understand what he’d just said in what sounded to me like a thick Irish accent. The pressure was on, the kitchen party was in full swing, and all eyes were on me. I had no desire to let my fellow comrades down.

I took a breath and tried to repeat the phrase. I managed to get through half of the sentence before stumbling over my words to uproarious laughter. I asked Peter if I could have another go. He graciously said yes, and I made it through to the end of the phrase. The end of the speaking part of the ceremony.

Finally came the words everyone in the room had been waiting for. “Now you kiss the cod.” My friends howled with laughter as Peter approached me holding a large codfish. I took hold of the cod in both hands, I gave the fresh looking fish a quick look over and kissed the cod’s cold lips. Do fish even have lips? If not, then I kissed the area where I thought the lips would be. The crowd applauded enthusiastically, and the strangest part of this ceremony was over. I have been fortunate enough to have experienced many firsts in my life, and this was another one for the list.

Peter then poured a shot of Newfoundland Screech rum which I shot back as instructed before banging the empty plastic glass down on to the table with the required amount of attitude suggested. This part of the ceremony I completed without a hitch.

It was now time for my friends to take part in the ceremony, and for me to rejoin the kitchen party with a glass of Iceberg beer made from 10,000-year-old Iceberg water at the Quidi Vidi Brewing Company in St John’s. As some of my friends managed to complete the phrase, “Deed I is me old cock, and long may yer big jib draw,” without any mistakes, it dawned on me that volunteering to go first might not always be the best way forward.

When the songs, dancing, and all-round wild atmosphere calmed down for a moment we tucked into a slice of official rum screech cake before Peter presented us each with a screech-in certificate and card, and we were declared honorary Newfoundlanders.

Puffin Versus the Cod

Yet the laughter didn’t stop there as one of the group mentioned that during the screech-in ceremony when the Atlantic northwest cod fishery collapsed in 1992, the cod was replaced by a puffin and the ceremony involved kissing the puffin’s bum. We all burst out laughing, but I didn’t find out that the story wasn’t true until I looked online when I was back in the UK. In any case I’m relieved I got to kiss the cod!