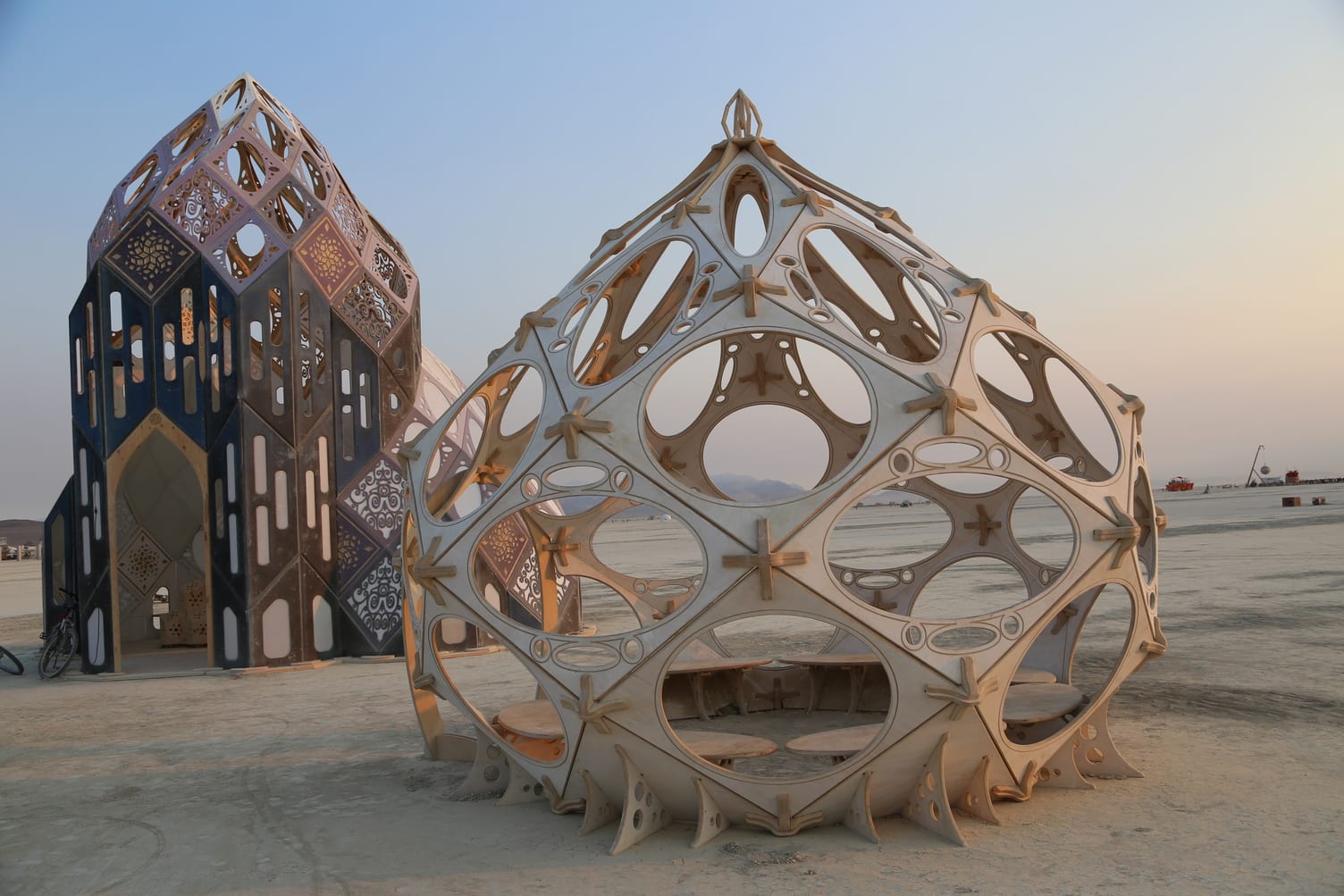 So, you’ve been to some music festivals and now want to go to Burning Man? Throw away all your previous perceptions as this is considered an ‘event’, rather than a festival, with an intriguing philosophy behind it.

At the opening of Cory Doctorow’s dystopian novel, Homeland, the protagonist, Marcus Yallow is giving away cold-brewed coffee and partying at Burning Man when he receives crucial, hacked information on an increasingly autocratic and corrupt US government. The action comes on quickly and the beginning of the novel gives a vivid taste of being a participant in the dust of the Black Rock Desert.

Don’t expect announcements of line-ups; the event itself is focused on creativity and community-living. Different groups contribute the art, drama, exhibitions, spectacles or music events that bring everything to life. The best way to get to the essence of what is to come is to look at the 10 Principles that underpin everything. These emphasise radical inclusion and community sharing; it is about barter and giving, money is not accepted; the focus is on self-expression and immediate experience, as opposed to consumption; be self-reliant and leave your part of the desert as it was before it all began.

The event is spread over several days and the culmination is the burning of the structures that have been created.

Tickets are available for $425 with an additional $100 for a vehicle. To purchase tickets for the event, click here.

What else is there to do around Black Rock City?

Sand, rocks and views of the landscape.

Black Rock City is designed to be away from modern life. The idea is to switch off your phone and fully interact with the people and the art around you, as per the 10 Principles mentioned above.

See below for more on elsewhere in the State of Nevada. The festival is from Sunday 25 August to Monday 2 September.

Burning Man is a bring your own tent/accommodation type of place. Toilets, or porta-potties with solar lighting, are available. See the website for more on this. You will see the Street Plan of Black Rock City and you pitch your tent by connecting to a theme, or group of people.

Despite its name, the Reno-Tahoe International Airport overwhelmingly handles domestic flights. It has flights from Chicago, Dallas, Houston, Las Vegas, Los Angeles, New York and San Francisco and many other cities across the USA.

From the airport, you will still need ground transport to get to Black Rock City, which you will need to organise beforehand. If you want to do this from the airport click here. However, you should also check this page and make appropriate plans before setting out.

For more on Burning Man

For more on things to do in Nevada