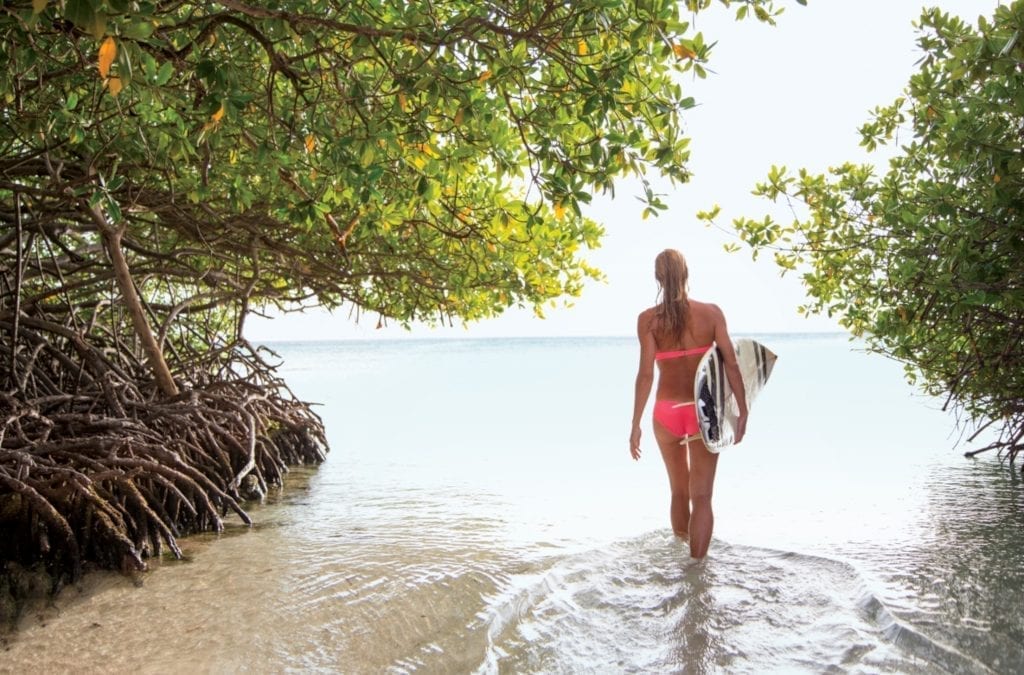 The Caribbean island has also prohibited the use of sunscreens that contain oxybenzone, although this is currently in transition with a total ban to be implemented in 2020.

Globally, coral reefs are suffering from bleaching, which occurs in warm waters. Chemicals such as oxybenzone damage the coral’s DNA preventing it from recovering from the bleaching and developing.

In September, Aruba launched its biggest ever voluntourism project to protect its endangered coral reefs, for the Aruba Reef Care Project.

Since 1995, the Aruba Reef Care Project has been perhaps the best known as well as largest volunteer environmental initiative on the island, raising awareness of the need to preserve the sea environment. Arubalife Organics markets a biodegradable 30 SPF Reef-Safe Organic Sunscreen Butter, made with natural ingredients such as shea butter, coconut and jojoba oils and beeswax.

According to the Coral Restoration Foundation, “Life on Earth needs coral reefs. They are the ‘rainforests of the sea’, supporting 25 per cent of all marine life, protecting our shores, feeding our people, providing breathtaking natural playgrounds that underpin economies around the world. Yet coral reefs are among the most endangered ecosystems in the world.”

The 2017 Aruba plastic bag ban reduced rubbish on the island’s beaches and sea. Environmental campaigners believe the total Aruba plastic ban will benefit the whole island leading to an improved environment for wildlife and tourists alike.

Things to do in Aruba

If you want more information about Aruba and its tourism industry, visit: www.aruba.com. Aruba Reef Care Project can be contacted via its Facebook page.

Travel for Less in Buenos Aires in 2020