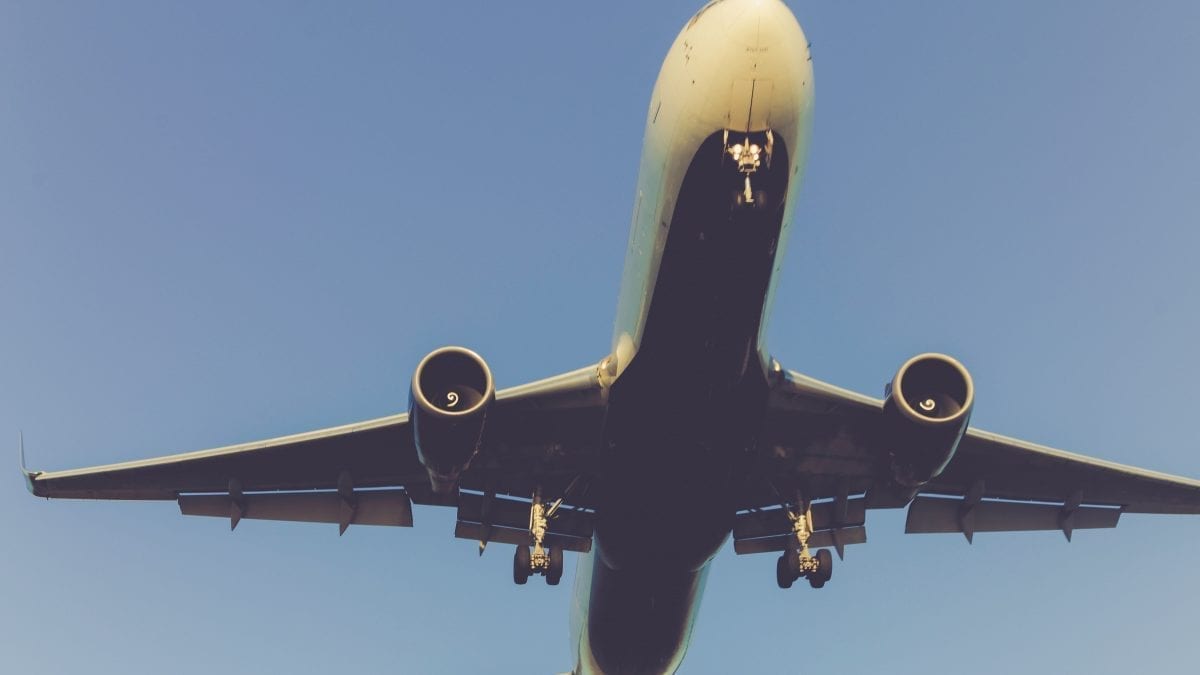 A project in South Wales is looking into the practicality of converting waste from Tata’s Port Talbot steel plant in to aviation biofuel.

Waste gases are an unavoidable consequence of the steelmaking process. Tata are working with LanzaTech, a US bioengineering company and the local Neath-Port Talbot council to see if this waste could be used to fuel thousands of flights per year.

The team estimates that 30 million gallons of aviation biofuel could be created by converting carbon-rich industrial gases (by products from the steel plant process) into ethanol, which can then be turned into aviation fuel.

“We accept Tata is one of the main carbon emitters across the whole of Wales,” Anthony Taylor, the local council deputy leader told BBC Wales News. “We don’t want to endanger the economic side of things, but we have to tackle the environmental issues from this as well.”

“It’s a bit like retrofitting a brewery onto a steel mill. We have also developed a technology that converts alcohols, such as ethanol, into jet fuel,” he told BBC Wales, adding that the process would help the aviation industry meet its carbon-reduction targets.

A Tata Steel spokesman told the news service, “LanzaTech has the technology to transform waste CO2 from the steelmaking process into ethanol and is now seeking permission to develop a plant at our site in Port Talbot to convert that into jet fuel.”

The airline trade body, IATA, estimates that passenger numbers will double by 2037 to around 8.2 billion a year.

Research is currently being carried out into the feasibility of electric airplanes, although there are considerable issues revolving around the battery, as well as distance the planes can fly.

Airbus is also looking into a hybrid airplane, which, according to the BBC, it believes could be commercially viable by 2025. A prototype E-Fan X demo plane is scheduled to fly in 2020.

It is understood that the electrification of long-haul flights, however, is still some way off.

“Gas turbine engines will be here for decades, Prof Iain Gray, director of aerospace at Cranfield University, told the BBC. “Most research [into electrification] is around very small aircraft.”

Although aviation biofuels could be part of the solution, there would need to be a massive upscaling of production in order to meet current fuel needs. A major airline might need up to four billion gallons of aviation biofuel per year, the BBC reports; a figure which puts the Port Talbot 30 million gallons into perspective.

In 2018, LanzaTech teamed up with Virgin Atlantic to power a jet from Orlando, Florida to London on recycled jet fuel. However, biofuel only accounted for 6% of the fuel mix.

Freya Burton, chief sustainability officer at LanzaTech, told the BBC that the “Sustainable Aviation Fuel (SAF) sector is at a tipping point”, with both infrastructure and investment lacking.

According to the BBC, LanzaTech claims it could develop three gas-to-ethanol plants in the UK by 2025, producing about 125 million gallons of Sustainable Aviation Fuel per year, if it received government support. Currently, aviation biofuel is more expensive than conventional aviation fuel.