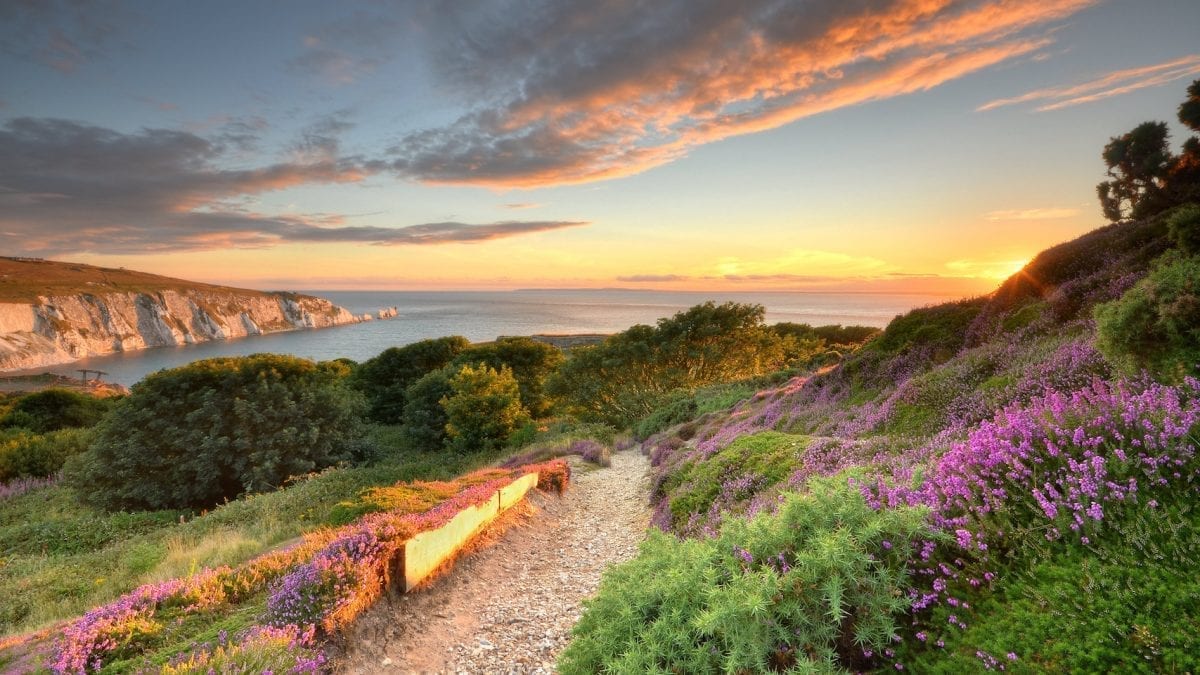 The Isle of Wight was awarded UNESCO Biosphere Reserve status on Wednesday, 19 June, in recognition of it offering one of the best areas in the world for managed landscapes where the human impact is not detracting from the landscape and wildlife, thanks to the work of various organisations and land-owners.

The Island’s elevation to UNESCO Biosphere Reserve status greatly enhances its reputation as a special place to live – and also, in tourism terms, to visit.  There are now just seven Biosphere Reserves in the UK, and the Isle of Wight is the first area in England to receive this accolade for seven years.

The Biosphere Status covers the whole of the Isle of Wight, and the Solent, and the Island’s AONB is currently building a website to provide the public with full details of its true meaning.

Put simply, UNESCO has officially recognised this as one of the finest landscapes in the UK – one which visitors enter as soon as they step on board the ferry: “from blustery downs to secretive salt marshes teaming with life; from Victorian beachside resorts to wild surf strewn beaches”.

It also encompasses and recognises everything from locally produced food, to the white chalk stacks of The Needles; and from activities such as walking, cycling, watersports and fossil hunting, through to year-round events.

For ideas in what to do while in the biosphere reserve, read: Isle of Wight Holidays: Walks, Pubs and Victoria.

The Isle of Wight has always had a reputation for being somewhere to spot rare wildlife species, such as the red squirrels in the woodlands, Glanville Fritillaries (butterflies) on cliff walks, and the Ventnor Wall Lizard sunning themselves on rocks – in addition to plants that occur nowhere else in Britain.

In 1963, half the Island was designated an Area of Outstanding Natural Beauty, and the Isle of Wight Coastal Footpath stretches over 64 miles – with over 500 miles of designated footpaths and plenty of designated trails criss-crossing the Island as a whole.

The UNESCO accolade will build on its sustainable tourism initiatives, including the recently launched Slow Travel Guide to the Isle of Wight; and will also highlight it as a destination for those in search of outdoors and wellbeing breaks.

For visitor information about the Isle of Wight, go to https://www.visitisleofwight.co.uk. Further details of the biosphere recognition can be found here.

Get Outdoors in Greater Palm Springs