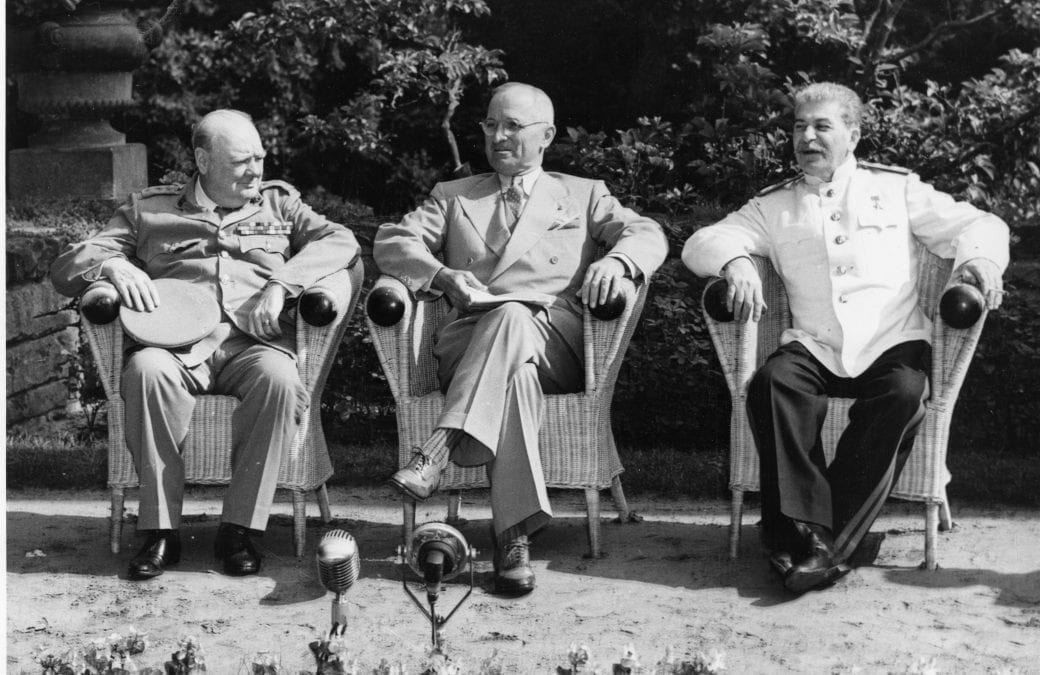 A new exhibition held in the Cecilienhof Palace, marks the 75th anniversary of the Potsdam Conference that saw Truman, Churchill (later Attlee) and Stalin deliberate on the reorganisation of Europe following the end of the Second World War.

The exhibition, entitled ‘Potsdam Conference 1945 – The Reorganisation of the World’, takes place in the actual Cecilienhof Palace, Potsdam, and opened on 23 June. It will run until the end of the year.

The exhibition uses diary entries, historical film footage, contemporary documents and loans from Germany and abroad to bring to life the events that led to the signing of the Potsdam Agreement.

Mixing artefacts and multi-media, the exhibition presents both the geopolitical decision-making process and the peronal voice of participants at the conference.

There are four topics featured in the Potsdam Conference Exhibition:

Visitors can travel back in time and imagine they are at the conference as well as seeing the historic rooms of the Cecilienhof Palace – including the conference hall and the delegation offices – as well as the garden terrace, where the “big three” were photographed in wicker chairs (see main photo).

The organisers have implemented a series of measures for the safety of visitors, and as such there is a limit on the number of tickets available. Visitors need to wear a covering over their mouth and nose as well as maintaining a distance of 1.5 metres from other people. No group tours are permitted.

The Cecilienhof SPSG app can be downloaded for free from either App Store or Google Play.