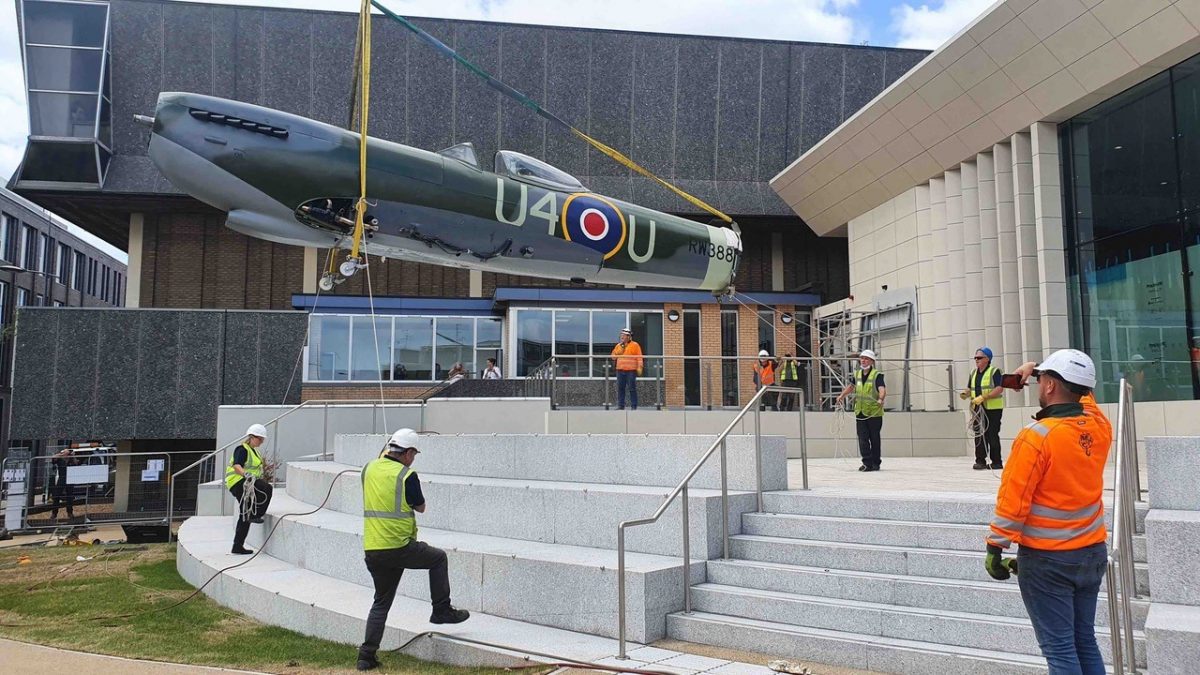 Stoke-on-Trent’s iconic Spitfire will be unveiled in its stunning new museum gallery today (15 September) – the day which marks the RAF’s victory in the Battle of Britain.

A VIP launch event will be held at the Potteries Museum & Art Gallery’s new striking glass-fronted extension before the restored aircraft, and its new home, opens to the public for the first time on Saturday, 18 September.

As well as getting up close to one of Britain’s most famous aircraft, the new free-to-visit gallery will offer visitors a chance to “pilot’ a Spitfire and will reveal more about the story of the plane and its designer, Reginald Mitchell, who has close connections to the city.

Among those attending the private launch on Wednesday, 15 September, will be his great-nephew Julian Mitchell, who will talk about the history of the aircraft and the amazing efforts to preserve and restore Spitfire RW388.

For the public opening of the new 3,800 sq ft gallery – which features glass walls at the front and back, so the public can see the plane lit up at night – organisers are planning a series of family, education, and business events, with links to the Spitfire and World War Two themes.

For the last three years, the Spitfire – based on Mitchell’s famous design – has been in a workshop 200 miles away in Kent, where aircraft preservation specialists have painstakingly restored the plane to its former glory.

Aircraft RW388 was then transported back to Stoke-on-Trent in June, with a huge crane finally lifting the precious cargo into its new home.

Since then work has continued on the Spitfire Gallery, which has been designed and built by Morgan Sindall Construction and funded by Stoke City Council.

As well as its striking glass walls, the new gallery also features a simulator, allowing visitors to experience what it would have been like to pilot the aircraft, Part of the gallery will be used to project video, animations and images about the plane and its designer, Reginald Mitchell, who lived in Normacot and was educated in Stoke-on-Trent before becoming one of the greatest aeronautical engineers of his generation.

The museum’s café is also being updated with a more modern look as part of the work, while the public realm is being improved outside the gallery.

The exhibition has been funded through a successful bid for £210,000 from a joint funding pot run by the Department for Digital, Culture, Media and Sport (DCMS) in partnership with the Wolfson Foundation. Further funding totalling £47,000 was also raised with help from Operation Spitfire, The Friends of the Potteries Museum and Art Gallery, and through visitors’ donations.