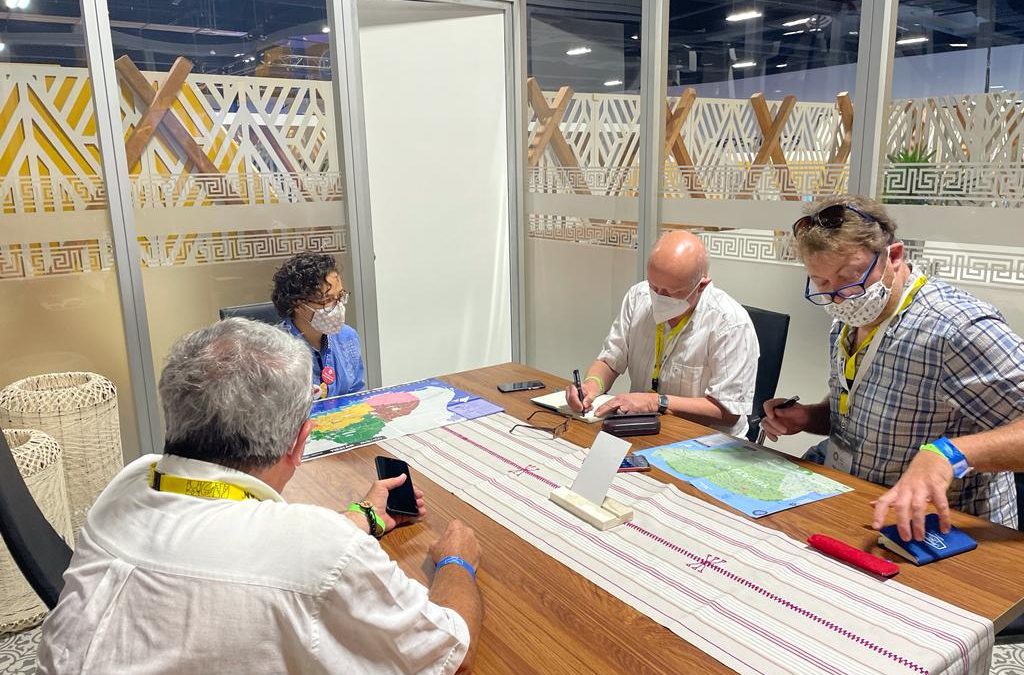 The 45th edition of the Tianguis Turístico de México event, held in Mérida, Yucatán, under the slogan “The Rebirth of Tourism” aimed to make a statement, summed up by state Minister of Tourism Michelle Fridman.

“We understand this as the rebirth of Mexico’s tourism” said Fridman at the welcome dinner Yucatán hosted. Indeed, with record-breaking attendance and participation at this year’s confab here, there can be no question that Mexico’s tourism industry is alive well and ready to get back to business.

With the main trade show days taking place 16 to 19 November, Mexico’s most important industry event exceeded expectations, even in the middle of an ongoing pandemic. Some 1,635 buyers from across the globe attended — surpassing the 2017 record of 1,608 — as did a record number of Mexican tourism providers, at 1,017. In total, 57,287 business meetings were held between Mexican providers and buyers.

Rescheduled four times due to Covid-19, the 45th Tianguis Turístico was an important part of the positioning of Yucatán on the tourism stage, and state tourism promotion body Sefotur worked with local business owners to ensure all its tourism offerings were center-stage for the event.

The state’s cultural, gastronomic, heritage and archaeological wealth were presented in food markets, where 16 restaurants offered endemic dishes such as cochinita pibil; a Maya Village, where inhabitants from different regions showed their crafts and products; and the adventure tourism expo, where attendees learned about various activities that Yucatán offers in this regard — for example, visits to cenotes and Mayan villages. University tourism students and other participants were able to take part in an educational agenda with seminars and master classes on the state’s tourism infrastructure and planning.

Yucatán’s trade show pavilion was one of the fundamental elements in the promotion of its tourism offering, dividing the state into six regions designated as Ruta Puuc and Mayan Villages; Cenotes and Haciendas; Mundo Maya; Puerto Maya; Mérida, Cultural and Gastronomic Capital of the South; and Yucatán Riviera. Local tourism providers held more than 6,000 meetings with buyers, which will provide results in both the short- and long-term for the destination.

Prior to the conference, Fridman led a tour for international investors of the state’s 150 new tourism infrastructure developments, including Xibalbá Park, which will be a circuit of eight cenotes. Fridman reiterated her commitment to continue promoting the development of new tourism products, always from the perspective of sustainability. The state of Yucatán currently stands third among Mexican states in terms of most investments reported.

Tour operators, wholesalers and other product buyers also participated in familiarization tours to experience the state of Yucatán’s tourism offerings, while over 100 international journalists participated in press trips under the themes of luxury, community, gastronomy, adventure and the World of the Maya.

A key part of the Tianguis Turistíco in Mérida was the celebration on the state’s musical heritage, by offering a show at Hacienda Xtepén, located in Umán, which included a tribute to maestro Armando Manzanero. This event had the participation of national and international singers and composers, such as Francisco Céspedes, Ana Torroja, Filippa Giordano, Susana Zabaleta and Alex Syntek, among others, who delighted those present with their interpretation of melodies by Manzanero, considered one of the most successful composers in Latin America.