On his stay in Stockholm, Mark Bibby Jackson discovers at Downtown Camper that initial impressions can be deceptive. 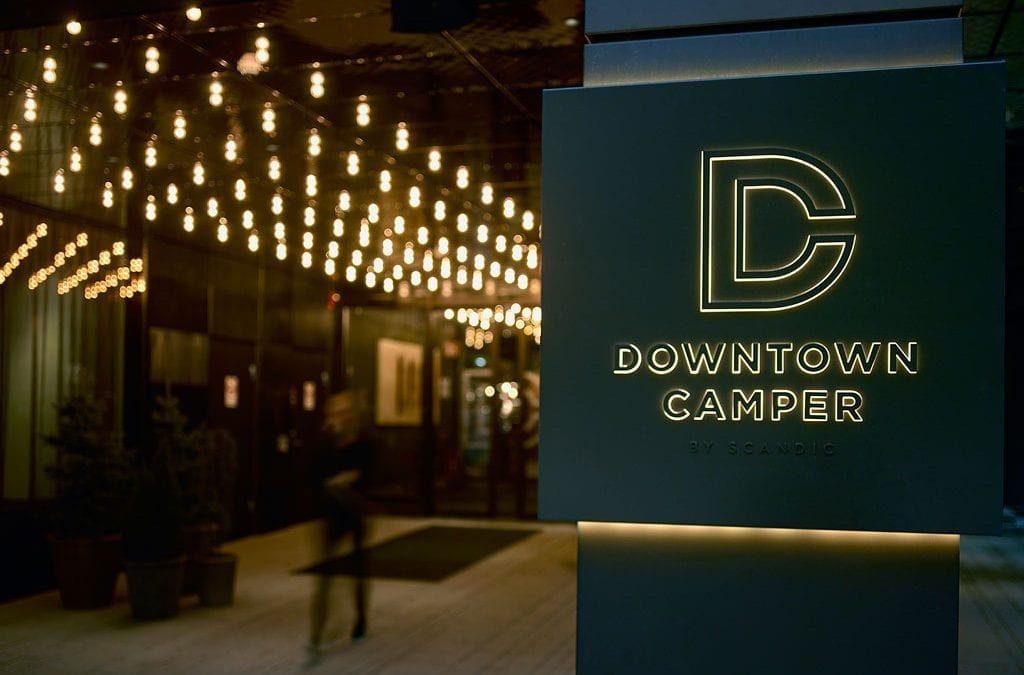 On his stay in Stockholm, Mark Bibby Jackson discovers in central new hotel Downtown Camper by Scandic that initial impressions can be deceptive.

The moment I walked into Downtown Camper I felt over-aged. Family and friends will tell you that I am someone who has never really grown up. But checking into the urban campsite hotel in Central Stockholm I sensed I was twice the age of the desired clientele. Then I looked around and noticed that many about me were if anything older than myself – and perfectly coiffured; it was as if I had wandered onto a film set. Over-aged and under-dressed – two of my recurring nightmares had just turned into reality.

Then I walked towards the bar, ordered myself a craft beer and relaxed. Perhaps I wasn’t so out of place after all.

Downtown Camper only opened last autumn and already it has developed something of a following with local Stockholmers if the crowd jostling with me at the bar is anything to go by.

At the time Jacob Dahlberg, its general manager, said, “We’ve created a hotel for the curious traveller who not only wants unique experiences, but also contributes to creating them.” In full agreement with the former sentiment, I ordered another beer in order to do my bit for the latter. Then I moved towards the central campfire when people sat around the flames imagining marshmallows toasting, chatting and sharing their food.

Dahlberg and his team have gone a long way towards creating the atmosphere of a campsite in an urban environment, from the playful interior design inspired by nature, to the co-living spaces and even the large net suspended above the reception area where guided meditation sessions take place. You can even order tinned sardines in the restaurant.

This is certainly a hotel that caters for the independent and responsible traveller. Bikes, walking poles, skateboards, kayaks and sportswear are available for guests during their stay, and Australian, Kristian Hell, dubbed ‘Mr Know-It-All’ of Stockholm, acts as the hotel’s Lifestyle Concierge, offering tidbits of advice on what to do in Stockholm and the old town or Gamla Stan and the quirkier side of the city. Those wishing to stay in the hotel can relax in the games room, and play backgammon, chess and shuffle board. There’s also a cinema which has a film club on Sundays.

Perhaps the most appealing part of the hotel is rooftop The Nest. A child-free venue for adults to unwind, in addition to the bar with its panoramic views of Stockholm, there is a sauna and heated swimming pool, ideal for decadent early evening dips, champagne in hand.

All-in-all, despite my initial reservations, I was most impressed by Downtown Camper. Much more than just a bed for the night, it really is an urban retreat which people can use as a base to explore the beautiful city. And as for feeling over-aged, I am reminded that being an independent traveller is all about the mindset rather than the age. Another beer? Well if you insist. After all who’s counting?