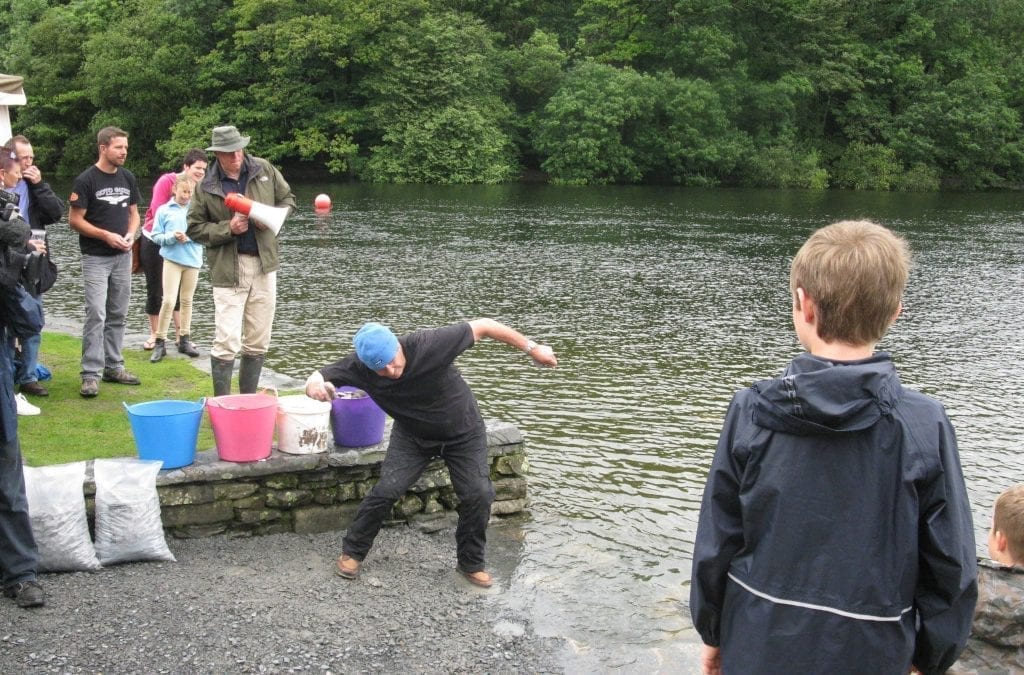 A quintessentially English event, just a stone’s throw away from some of the most beautiful scenery, is set to see ‘athletes’ from across the country rock up to Windermere to celebrate its 10th anniversary and chance their arm. The environmental fundraising event, the All England Stone Skimming Championships, organised by South Cumbria Rivers Trust, is taking place on 18 August at National Trust Fell Foot Park on Windermere, in the southern Lake District, close to Newby Bridge.

Anyone can have a go and enter the championships, to try to realise a dream of perhaps setting an official English sporting record, or just winning their category and taking home a medal and the kudos of being 2018’s winner.

Organisers will be on hand to usher contestants to the water’s edge and then direct them, so that they know they must throw their stone within a designated lane on the water and have it bounce at least three times to record a distance. From there, the winners are those who throw the furthest distance.

Over the years, the Championships have seen fabulous records set by not just serious throwers on the circuit, but newcomers who have taken the competition by storm, as was the case last year, when unknown Gareth Twamley set a new record in the men’s event with an 88-metre skim. This inspiring feat is sure to see many more people trying to emulate his feat.

Visitors to the stone skimming event will be able to enjoy watching competitors skim their stones or have them plop with a rather large splosh. All visitors will also be able to enjoy activities organised by National Trust Rangers, many of which have a suitable stone-focused theme.

This year, South Cumbria Rivers Trust will not just be handing out medals and places in the official English sporting record books, but also raising money for the Bomber Command Memorial, marking the 75th anniversary of the Dambusters Raid.

Stone skimming inspired the creator of the Bouncing Bomb, Barnes Wallis, who frequently skimmed stones with his sister, as a child. His understanding of how an object could bounce on water changed Britain’s fortunes in World War II, following the Dambusters Raid. However, that fight for British freedom meant loss of life for many airmen who bravely faced the German flak as they attempted to destroy Germany’s major dams. Of the 133 men who set off in their aircraft, 53 were killed and three were taken prisoner.

More information on the All England Stone Skimming Championships

Can be found at https://www.facebook.com/SouthCumbriaRiversTrust/