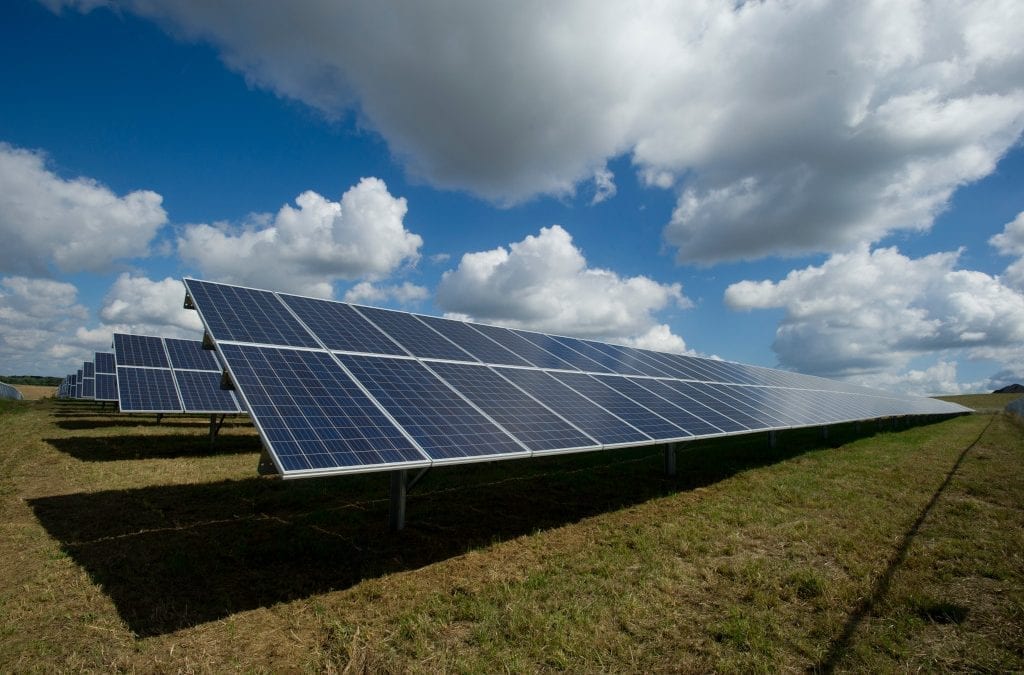 Are Solar Powered Trains the Future?

With the mounting debate on climate change and the movement against flights taking off, many people are choosing to travel by train, but are these diesel guzzling – or electrified – modes of transport kind on the environment? Could solar powered trains be the eco-future of transport?

A scheme in the UK suggests that it just might be.

On 23 August, trackside solar panels started to supply the energy for lights and signals on the Wessex line. Although the pilot scheme is relatively minor in scale, if proved successful, the intention is for solar panels to power the line itself, creating solar powered trains.

Network Rail is spending billions on electrifying lines that currently run diesel trains, in a measure seen to reduce greenhouse gases and pollution.

Although the use of solar panels within some of the main stations in the UK is not unfamiliar, the Aldershot pilot project will be the first time a solar array will plug straight into a railway’s traction system.

Network Rail Wessex line’s director, Stuart Kistruck, told The Guardian newspaper that the railway line will roll out the solar technology throughout the network if the test results prove positive.

The project was developed by NGO, 10:10 Climate Action and the Imperial College London, with funding from Innovate UK.

Research team Riding Sunbeams, calculates that solar could be used to electrify parts of the Merseyrail lines (Liverpool), as well as other services in Wessex, Kent and Sussex.

Plans are also on track to provide solar powered trams in London, Edinburgh, Manchester, Glasgow and Nottingham, states Riding Sunbeams, according to The Guardian.

Riding Sunbeams director, Leo Murray, says future projects could be owned by the community. Not only would such measures combat climate change, but they could lower energy costs. Murray adds that solar rail schemes could be particularly effective in sunnier climes than the UK.

India already has 250 solar powered trains with solar panels installed on the train roofs. However, according to The Guardian, problems caused by the extra weight of the trains, due to the introduction of the panels, has led to the railway investigating the feasibility of powering trains through solar farms trackside.

By 2025, the national railway expects that more than 30% of its electricity supply will be fed from renewable sources, The Guardian reports.

6 Things to Do in London on Bank Holiday Monday