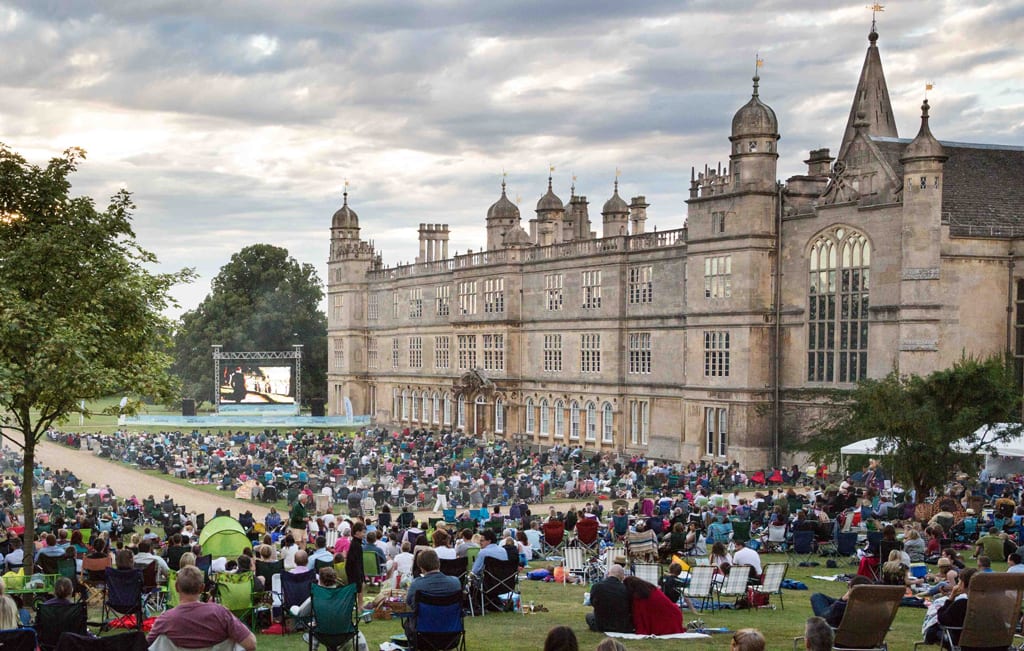 Mark Bibby Jackson Posted on 3rd May 2018
From Jive Talking to Hakuna Matata, film fans are in for some extra treats this summer when one of the UK’s most picturesque outdoor cinemas returns with five days and nights of silverscreen at the Burghley Film Festival from July 25 to 29.
For 2018, there be open-air screenings of hit movies ranging from Saturday Night Fever to The Lion King – along with a spot of Murder on the Orient Express as well as acclaimed war epic Dunkirk – but also some tasty extras too, set in the beautiful South Garden with the Tudor house and Capability Brown-designed parkland providing a spectacular backdrop to the Big Screen.
New for this year will be a food market style area offering filmgoers a host of foodie treats – including American classics served from an airstream trailer – alongside top movies, timeless classics and family favourites during daytime and evening shows.
Among the returning Big Screen favourites are real ales, the G& T bar and Pimms on tap, plus the chance to hire Burghley deckchairs, avoiding the need to carry your own chairs.
Discounted advance tickets are now on sale, either for the daytime screenings featuring two family films – including Paddington 2, The Lego Batman Movie and Beauty and the Beast – or the evening session, which features Top Gun, Gladiator and The Italian Job among others.
Tickets cost £15 adults and £9 children. Parking is free. Daytime tickets give access to both screenings during the day, and evening tickets give access to both evening screenings.

For a full list of all the films shown at the Burghley Film Festival, and to book online tickets, visit www.burghley.co.uk or telephone 01780 752451.