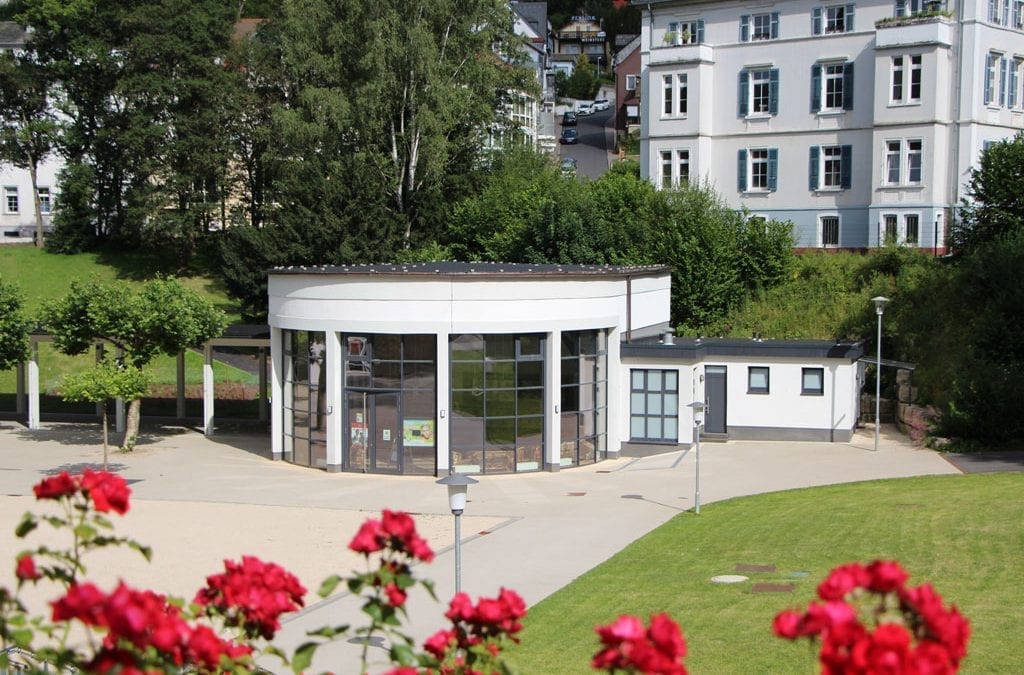 Exciting things are happening in the Frankfurt Rhine-Main region: Bingen am Rhein will be celebrating a special anniversary, a new hotel has opened in Darmstadt, and Mainz presents the history of Disney. Frankfurt too will be busy, with the launch of a new music museum and one of Europe’s greatest inaugurations this year.

The exhibition ‘Walt Disney – Mickey, Donald & Friends’, taking place in Mainz from March 14 to July 29, is an opportunity to learn all about the cartoonists behind the most famous Disney characters. There will be more than 300 exhibits in the Mainz State Museum, mainly featuring masters Floyd Gottfredson (Mickey Mouse), Al Taliaferro (Donald Duck), and Carl Barks (Scrooge McDuck, Gyro Gearloose, etc.). There will also be a varied entertainment programme suitable for all ages. Admire special exhibits such as the unique Mickey Mouse book ‘The Adventures of Mickey Mouse’ (1931), with only a few remaining copies worldwide. Click here to read more and test out your German.

MOMEM ‘the Museum of modern electronic music’ will open in Frankfurt later this year (exact date still to be announced). Seven sections will guide visitors through the history of various types of electronic music and its sub-genres. Temporary exhibitions on diverse subjects will complement the installations, photography and iconic originals, ensuring that the museum stays vibrant and interesting. Well-known DJs and producers will also hold workshops and courses at the MOMEM academy. The 1,000sqm museum, being built right in the middle of Frankfurt’s city centre, can easily be reached from most of the city’s other attractions on foot. The old town of Frankfurt, which has been embellished with 15 buildings based on original plans and a further 20 new constructions, including shops, restaurants, and apartments, is within walking distance. The new old town will be completed in May 2018, with a grand opening in September 2018. This will be one of the most spectacular inaugurations in Europe and an absolute must-see, along with the many other features of this beautiful city on the Main. 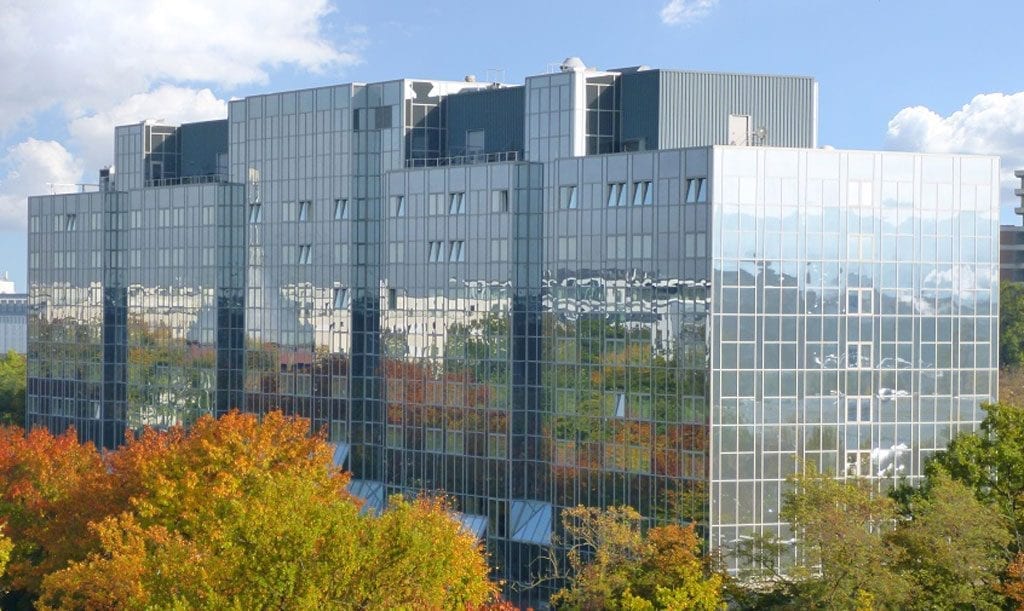 Not only is Darmstadt the German capital of Art Nouveau, renowned for cultural and historical hallmarks like the former artist colony ‘Mathildenhöhe’ and considered one of the top event venues close to Frankfurt, it is also a city that offers wonderful overnight opportunities  close to Frankfurt and Frankfurt International Airport. The new Best Western Plus Plaza Hotel Darmstadt, comprising 248 rooms and suites, and a large conference area for 300 people, recently opened its doors. The hotel is only a five-minute walk from the main railway station and a 20-minute drive from Frankfurt International Airport. It’s the perfect choice for a stay in the Frankfurt Rhine-Main region. Read more about the new hotel here. Also, check out the Darmstadt App, which provides all the information about the city that you may need, now also in English. Download it from the Apple App Store or Google Play.

Brand new video of the beautiful state of Hesse

Hesse is a gem of a German federal state: the Brothers Grimm, the many historic treasures, the documentary exhibition in Kassel, and the beauty of German half-timbered towns and cities like Frankfurt and Wiesbaden are but a few of the surprises it has in store for visitors. It’s not only the culture and history that make it well worth a visit, it’s also the splendid diversity of its cuisine. “What do you eat in Hesse” is a brand new video that takes you on a virtual journey through this wonderful state and its culinary delights. For general information about the state and its attractions, please take a look here or visit the state’s website at www.languages.hessen-tourismus.de/en.

Tenth anniversary of the State Garden Show in Bingen 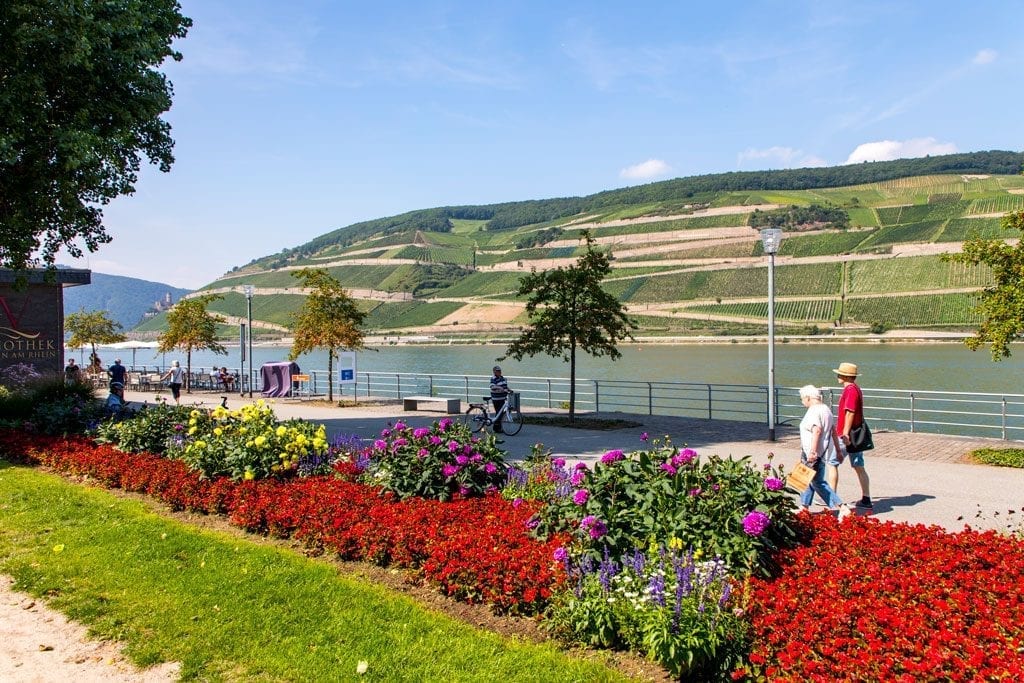 Bingen am Rhein is part of the beautiful Upper Middle Rhine Valley UNESCO World Heritage Site, and one of the absolute must-sees along the Rhine. Situated on the river, it offers spectacular views and typical romantic Rhine flair. This year, the city celebrates a very special anniversary: the 10th State Garden Show will be a perfect example of how gardening can be perfectly combined with travel, cuisine and art. Last year, 20,000 tulip bulbs were planted to bloom in spring, when the sun kisses Bingen’s earth. Currently, the photography exhibition ‘Wieder R(h)einschauen – 10 Years of State Garden Show in Bingen’ in the grand Klopp Castle is open to visitors. In April 2018, there will be special guided tours named ‘Das Binger Kulturufer – vorgestern und heute’, comparing Bingen’s river banks today with photos from 2008 and telling the story of the State Garden Show. The main event of the anniversary celebrations, ‘Binger herzlichT – das Lichterspektakel am Kulturufer’, will take place from October 12 to 14: visitors will be blown away by the light installations, laser and firework displays, and street theater. The many events including the ‘Rhine in Flames’, the Bingen International Jazz Festival, and wine tasting are also excellent reasons to visit the city. Please do not hesitate to contact us for further information.

The state of Hesse will be organizing its sixth State Garden Show this year, in the city of Bad Schwalbach between April 28 and October 7. “Experience nature. Live naturally,” will be the central theme of the beautiful garden exposition, providing the opportunity for relaxation and inspiration. Modern garden architecture that goes beyond 2018 will be a central element of the displays. Bad Schwalbach is situated in the Taunus region, an area renowned for its tourist attractions, including the spa town of Bad Homburg, the Schlosshotel Kronberg, various great cycling and hiking trails, and golf courses, to mention but a few. This is the perfect chance to put together an exciting holiday in Germany, with something for every member of the family.

Hampshire to Celebrate Jane Austen in 2018