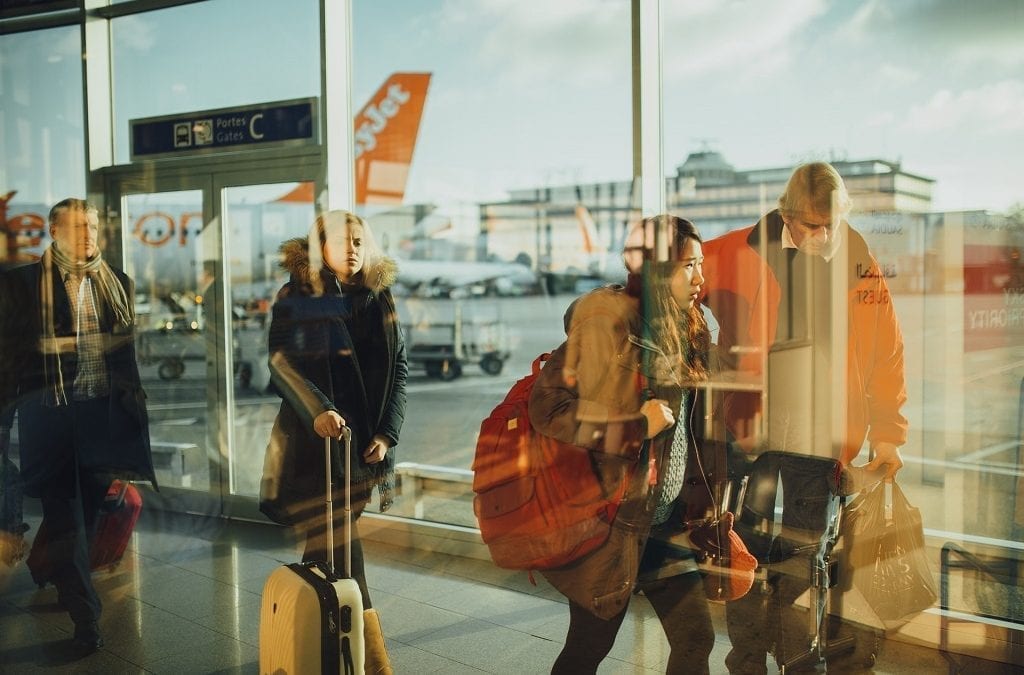 While Flygskam or the Flight Shaming movement is reducing air travel in favour of rail travel, planet-heating CO2 emissions caused by planes are still set to triple by 2050.

According to the German airport industry group Flughavenverband ADV, the number of passengers taking domestic flights in Europe’s largest economy, Germany, is showing a steady decline. Last month the figure fell by 12% compared with the same period last year. This is the fourth month in a row that it has fallen, mirroring a similar pattern in Sweden, the birthplace of the Flygskam or Flight Shaming movement. At the same time, the German railways Deutsche Bahn AG is reporting record numbers of train passengers.

Read Travel Begins at 40’s Q&A with the No Fly movement in Sweden and the UK.

After analysing the data, Stefan Goessling, a professor of transport economics in Sweden, thinks airline failures, strikes and a slowing of the economy only partly explain the figures.

“To me, this is evidence of heightened awareness of climate change turning to consumer action,” he said. Many attribute this trend to the so-called Greta-effect, named after the Swedish teenager Greta Thunberg and the mass movement of climate activists she and other youngsters are spearheading. Earlier this year, Thunberg crossed the Atlantic and back by sailing boat to make a point about reducing plane travel.

Flygskam, or the Flight Shaming movement, was born in Sweden in 2017 after singer and bassplayer Staffan Lindberg pledged to abandon flying due to environmental concerns. Since then, Flygskam has spread to other parts of Europe and the rest of the world, influencing both government policy makers and airline industry executives.

Some politicians in France want to ban short haul domestic flights altogether, while Germany has just voted through a $60 billion climate package that includes a tax increase for flights and a tax decrease for train tickets. In addition, the EU, in one of its new Green Deal measures, is considering a levy on jet fuel.

Not on track to Paris

However, despite the growing Flight Shaming trend and the increase of train travel, climate-heating carbon dioxide emitted by aircrafts is forecast to triple by 2050, approximately a quarter of the planet’s so-called carbon budget or the amount of CO2 that might keep the rise of global temperature within the Paris Agreement on climate.

This growth is attributed to the proliferation of budget airlines and a booming middle-class tourist industry. While many of the fastest growing airports are located in China and India, flights originating in the US account for nearly a quarter of global passenger-related CO2 emissions, followed by China, the UK, Japan and Germany. Meanwhile, those low-income countries that are home to half of the planet’s population account for only 10% of all emissions.

Concerned about the impact of your trip on climate change? Read our guide on Carbon Offsetting.

2020 Cultural Highs in Saxony and Thuringia