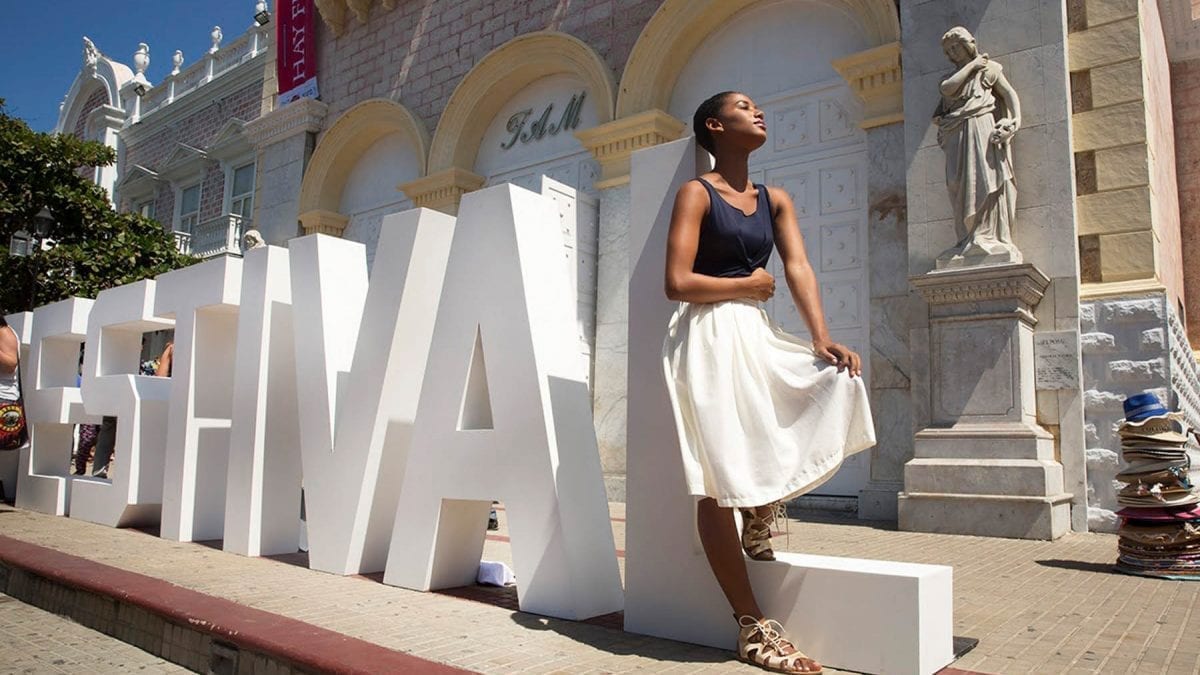 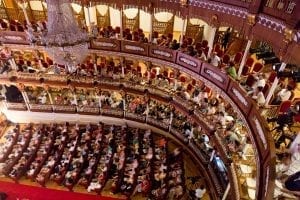 From Spain to Peru, seven Hay Festival editions will bring readers and writers together to share stories and ideas around the world over the next 12 months, inviting participants to imagine the world as it is and as it might be.

Featuring Nobel Prize-winners and novelists, scientists and politicians, historians and musicians, the festivals will offer a platform for a dynamic exchange of ideas and world-class performances. Corresponding programmes for students and in the community will ensure writers reach the broadest possible audiences locally.

Hay Festival is celebrating its 30th anniversary in the UK with two strands that form the spine of international programming:

30 REFORMATIONS mark 500 years since Martin Luther sparked a theological revolution with his 95 Theses, as world-leading writers and thinkers imagine a better world in conversations, lectures and essays. Catch up on the reformations at: https://www.hayfestival.com/discover/thirty-reformations.

HAY 30 is a selection of young novelists, scientists, philosophers, performers and activists who will help imagine and shape the world in the next 30 years and will be invited to the international Hay Festivals. Find highlights of their Hay events at: https://www.hayfestival.com/discover/hay-30.

Plus, the organisation celebrates the Bogotá39-2017: a selection of the best fiction writers under 40 from across Latin America, 10 years on from the first Bogotá39 selection. The latest in the Hay Festival 39s series supporting the next generation of great writers around the world, the Bogotá39-2017 selection will be showcased in a new anthology of work, published in collaboration with independent publishers across Latin America and translated and published in the UK by Oneworld in January 2018. For more information visit www.hayfestival.org/bogota39

The eighth festival in Mexico (previous editions also occurred in Zacatecas, Xalapa and Mexico City), Hay Festival Querétaro will see more than 100 writers and thinkers appear in 100-plus events over four days. US policy, climate change and free journalism will be on the agenda. Hay Joven for students, Hay Festivalito for young people, and a series of events in Querétaro’s communities ensure that writers reach the broadest possible audiences.

The 12th Hay Festival in Segovia sees leading writers and thinkers appear in 70 events over nine days. Major themes include a celebration of the power of storytelling, discussions on the role of modern cities, and a spotlight on how we can respond better to the global challenges of our time.

UNESCO World Heritage-listed Segovia, just northwest of Madrid, is a feast of romance: from the soaring Roman aqueduct and fairytale castle to its setting beneath the Sierra de Guadarrama mountain range, storytelling comes alive amidst its sandstone hues.

In an ambitious new project for European Capital of Culture Aarhus 2017, Denmark, Hay Festival launched the Aarhus 39 in March this year. A selection of 39 children’s and YA writers from all over Europe, aged 40 and under, are taking part in a new festival and feature in two new anthologies: Quest and Odyssey, which are out now.

Denmark’s second largest city on the east coast of the Jutland peninsula boasts some of the country’s finest museums and a vibrant music scene. Taking over the public library in Dokk1 – one of Aarhus’ exciting new development projects and winner of the best public library of 2016 – the international children’s literature festival will be free to enter and will feature leading writers and illustrators of children’s literature alongside the Aarhus 39.

Speakers and performers will include: the Aarhus 39, international stars Meg Rosoff, Cressida Cowell, Chris Riddell, Janne Teller and Michael Morpurgo. Programme details are embargoed until the full line-up is announced on 21 August 2017.

The third edition of Hay Festival Arequipa sees more than 100 writers and thinkers appear in events over four days. Plus, Hay Joven for students, Hay Festivalito for young people, and a series of events in Arequipa’s communities ensure that writers reach the broadest possible audiences.

Arequipa, Peru’s second-largest city guarded by three volcanoes, has driven the country’s gastronomical renaissance in recent years while holding a long history of intellectual debate and political resistance in its attractive public squares.

Fun for all the family over three days in the town of books, Hay-on-Wye. This year’s Hay Festival Winter Weekend will take its theme from the recently launched #HAYTREES project in partnership with the Woodland Trust and National Trust in Wales.

On the banks of the River Wye, beneath the Black Mountains and on the edge of the Brecon Beacons National Park, Hay is a year-round destination for culture lovers, with its dozens of bookshops, vintage clothes and craft markets, food fair, beautiful B&Bs, independent cinema, and cosy cafés, pubs and restaurants.

Hay Festival Cartagena is now an annual highlight of Colombia’s cultural calendar. The 13th festival will see over 160 award-winning writers, thinkers and performers appear in more than 150 events over four days. Hay Joven for students, Hay Festivalito for young people, and a series of events in nearby communities from Riohacha to Medellin ensure that programming will reach the broadest possible audiences.

With its Unesco World Heritage old town filled with cobbled alleys, ancient churches and cascades of bougainvillea, Cartagena is a city of romance and legend, “the undisputed queen of the Caribbean coast”; an evocative setting for a festival in a walled city within the surrounding outer town.

Bogotá39-2017 – 39 Latin American writers under the age of 40, 10 years on from the first Bogotá39 edition, will meet in Cartagena together with speakers including Michael Pollan, Carolin Emcke and Yanis Varoufakis. The programme details are embargoed until the full programme is announced on 22 November 2017.

Hay Festival Wales, one of the world’s best known festivals, returns for 11 days of conversation and entertainment beneath the Black Mountains on the banks of the River Wye. More than 600 life-changing writers, stars of stage and screen, pioneers of science and technology, and future world leaders converge for a party of ideas and stories in 800 events in a tented village on the edge of the town of books. The HAYDAYS programme gives young readers the opportunity to meet their heroes, while a feast of activities and workshops runs throughout the week for youngsters and young adults to try dance, pottery, screen printing, cookery, song-writing and illustration.

The full programme for the 31st festival will be revealed in the spring of 2018. 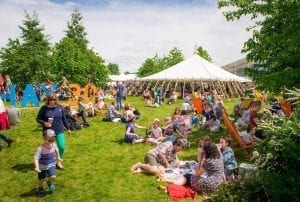 Hay Festival brings readers and writers together to share stories and ideas in sustainable events around the world. The festivals inspire, examine and entertain, inviting participants to imagine the world as it is and as it might be.

Nobel Prize-winners and novelists, scientists and politicians, historians and musicians talk with audiences in a dynamic exchange of ideas. The Festival’s global conversation shares the latest thinking in the arts and sciences with curious audiences live, in print and online. Hay Festival also runs wide programmes of education work supporting coming generations of writers and culturally hungry audiences of all ages.

In 1987, the festival was dreamt up around a kitchen table in Hay. Thirty years later, the unique marriage of exacting conversations and entertainment for all ages has travelled to editions in 30 locations, from the historic town of Cartagena in Colombia to the heart of cities in Peru, Mexico, Spain and Denmark. The organisation now reaches a global audience of hundreds of thousands every year and continues to grow and innovate, building partnerships and initiatives alongside some of the leading bodies in arts and the media, including the BBC, Welsh Government Department of Education, Visit Wales, ACW, the British Council, Oxfam, TATA, Friends of Hay Festival, Baillie Gifford, Good Energy, the Woodland Trust and National Trust Wales.

Acclaimed author, actor and writer Stephen Fry is President of the organisation; Peter Florence is Director; and Caroline Michel, CEO of leading literary and talent agency Peters Fraser and Dunlop, is Chair of the Festival board.

Nihi Sumba is Travel + Leisure’s Best Hotel in the World