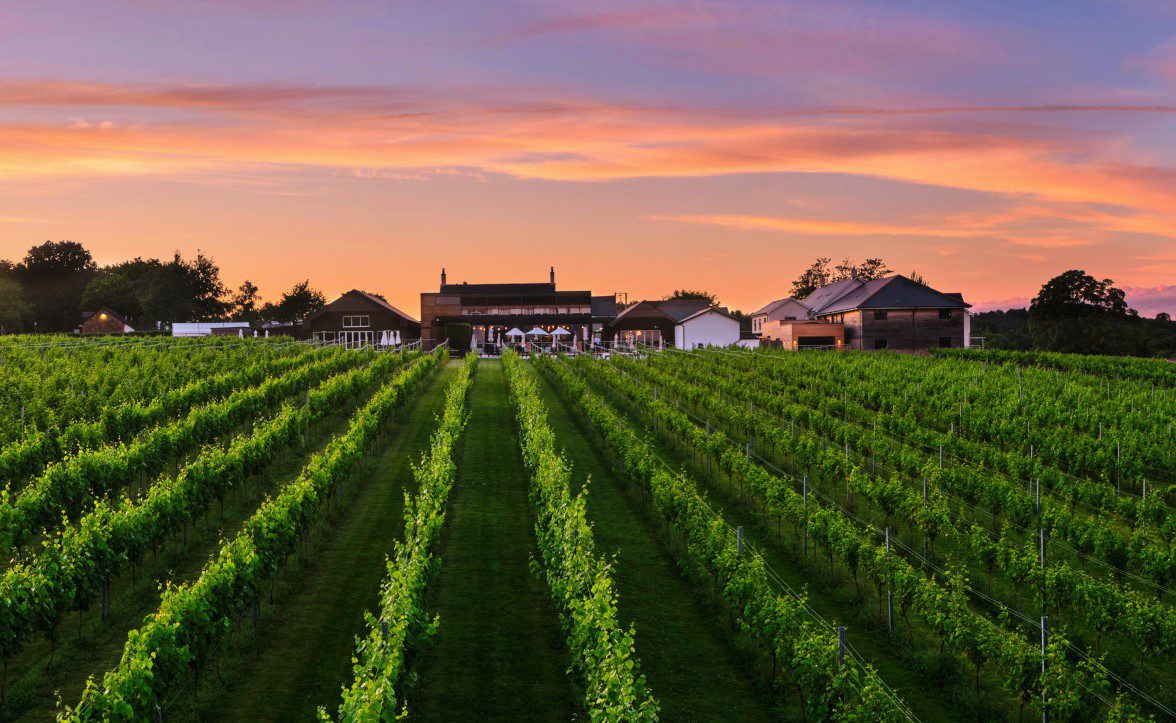 Llanerch Vineyard Hotel has been named as the AA’s Hotel of the Year Wales 2022. The 37-bed hotel in Hensol, South Wales, opened in May 2019 and was the first hotel in Wales based within a vineyard.

The accolade is the culmination of 12 years of work and investment by young entrepreneur Ryan Davies, who bought the vineyard from receivership in 2010 when he was just 24 years old and with no experience in the hospitality sector.

Inspired by the wine tourism businesses he had seen while travelling in Australia and New Zealand, Ryan slowly built a very successful hospitality business based around the vineyard experience in Wales, first offering vineyard tours and wine tastings, then an award-winning restaurant and bar, bed and breakfast rooms and two wedding and event venues.

In 2019, after a £2m investment, Llanerch Vineyard Hotel opened its doors with 37 luxury rooms and suites with en-suites. With a unique vineyard location just 20 minutes from Cardiff and large luxurious rooms overlooking the Welsh countryside, the hotel offered something different in the booming tourism market in South Wales.

The hotel continued to thrive despite the obvious pandemic challenges that arrived just under a year after opening. Keen to ensure the hotel could come back stronger than ever after the lockdowns, owner Ryan Davies used the restrictions imposed on the hospitality sector in Wales to extend Llanerch Restaurant and recruit and train extra staff at a time when the sector was seeing mass redundancies.

In order to stay open during restrictions, including outdoor dining and social distancing, Ryan moved the entire restaurant into the vineyard’s marque, which was usually used for weddings. With the restaurant space now empty, he began a 200 square foot extension to the restaurant, which doubled the number of covers and gave uninterrupted views over the vineyard.

Its restaurant is well-known for its use of local, seasonal produce, supporting local suppliers in South Wales, and it was awarded 2 AA Rosettes for Culinary Excellence in 2021 and 2022. It serves and sells the vineyard’s own range of award-winning ‘Cariad’ wine.

Keen to continue to build on guest experiences to further support the hotel, Llanerch opened a purpose-built wine tasting lodge and a new rooftop terrace in the vineyard in 2022.

Ryan Davies, Managing Director of Llanerch Vineyard Hotel, said: “To be named as the AA’s Hotel of the Year Wales is the ultimate accolade. We are a small, family-run business with a very loyal and dedicated team and this means so much to all of us.

“We have always focused on finding and retaining the very best people because we know they are at the heart of Llanerch. The team puts a lot of time and energy into making sure our guests have the best experience when they stay with us and it’s because of their efforts that the hotel has been such a great success.

“We never stand still at Llanerch and we are always exploring new ways to build on our guest experience so we are excited for our future as Hotel of the Year.”

Llanerch Vineyard Hotel has several different room types. The large Countryside Superior Rooms have uninterrupted countryside views with either a floor-to-ceiling Juliet balcony or a ground floor balcony area with seating. Each room has a Respa super king size bed, a living area with sofa and a luxury ensuite bathroom.

The hotel’s spacious Countryside Suites occupy each corner of the hotel and feature a Respa super king size bedroom with countryside views, a luxury ensuite bathroom and a large living room with sofas. The suites’ two rooms can be separated by a folding wall.

The Courtyard Rooms and Standard Double Rooms, set in one of the vineyard’s original stone buildings, also feature Respa beds and luxury ensuites.

The hotel has a number of spacious accessible rooms on its ground floor, as well as dog-friendly rooms, featuring welcome treats and beds for dogs, who are also welcome in a dedicated area of the hotel’s restaurant. The hotel is popular with dog lovers, who enjoy the woodland trail and lake in the hotel grounds.

Llanerch Vineyard Hotel offers a popular ‘Wine Escape’ package for two people, which is available Monday to Saturday, starting at £220 based on two people sharing. This includes an overnight stay and full Welsh breakfast, a vineyard tour and tutored wine tasting, a bottle of Cariad wine in the room and £35 allowance per person to spend on dinner at Llanerch Restaurant.