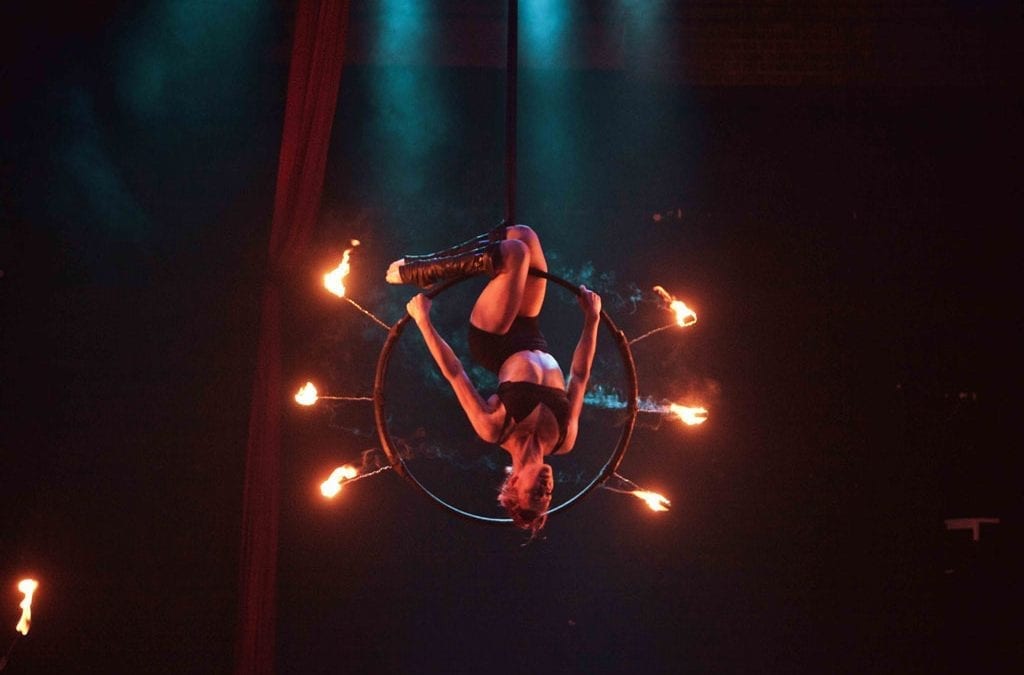 The small, unassuming Staffordshire market town of Newcastle-under-Lyme could be one of the UK’s most unexpected tourist hot spots in 2018.

This is the year which sees the 250th anniversary of the modern circus – created by Newcastle-under Lyme’s very own Philip Astley who, after leaving the town to become a decorated war hero, put his cavalry horse-riding skills to a completely different use in the 42-foot diameter circus ring he created on the south bank of the Thames, in London.

“Astley’s” became one of the most famous entertainment arenas in the land, and people would flock – first to see him put on acrobatic horse-riding displays – and then (in his soldier’s uniform) stand in the middle of the ring and introduce other, similar acts.

The rest, as they say, is history. The modern circus was born, and the 42-foot diameter ring spawned a global industry which has been entertaining the public for 250 years.

The anniversary year is being recognised both world-wide and nation-wide in 2018, with six cities being named as the “Cities of Circus” for the year ahead. They are Newcastle-under-Lyme, Belfast, Blackpool, Bristol, Norwich and Great Yarmouth, and London.

The Economist has even named it as one of their ‘Top 10 Trends’ to watch this year, alongside the likes of “Nuclear North Korea”, “Putin’s World Cup”, “Uncool Britannia” and “Electric Cars”.

Peter Blake has designed the logo for Circus 250, which also has as its “champions” Dea Birkett, Tony Robinson and the Reverend Richard Coles.

Many events are due to be staged in 2018 in the UK, in museums, galleries and theatres – including in Astley’s home town of Newcastle-under-Lyme in Staffordshire.

A local artist will be commissioned to develop a new town centre trail in Newcastle-under-Lyme that includes both historical sites and new art work, illustrating highlights from Astley’s incredible life. Launching in June 2018, it will be possible to pick-up free copies of the trail, be guided by volunteer storytellers, and revel in the circus atmosphere when town centre businesses decorate their windows – taking inspiration from iconic circus posters.

Also in June 2018, the town will bring an array of circus performers to town centre bars and pubs for drinkers to watch while they enjoy Astley Ale or Tightrope Tequila.

There will also be film-shows and talks, held from now up to September 2018, and led by Andrew Van Buren and other key figures from the circus industry, will help to illustrate the importance of Astley’s ongoing legacy.

From 5 May to 15 July 2018, visitors to the town’s Brampton Museum will be able to discover more about Astley’s connection to Newcastle-under-Lyme, learn about his early life, and explore how this might have influenced his later career during a free three-month exhibition.

Star attractions of the new exhibition are bound to be objects on loan from London’s V&A Museum’s Theatre and Performance Collection – on public view in Staffordshire for the first time.

And on Saturday August 4 2018 – the highlight in a year-long calendar of events – there will be an opportunity to celebrate Philip Astley in Lyme Valley Park during the AstleyFest – a free festival, with performances, exhibitions and activities aimed at inspiring everyone to get involved.

Full details can be found at http://www.philipastley.org.uk.

Newcastle-under-Lyme is close to such world class tourist attractions as The World of Wedgwood, Alton Towers Resort, The Trentham Estate, and The Potteries of Stoke-on-Trent. Further tourist information about the county is available at http://www.enjoystaffordshire.com.