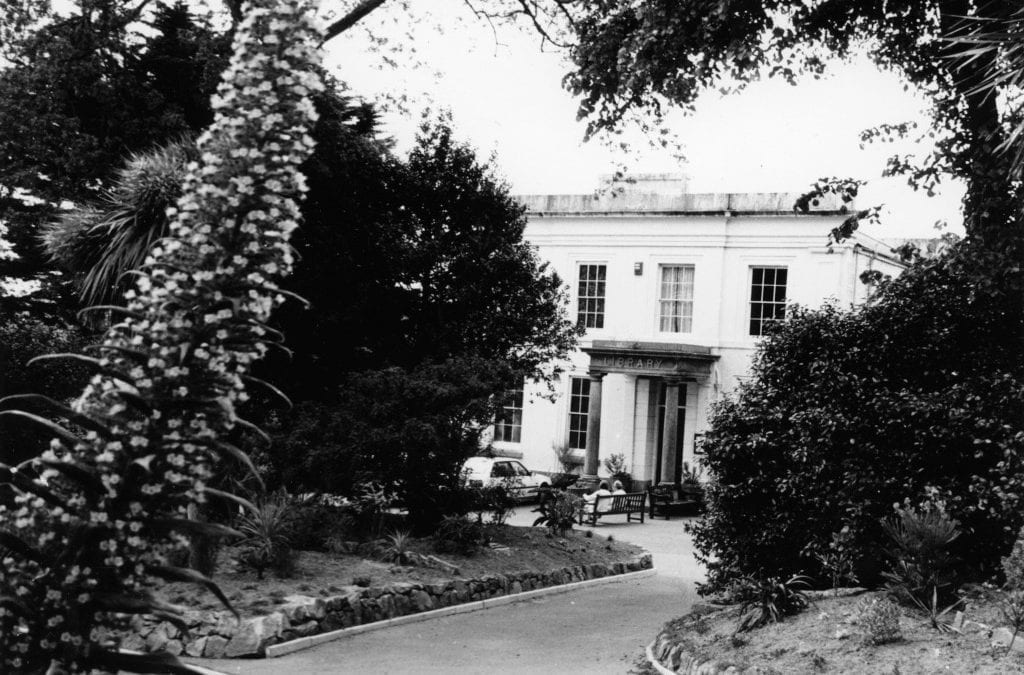 The harbour side town of Penzance in the most westerly corner of Cornwall is rich in literary history, with famous literary figures including the Brontë sisters, Alfred, Lord Tennyson and Dylan Thomas all having firm roots there.

Maria Branwell, mother of the famed Brontë sisters, was born in Penzance in 1783 before moving to Yorkshire, whilst renowned poet Alfred Tennyson used to holiday in Penzance before sailing across to the Scilly Isles with fellow writer Francis Turner Palgrave. Welsh poet and writer Dylan Thomas was also familiar with the Cornish town, marrying Caitlin Macnamara at the Penzance Registry Office in 1937.

Positioned as a great literary destination, home to the Penzance Literary Festival, The Hypatia Trust and a range of brilliant bookshops, Penzance continues to attract bibliophiles from Cornwall and beyond.

Penzance Lit Fest returns to historic Penzance for its 10th year on 3 – 6 July 2019, celebrating the word in all forms – from spoken to hand written. The festival embraces local authors, hosting a fabulous array of poetic, theatrical and musical performances as well as writing workshops and literary walks. Starting as merely a craft fair, the festival has transformed into a hub of diverse literary celebration for creative minds. The theme this year is borderlines, highlighting creative pieces that transcend borders.

The Hypatia Trust is a charity based in Penzance, dedicated to maintaining, protecting and developing The Hypatia Collection, a unique body of books, artefacts and archives (including diaries, letters and scrapbooks) that exhibit the literary, artistic and scientific works of women. Through research, publication and exhibition, the works and achievements of women, so often overlooked and suppressed in written histories, can now be recognised and enjoyed. The Hypatia Trust launched the ‘A room of our own’ campaign in 2012, inspired by Virginia Woolf, in order to find a permanent place for the Elizabeth Teffry Collection, with this unique collection of 3000 items now residing at The Morrab Library in Penzance. The collection comprises works by and about women and their lives in Cornwall and the Isles of Scilly.

Established in 1818, The Morrab is a large independent library located in the heart of the beautiful Morrab Gardens. Home to over 55,000 books including classical literature, historical titles and biographies accumulated since its opening in the 19th Century. The Jenner Room at the library exhibits an extensive Cornish collection, with some of its items dating back to pre-1801. The library also has an array of 18th and 19th Century periodicals including Cornish newspapers, Parliamentary Reports and Historic Manuscript Commission Reports. As well as its fantastic literary offerings, The Morrab also houses a collection of Napoleonic memorabilia, donated by Thomas Dawson in 1868, including coloured and black and white prints, engravings and sketches that encapsulate the French Revolution.

The Morrab Library is open on Tuesday through to Saturday from 10am to 4pm.

The Edge of the World Bookshop

Dubbed by The Guardian as one of the ‘most loved bookshops around the world’, the aptly named The Edge of the World Bookshop, run by Racheal and James Howorth, is Penzance’s leading independent book shop, filled with an array of classic, quirky and local Cornish titles in every genre.

The Edge of the World Bookshop is open on Monday through to Saturday from 9am to 5:30pm and on Sunday in high season from 10am to 4pm.

Barton Books is another of Penzance’s loved independent bookshops, boasting a wide collection of art, design, photography and fashion titles as well as illustrated literature, children’s books, lovely journals and notebooks and an ever-growing collection of secondhand books.

For more ideas on what to do in Cornwall, read: Cornwall Holidays, a Step Back in Time.

Nestled into bustling Chapel Street is Chapel House, a charming six-room Georgian townhouse, just a stone’s throw from Penzance’s historic harbour. Owner Susan Stuart fell in love with the property back in December 2012 before transforming it into the beautiful, light hotel that it is today, blending Georgian style and architecture with contemporary styles and finishes. With its elegant interiors, impressive bedrooms, boasting sink in bath tubs and waterfall showers, and delicious homemade cuisine made by Susan herself, Chapel House is the perfect destination for those wanting to explore this beautiful corner of Cornwall.

Alternatively, book a hotel or apartment through our comparison engine, which scans all the major booking sites so you don’t have to.

Things to do on your Cornwall holidays

For more ideas on what to do on your Cornwall holidays, visit the official tourism site. Cover image, c. Matt Jessop, courtesy of Visit Cornwall.

5 of the Best Festivals in Porto and the North