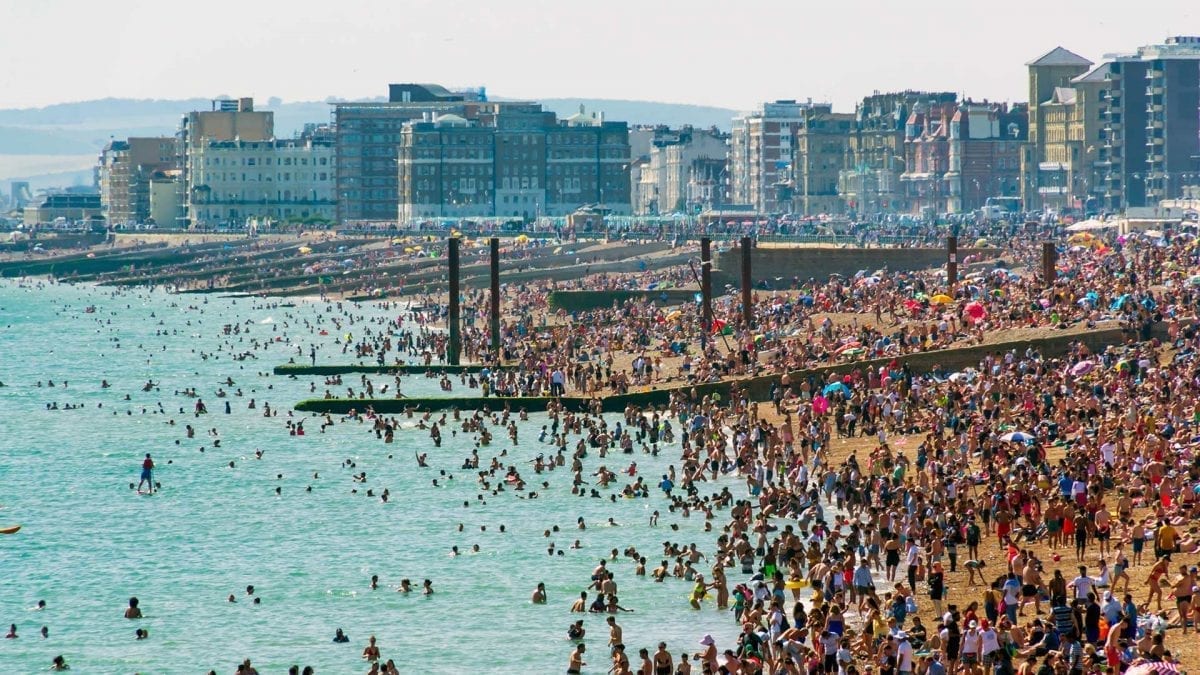 The previous UK record temperature for the hottest August Bank Holiday was broken 26 August when levels of 33.2C were recorded at London Heathrow Airport.

This beats the previous highest temperature ever recorded in the UK on the traditionally rain-soaked bank holiday weekend of 28.2C at the Lincolnshire town of Holbeach.

With so many events and things to do in London on the Bank Holiday Monday, emergency services were advising festival-goers to take sensible precautions. Those attending the Notting Hill Carnival were advised to take on plenty of fluids, apply high factor sun protector and stay in the shade where possible by the London Ambulance Service.

What is the Hottest Temperature Ever Recorded in the UK?

Meanwhile, those seeking relief in the sea were advised to take caution – at least in Frinton-on-Sea, Essex.

Police and paramedics were called to the popular day-trip for Londoners as bathers complained of breathlessness on 25 August.

Although the cause of the incident is unknown, eye-witnesses report of talk of an oil spillage, according to BBC News.

Travel Begins at 40 editor Mark Bibby Jackson, who happened to be at the stretch of water only the previous day confirmed he had not suffered from any breathlessness himself, suggesting any potential spillage would probably have taken place either late on the 24 or early 25 August.

Record breaking temperatures as well as the current Greece wildfires and fire in Gran Canaria, are adding fuel to concerns about climate change, and its impact on traditional tourist pursuits.

BBC News reports that the UK Government’s Committee on Climate Change had previously cautioned the country was ill-equipped to cope with the number of heatwaves anticipated with continuing climate change.