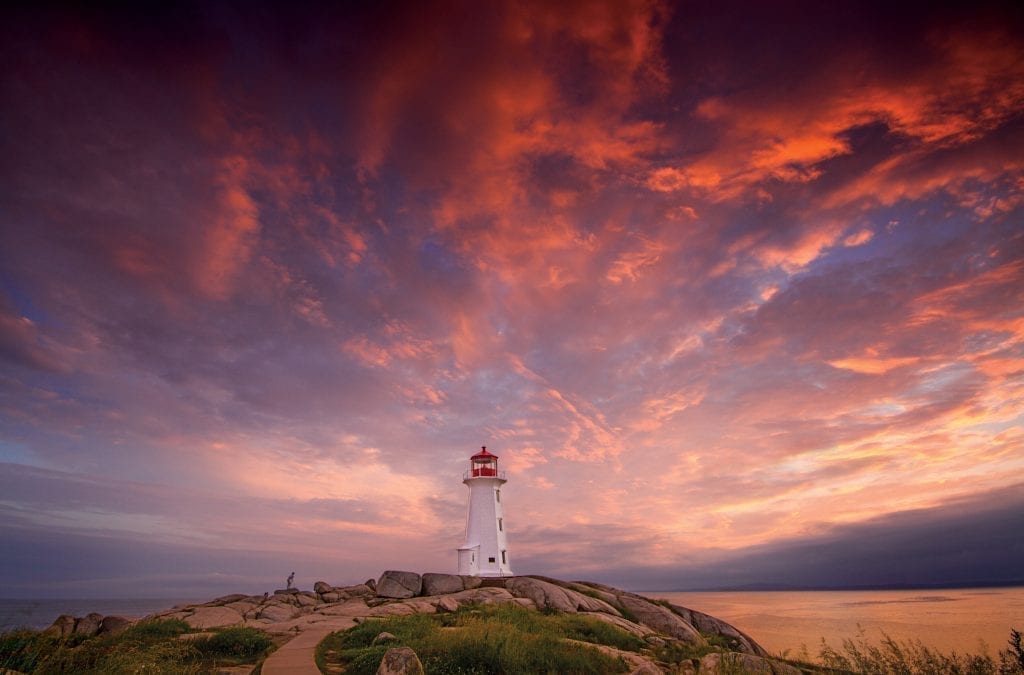 What’s Hot in Atlantic Canada in 2019

If you are looking for a holiday with a difference in 2019, maybe you could consider Atlantic Canada. From food to the great outdoors and the movies, we give you a round up of what’s hot in Nova Scotia, New Brunswick, Newfoundland and Labrador, and Prince Edward Island.

Famed for its picturesque profile, the quaint fishing village of Peggy’s Cove (see cover) offers visitors a wealth of experiences for everyone to enjoy. Get the inside scoop, from sea to table, on Nova Scotia’s most famous seafood cuisine during the ultimate lobster feast at Oceanstone Seaside Resort. The Lobster Feast & Peggy’s Cove Adventure runs from 9 July to 14 August, 2019 with an array of activities on offer. The full-day experience includes sampling some of Nova Scotia’s gourmet delicacies such as lobster, oysters and wine. Next, guests will have the opportunity to connect with local fisherman and learn all about fishing and finding the perfect lobster before taking a visit to Peggy Cove’s lighthouse. After indulging in a gourmet lobster dinner oceanside, guests can walk along the beach as the sun sets, exploring the gorgeous coastline.

With more pubs and clubs per capita than almost any city in Canada, Halifax dwellers know how to kick back and have a good time. Foodies can taste their way through Halifax’s hippest neighbourhoods and must-try flavours on an exclusive tour. Led by a local guide, the Best of Halifax Foodie Adventure takes guests on a gastronomical journey through the heart of Halifax. Guests can expand their culinary knowledge as they connect with local business owners, chefs and artisans whilst sampling delicious Nova Scotia food, paired with local wine, craft beer, cider, and spirits.

Fresh seafood is the heart of New Brunswick’s cuisine along with locally grown fruit and vegetables. From gourmet restaurants to food trucks and farmers’ markets, visitors can taste their way around the flavours of New Brunswick. Celebrate New Brunswick’s authentic culture and cuisine with NBexplorer’s new high-quality experiences. Food enthusiasts can shadow local chefs and learn how to create New Brunswick’s culinary delicacies whilst discovering the fascinating seafood varieties found on the shores of Northumberland Strait. If they really want to live like a local, guests can shuck their own local oysters and enjoy them with a picnic on the beach.

Recognised as Canada’s 20th Dark Sky Preserve, Terra Nova National Park promises four hundred square kilometres of magnificent natural beauty. Here, nature lovers can kayak or boat from picturesque sheltered bays to ruggedly beautiful coastlines, amongst a host of marine life and seabirds. Thick fragrant forests and secluded coastlines promise 11 beautiful hiking trails where keen walkers can explore the wilderness amongst moose, lynx, beaver, eagles and even bears. For an unusual place to hit the hay, guests can try one of the new Oasis accommodations in Terra Nova National Park. The water-drop shaped tree houses sit on stilts with a glass roof allowing guests to get up close with mother nature with an unimpeded view of the galaxy. With fantastic stargazing spots in the park, the tree houses sleep two adults and two children.

One of New Brunswick’s top attractions, the Hopewell Rocks features the world’s highest tides which attracts visitors from all over the world to marvel at the novelty of walking on the ocean floor as 160 billion tonnes of seawater enter and leave the bay twice a day. Designed for both amateur and seasoned photographers alike, Creative Imagery is offering guests the chance to learn the techniques of night photography in one of Canada’s most unique and iconic locations. The Hopewell Rocks Night Photography Excursion lasts two-and-a-half hours and is sure to capture some beautiful imagery of the fascinating rock formations and the night sky.

Known for its Chocolate box charm, visitors to Prince Edward Island are greeted with candy coloured houses delicate lighthouses, and picturesque farmland punctuated by grazing ponies and giant pumpkins. Canada’s smallest Province promises storybook charm and an insight into an old-world Canadian way of life. Following the success of Netflix’s ‘Anne with and E’ series, set on Prince Edward Island, the story of the red headed orphan is becoming more popular than ever. For the ultimate fairy-tale house-goals, visitors can head to Anne of Green Gables’ Heritage Place – a 19th century farm in Cavendish and arguably the sweetest abode on the island. Fans of Canada’s literary legend Lucy Maud Montgomery can enjoy visiting the fictitious home of Anne Shirley, while admiring the green shutters, white picket fences, and abundance of flowers and fruit trees.

Nominated for Festival of the Year by the Canadian Country Music Association, the Cavendish Beach Music Festival in Prince Edward Island is the largest, multi-day music festival in Atlantic Canada. Guests can enjoy delicious local cuisine and great music whilst being surrounded in the picturesque destination of Cavendish.

For more about Atlantic Canada

Explore Rio in 2019 with Low-Cost Flights