En route to Istanbul, Mark Bibby Jackson checks into the Room2 Hammersmith, sister property of Room2 Southampton, a new concept in Hometels, to see if a hotel truly can feel like a home from home. En route to Istanbul, Mark Bibby Jackson checks into the room2 Hammersmith, sister property of room2 Southampton, a new concept in hometels, to see if a hotel truly can feel like a home from home.

Since the advent of AirBnB the whole hotel scene has been shaken up. Creations such as staycations have tried to emphasise that your accommodation is anything but a hotel. So, it was with some interest that I booked into a Hometel in London’s Hammersmith.

Or at least I would have booked into if there were anyone to book in with. Instead, the evening before my stay, I was emailed the code key for both the hotel and my room – which as it turned out was a deluxe shed in the garden.

A Place to Stay Not to Live

Let’s start with what room2 Hammersmith is not. Despite branding itself as a place to live, not to stay, it is precisely the latter. With no communal living area, room2 Hammersmith is a holiday apartment, albeit one that is well-equipped and elegantly designed. This is a place I would willingly stay more than a solitary night, but would not elect to live.

Apparently, room2 Southampton is much more in keeping with the concept of a hometel, with communal areas such as a coffee and cocktail bar, gym and laundry on the ground floor. One resident has stayed at the place for more than a year – a true testament to being able to live in a hometel. 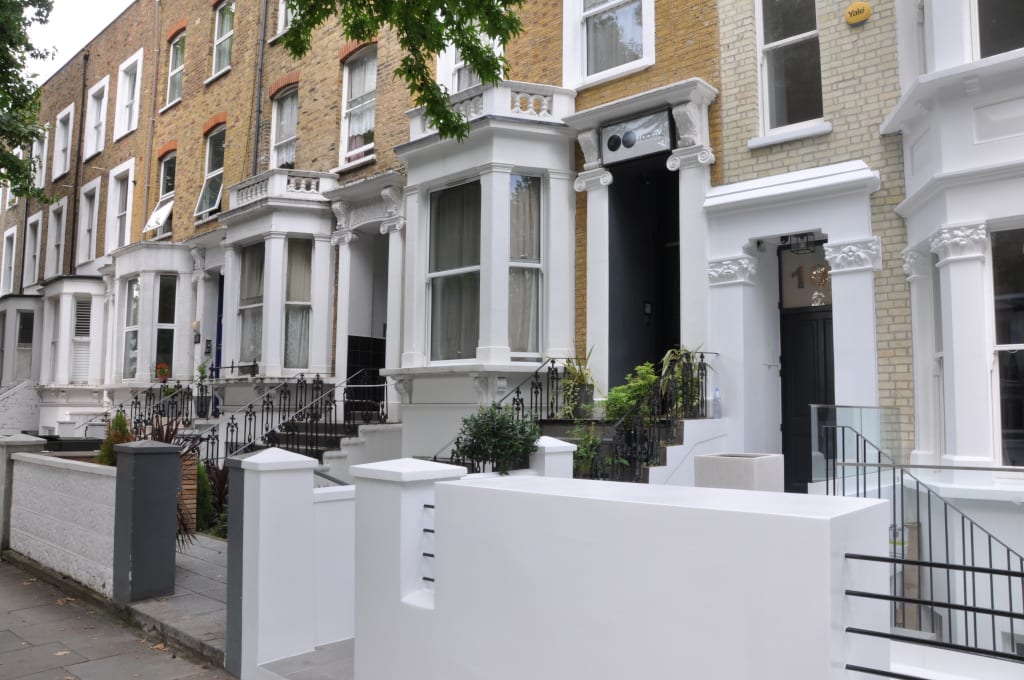 Back in London, at the entrance to the building, there is a community notice board where fellow guests have pinned their recommendations for the surrounding area and the rest of London, as if we were in some hostel. Indeed, the interior has an industrial cool vibe to it, especially with its blackened corridors.

There is also a kiosk, much in the manner of Japanese hotels, with all the essentials to get you through your stay in London, including a selfie-stick if you were thoughtless enough to have left home without one.

Passing through the garden which has a communal patio area, I reach my room-cum-shed at the bottom of the garden. Here the grey-black tones have been abandoned, and the room is lit up by white wood panelling, as if I had entered an Alpine chalet. Well-equipped with cooker, microwave and dishwasher, this is certainly a good vacation stay, and the bathroom has (Malin + Goetz) toiletries and generous thick towels – a must for me.

As for the most important part of the room, the bed is totally five-star, neither linen nor pillows have any of that jaded look you sometimes encounter in less salubrious accommodation.

There are also a couple of nice hometel touches, such as the pack of cards and dominoes in the travel essentials box, and the retro copper fan beside the bed. Though this proved superfluous as a stand-up air conditioning unit cooled the room down wonderfully on one of the warmest nights of the year. 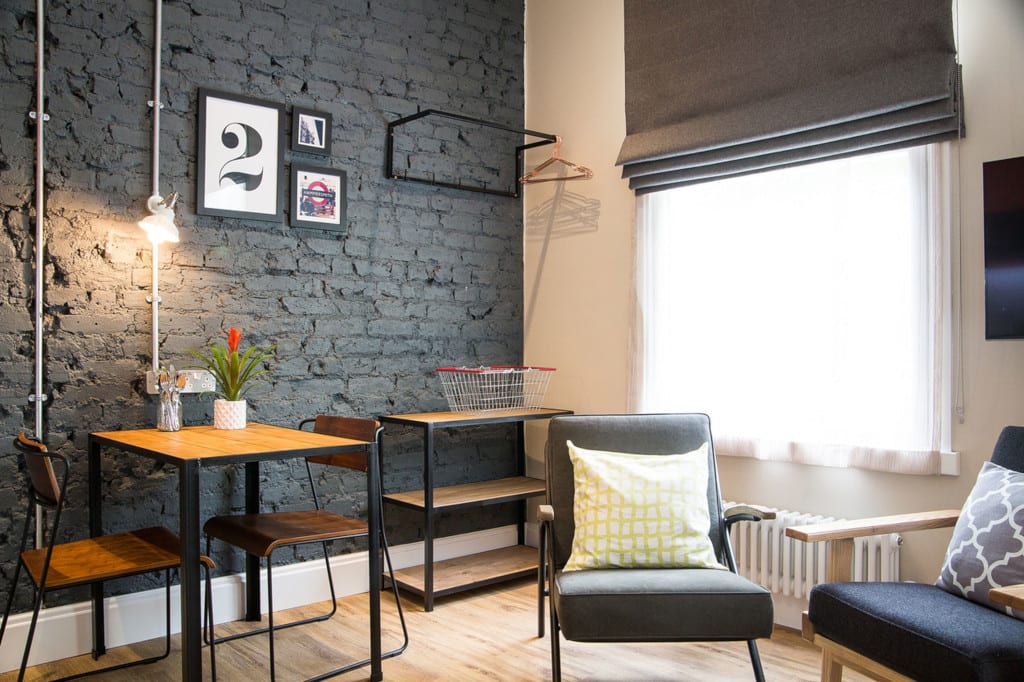 One of the key advantages of room2 Hammersmith is its location, a short stroll from Hammersmith station, and as I was to discover the following day on my journey to Istanbul, just under an hour’s trip by the Underground to Heathrow.

At the start of the Millennium, I had spent nine months of my life – that I will never get back – working on a nameless railway project in Hammersmith. I was intrigued to see how the area had changed. The mainstays of the Lyric Theatre and Apollo were still there, but tucked away on Hammersmith Grove was evidence of how London has changed over the past two decades.

For ideas on what to do in London, Read Mark’s London South Bank: Tate Modern to Borough Market.

Across the road from room2 Hammersmith was a wine bar, and Patri restaurant that advertised artisanal gin, craft beers – two concepts that had yet to find their way upon a marketer’s uninvented iPad when I was last here – and ‘proper’ curry. It was the last ingredient that persuaded me to spend my evening mopping up a tasty dahl with a tandoori roti on the pavement decking, while a passing stranger helped herself to some cutlery from my table, mumbling something about returning it later.

Discretion as always winning its lopsided battle with valour, instead of reporting the event to the restaurateur, I ventured down the road to the local pub, The Grove, for a quick pint. My brief sojourn in west London ended as it should have with a most restful night’s sleep in my bijoux garden abode before my early departure for Heathrow the following morn.

Maine: Far From the Madding Crowds