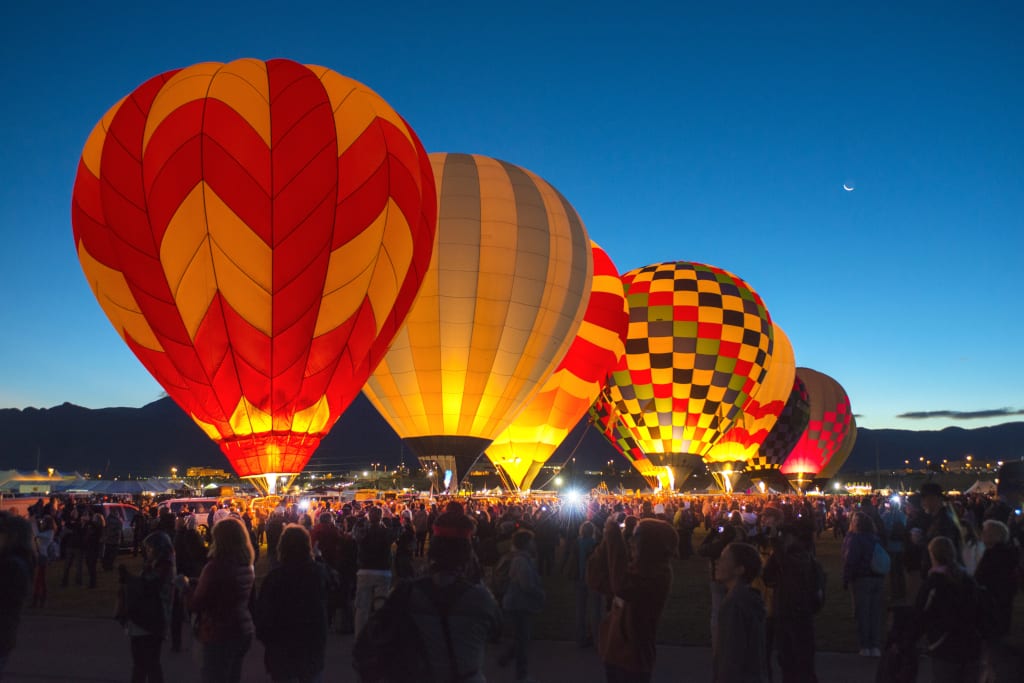 If you have seen photos of many vividly coloured balloons gliding across semi-arid scenery there is a good chance that those shots come from the Albuquerque Balloon Fiesta, which runs over several days from 1-9 October, 2022 and has been held for 50 years.

It is held in October due to the wind conditions known as the ‘Albuquerque Box’, which can take the balloons on a tour of the river valley, the surrounding mountains and bring them back to the 80-acre launch area in the even bigger Albuquerque Balloon Fiesta Park.

The calendar includes a dawn patrol, when the crews lift off in the dark and come into view with the early sun; laser and firework shows; flight competitions; musical entertainment and the dramatic mass ascension when almost hundreds balloons are launched over two hours. 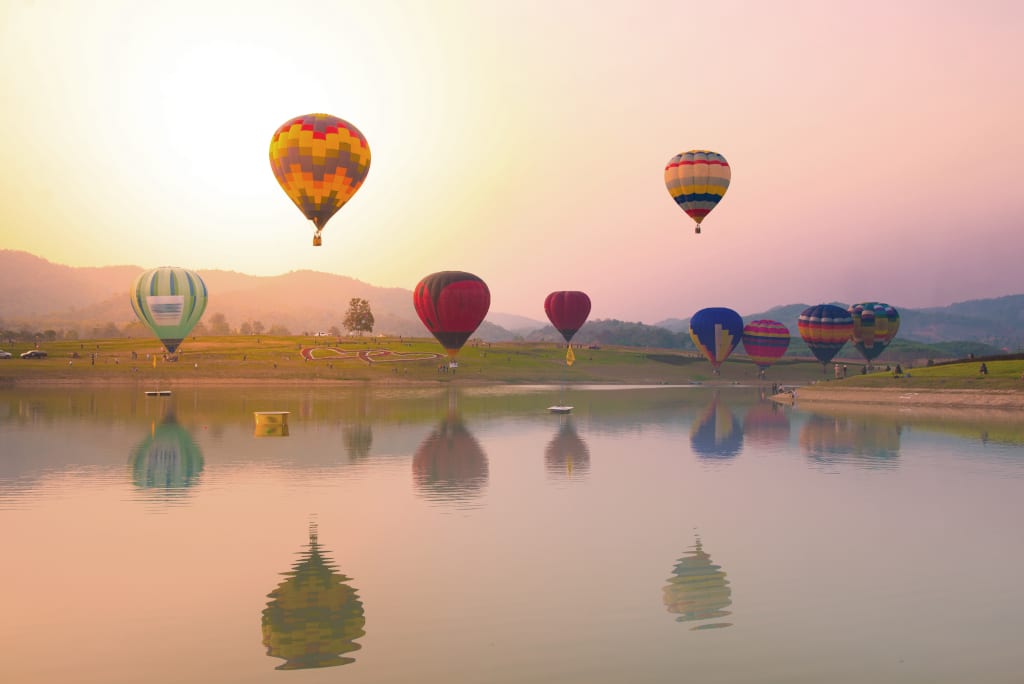 The balloon-filled sky also is clearly a draw for those interested in landscape photography.

When is the Albuquerque Balloon Fiesta

Tickets go for about $150 if bought in advance, but are more costly on the day. There are VIP options with better views and more comfort. Extra public transport is available during the event. Albuquerque can be quite chilly in the morning, but warms up as the day progresses. You can purchase your tickets to the Albuquerque Balloon Fiesta here.

How to Get to the Albuquerque Balloon Fiesta

In addition to park sites, there is also a park and ride shuttle service to the show. For more details and a handy map, click here.

Things To Do in Albuquerque New Mexico

To many, Albuquerque is inescapably connected with the TV series Breaking Bad. So, when you are all ballooned out, there are tours and guides to do-it-yourself walks of the city that take in film locations and trivia from the show. Elsewhere, the aerial tramway to the Sandia Peak at over 10,000 feet gives a great view of the city. There are walks in the hills with petroglyphs to discover, the old town, several museums, a cultural centre and a range of artisan breweries.

Though the airport in Albuquerque is said to be an international one it is actually quite small. It has many domestic connections so foreign travellers will need to land elsewhere and then take a local flight to join the fiesta.

If you are looking to book a hotel in Albuquerque for the festival, enter your dates in our flight and hotel comparison engine to search hundreds of sites for the best deals: