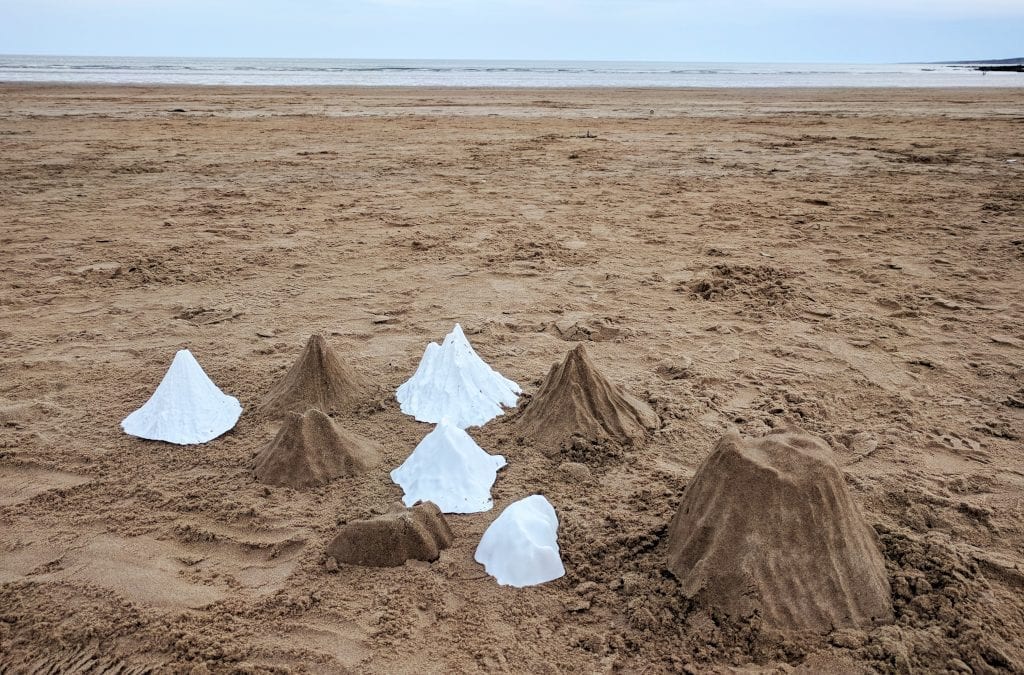 First There is a Mountain is a new artwork that connects the public to the world’s diverse mountains. Launching on 31 March at Leysdown Beach, Isle of Sheppey, and touring the UK until 27 October 2019, the project involves the creation of ‘buckets and spades’ with which the public are invited to build mountains of sand across the UK coastline and play out the world’s natural geography against a series of tidal times.

First There is a Mountain is choreographed over the period of daylight saving time during British Summer Time. Following the launch, the artwork will go on to tour twenty-five high profile coastal art venues around the UK who will each stage a sand pail building event on their local beach. The ways in which the public interacts with the artwork at each location is integral to the evolution of the project and its overall experience. The public will be able to track the projects’ progress through the dedicated website and social media channels.

As well as sharing information regarding participation for each event, the website serves as a digital anthology and archive, bringing together established writers, authors, scientists and geologists, who have further brought the artwork to life through new pieces of writing. Twenty-five new texts have been commissioned, by contributors such as Brian Dillon (writer and critic), Sophia Kingshill (author and folklorist) and Paul Graham Raven (researcher and futurist theorist), each text has been paired with, and responds to the artwork. These will be conveyed via spoken word at the start of each public event.

First There is a Mountain also aims to raise awareness of our eroding coastline. The UK’s long coastline is accessible to all of the country’s population and is key to economic, environmental and social activities. Flooding and high sea levels have resulted in loss of land, geology and wildlife over the years and this is expected to increase with the further effects of climate change. By gathering the public to contribute to a land artwork on their own coastline, the project intends to deepen public knowledge of our relationship to the physical world as well as the importance of acting together. 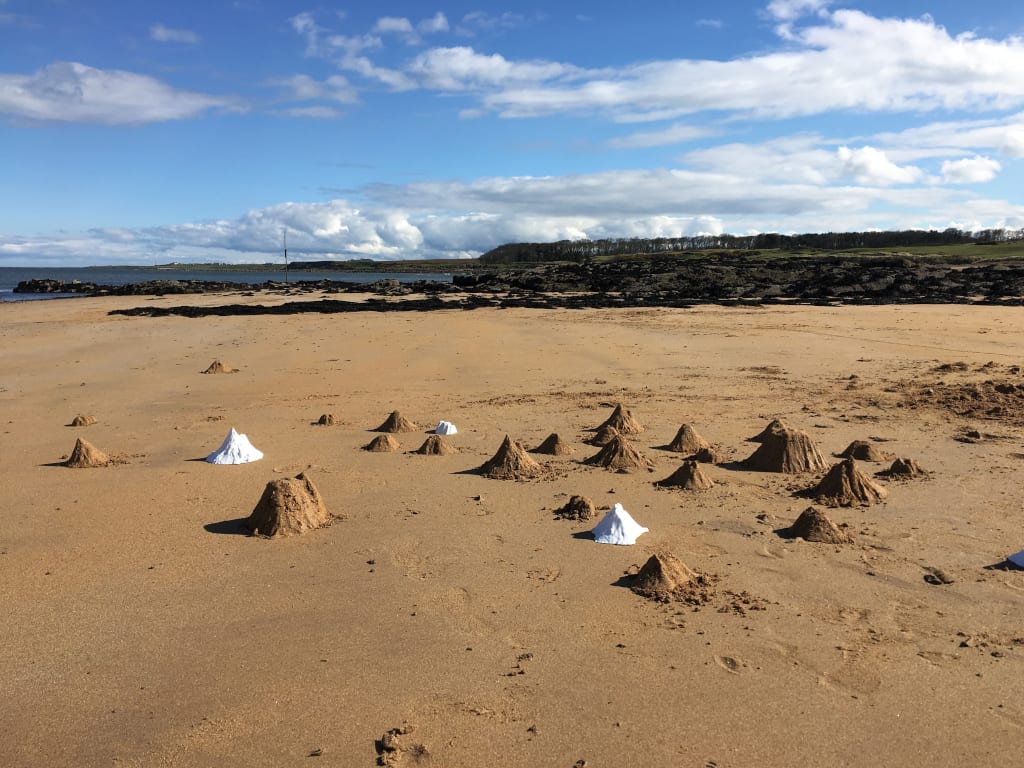 Paterson’s art enables us to engage with forces that are too intangible and too immense for us to experience in other ways. Time, glaciation, growth, the solar system, fossilisation, electricity, weather systems provide inspiration for her work, and sand is a recurrent material that acts as a cypher for time and infinitude in her practice. First There is a Mountain enables a continuation of Paterson’s enquiry into a recalibration of our understanding of space, time and place.