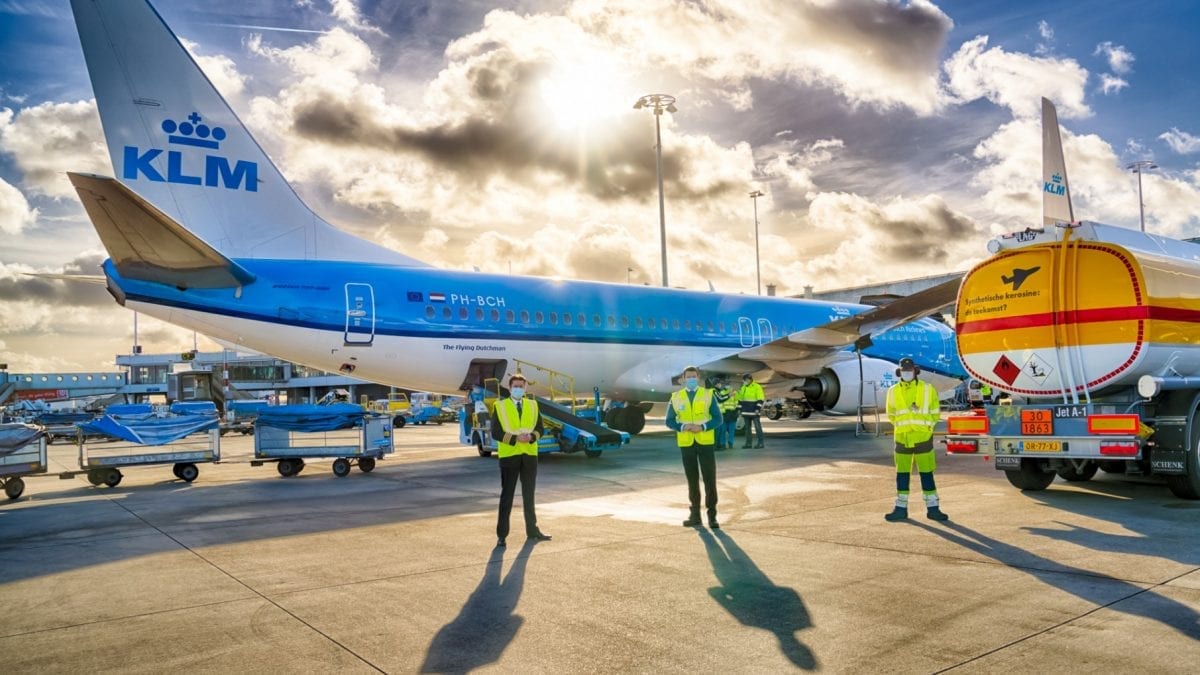 The announcement of the flight was made by KLM on 8 February during an international conference on Synthetic Sustainable Aviation Fuel (SAF) in The Hague, initiated by Cora van Nieuwenhuizen, Dutch Minister for Infrastructure and Water Management.

Shell produced the synthetic fuel at its research centre in Amsterdam based on CO2, water, and renewable energy from sun and wind.

KLM Chief Executive Officer Pieter Elbers said, “I am proud that KLM is today operating the industry first flight using synthetic kerosene made from renewable sources. The transition from fossil fuel to sustainable alternatives is one of the largest challenges in aviation.

“That is why we teamed up with various partners some time ago, to stimulate the development of sustainable synthetic kerosene.”

Marjan van Loon, President and CEO Shell Netherlands, said, “It is an important first step and together with our partners we now need to scale up, accelerate and make it commercially viable.”

KLM also operated the first commercial flight to use biofuel in 2011, but this used a 50/50 blend of kerosene and used cooking oil.

Synthetic aviation fuel is viewed by many in the industry as being key to reduce CO2 emissions before the advent of hydrogen-powered planes in 2035.

Cora van Nieuwenhuizen said, “making aviation more sustainable is an international challenge that we face together. Today we are taking a great step in the new chapter of aviation. This promising innovation will be of great importance in the coming decades to reduce CO2 emissions from aviation.”

Another initiative announced at the conference was an agreement for the construction of a demonstration factory for sustainable kerosene using captured CO2 from the air.

The Zenid initiative, in which Uniper, Rotterdam The Hague Airport, Climeworks, SkyNRG and Rotterdam The Hague Innovation Airport are participating, uses a combination of innovative technologies to focus on CO2-neutral aviation with sustainable synthetic kerosene.