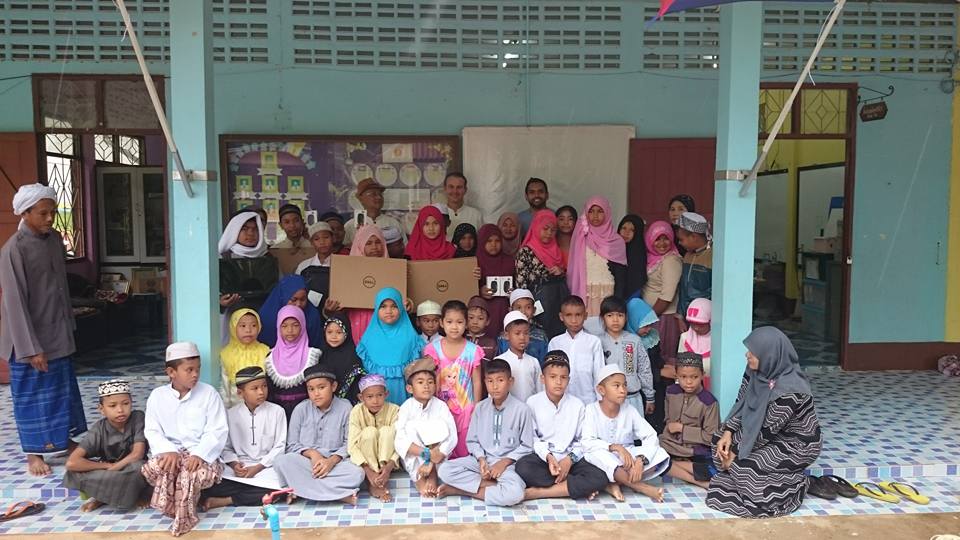 UK-based luxury halal travel specialist Serendipity Tailormade and one of its preferred accommodation suppliers in Thailand, Six Senses Yao Noi resort, have teamed up to support the educational needs of local children in need.

They have pledged to donate six new laptops to Baan Tha Khao School on Koh Yao Noi, a small island off the coast of Phuket where the luxury Six Senses resort is located.

It will mark the first time the school, which has struggled with funding and lacks many essential learning aids and resources, will have permanent access to computers for its 56 pupils. Until now, the children have relied on teachers’ own personal equipment.

The pledge is one of several charitable initiatives Serendipity Tailormade and Six Senses Yao Noi have undertaken on Koh Yao Noi to support the local community and is part of the halal tour operator’s Corporate Social Responsibility (CSR) programme, the Serendipity Foundation.

Co-founded by Serendipity Tailormade director Nabeel Shariff in 2010, the foundation supports humanitarian projects in several countries around the world including Thailand, Indonesia, Sri Lanka and also in the UK where it is based.

Shariff, who recently visited the school, its director, Khun Jessada Anantasri and teacher, Khun Usa Pekamol, along with some of the Six Senses Yao Noi team to make the laptop pledge (see video link here), said: “Every child deserves an education and the kids on Yao Noi, despite their very limited resources, demonstrate a remarkable passion for learning, which the Serendipity Foundation, in collaboration with Six Senses, hopes to foster.

“By giving them access to computer equipment, these students will be on a level playing field with other children, not only in Thailand, but globally, which is so important given the digitally-driven world in which we now live.”

He added: “This marks the beginning of a long-term relationship with educational facilities on Koh Yao Noi and affirms our commitment to the local community and the development and welfare of its children.”

The Serendipity Foundation and Six Senses Yao Noi already help to fund the pupils’ lunches at Baan Tha Khao School, ensuring the children are healthy and therefore ready to learn. As a result, money collected through the school’s fundraising exercises can now be spent on educational resources instead.

​Six Senses Yao Noi has also revealed plans to build the school’s very own chicken coup, which will not only provide a sustainable food source throughout the year, but provide the children with a valuable education tool.

“Six Senses Yao Noi has found a true friend and partner in Serendipity Foundation to assist in the development of children and the community on Yao Noi,” said the property’s General Manager, Graham Grant.

Yao Noi is a sleepy island with a mainly Muslim population and is popular with Serendipity Tailormade’s discerning clients who enjoy spending a quiet and relaxing vacation at the Six Senses resort. The island also holds a special place in Shariff’s heart as it was one of the first places that he and his wife visited together.

“As you jump on a moped to follow the only road on the island, you see small girls in hijab heading home from school, boys playing football with tatty balls and their parents ploughing the fields,” he explained fondly.

“The warmth and contentment of the people, who enjoy a simple way of life, is overwhelming, and Serendipity Tailormade, in partnership with Six Senses Yao Noi, will continue to support this community through the Serendipity Foundation’s projects.”