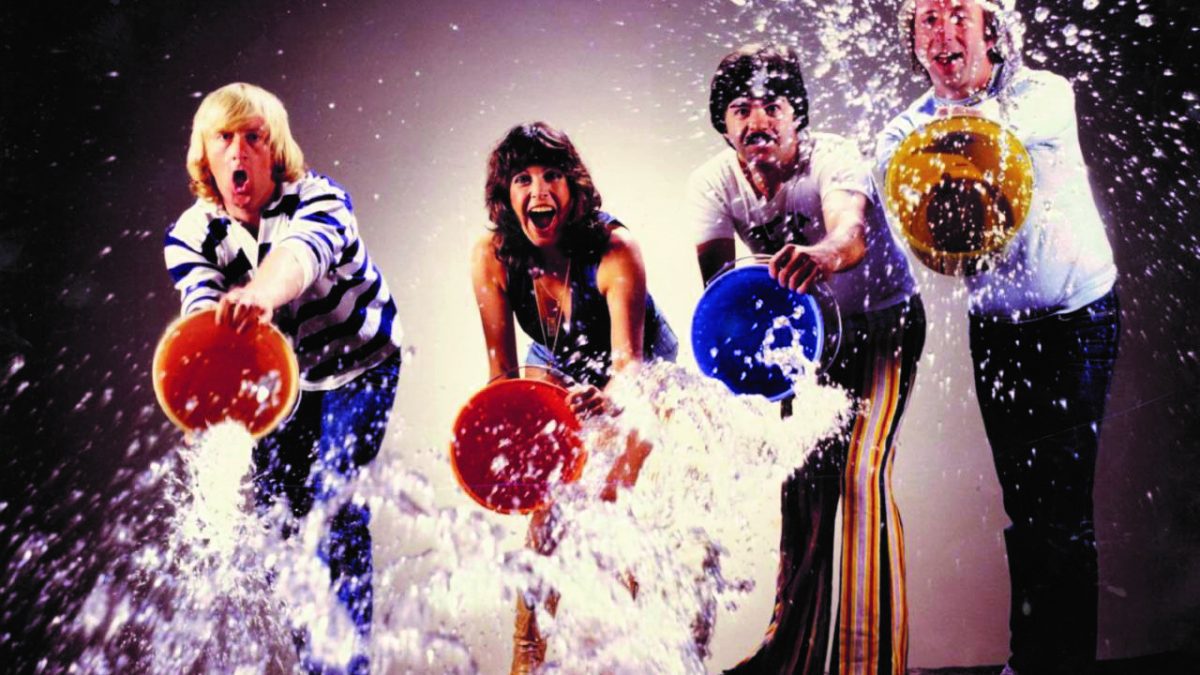 The UK’s biggest celebration of silent and classic screen comedy – Slapstick – is adding a new event to a programme which already features 20 shows in January and four in March – this time reuniting and honouring the stars of the mould-breaking Saturday morning TV show, TISWAS.

Bob Carolgees, John Gorman, Sally James and Chris Tarrant (AKA The Four Bucketeers) will be at St George’s Bristol on Saturday 16 April (8pm start) to share their memories of the anarchic series with Andrew Kelly, Director of Bristol Ideas and a boyhood fan of the show.

The reunion is happening 40 years to the month in which Tiswas ended its nine-year run, having made household names of its presenters, boosted the careers of Jasper Carrott, Lenny Henry and Sylvester McCoy, among others, and splattered hundreds of fans with flans, custard pies and/or buckets of water.

Andrew Kelly says, “This event is a dream come true. I recall with great fondness Saturday mornings when young when Tiswas was on. I don’t think I have ever laughed so much. I can’t wait to host the Bucketeers. I just hope the Phantom Flan Flinger isn’t around. Compost Corner!’

The evening will conclude with the Tiswas team receiving Slapstick’s Comedy Legacy Medal, recognising comedy building on the work of the late great comics of the silent film era.

Tiswas: The Reunion is a co-production by Bristol Ideas and Slapstick and all profits from it will go to Children’s Hospice South West.  The show is one of more than 20 being staged by Slapstick this year. Others include its annual festival, running from 26 to 30 January, and events with Andy Day, Lee Mack and Tim Vine at the Redgrave Theatre, Clifton, on Sunday 27 March.

Discover the wonderful things to do in Bristol by Day and Night, according to Mark Bibby Jackson.

For details of all Slapstick events, ticket prices, booking links and more, see www.slapstick.org.uk. For information about past and upcoming Bristol Ideas events, talks, debates and publications, see https://www.bristolideas.co.uk/.

Bled: a Must Visit Destination for 2022