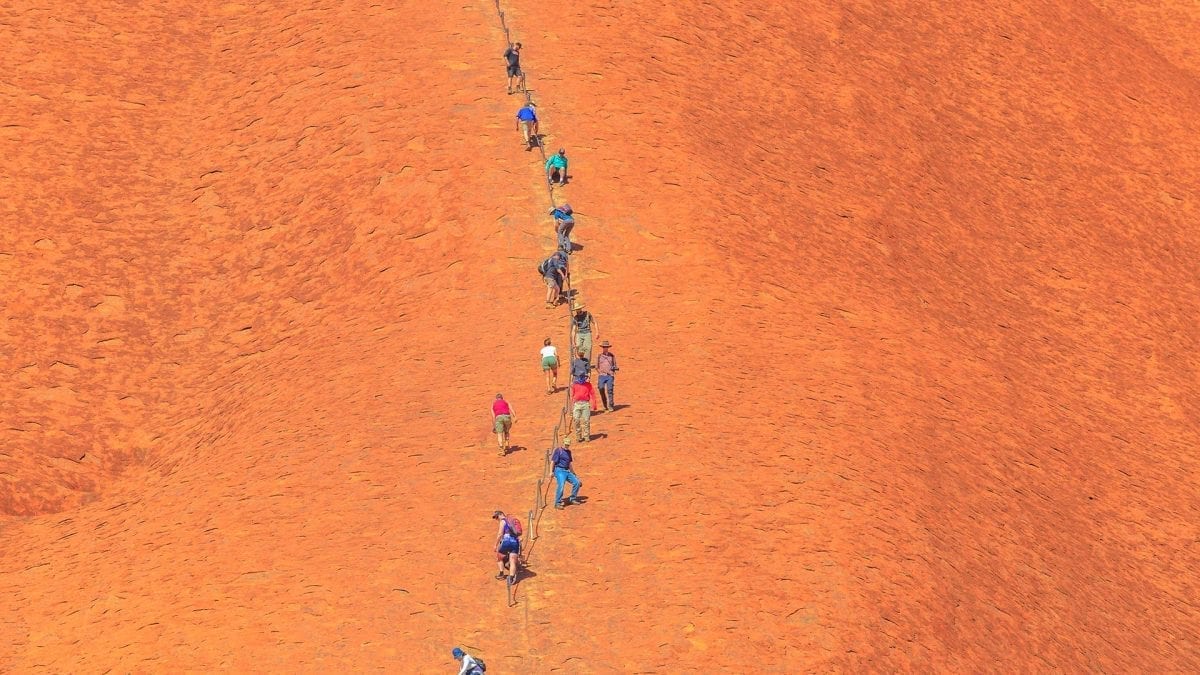 For years climbing Uluru, formerly known as Ayers Rock, was on the bucket list of most people’s travels to Australia. But now no longer, or at least not from Saturday (26 October), as the Uluru climbing ban is due to start over the weekend.

Climbing Uluru might be great for selfies and a sense of achievement but it does not sit well with the local Anangu people who view the site as sacred, and have for years requested tourists not to climb it.

“That place is a very sacred place, that’s like our church,” Rameth Thomas, an Anangu from nearby Mutijulu, told the BBC. “All of our stories are on the rock. People right around the world … they just come and climb it. They’ve got no respect.”

Signs at the base of the rock ask people in many languages not to climb it, and the message has got home – at least to an extent – with only 16% of travellers choosing to climb Uluru in 2017 when the proposed ban was originally announced.

However, with the impending ban nearing, the site has become inundated with travellers seeking to beat the Uluru climbing ban, regardless of its cultural significance.

Thomas suggests that those who believe they are missing out could learn more about Uluru and the local culture, traditions and religion, he told the BBC.

It is not just cultural sensitivities that have led to Saturday’s Uluru Climbing Ban. Since the 1950s some 37 people have died on the rock either from dehydration or accidents. Just last week a 12-year-old girl fell 20 metres while descending Uluru, but survived.

Climbers just have a metal chain, with 12 iron posts to assist them – there are no steps to help them assail the 348m rock that is taller than the Eiffel Tower.

Dan O’Dwyer, who worked as a helicopter tour pilot at Uluru rescuing several climbers, told the BBC that he was surprised it hadn’t been closed before. “Not for the cultural reasons, but also for the sheer danger of it. It’s a really difficult climb,” he said.

Parks Australia has made it clear that the Uluru climbing ban is for cultural, safety and environmental reasons.

“The board’s vision is that [the park] is a place where Anangu law and culture is kept strong for future generations,” a spokesperson told the BBC.