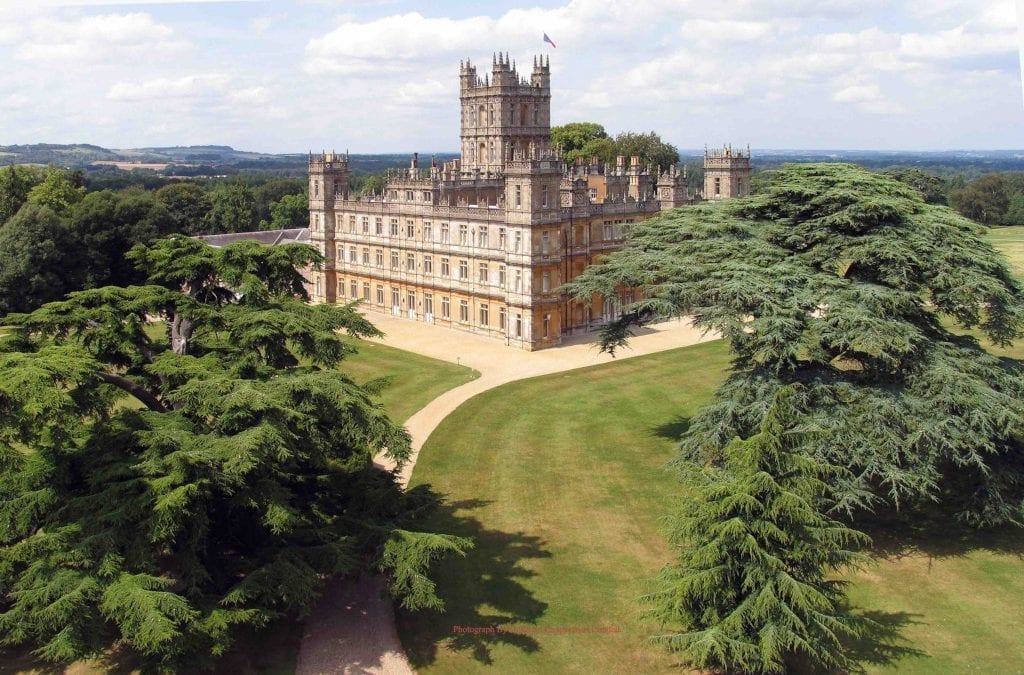 Cinemagoers may have to wait until September 2019 to see the eagerly-awaited movie version of the TV smash hit, but Hampshire’s iconic Highclere Castle, the real Downton Abbey, will be offering a magical musical treat for fans this summer.

Bringing the multi award-winning television phenomenon to life, ‘Downton Abbey Live’ – an open air concert set in the stunning Castle grounds – will mix music and clips from the show, performed by The Chamber Orchestra of London and hosted by actor Jim Carter in character, as the beloved Mr. Carson.

Steeped in history, and set in grounds landscaped by Capability Brown, Highclere Castle will provide a spectacular backdrop

Jim Carter, as Mr. Carson, will look back over his time at Downton Abbey and remember the many characters that filled the home over the years; from the extended family and friends, to VIPs and house staff members.

Carson will also recall some of the most significant events that took place in the house, and showing a rich collection of clips and montages from across all six seasons on high definition screens. Tickets cost from £51.10.

While Highclere Castle will not be open on the day of the concert, tours with afternoon tea are available 7 July – 3 September (Closed on Fridays and Saturdays), costing £52 each.

Written by Julian Fellowes and produced by Carnival Films and NBCUniversal, the Downton Abbey movie is out on 13 September 2019 in the UK, and 20 September in the US.

For more information on the concert, see www.highclerecastle.co.uk. All tourist information for Hampshire can be found at http://www.visit-hampshire.co.uk.

Brave New World at the Roundhouse