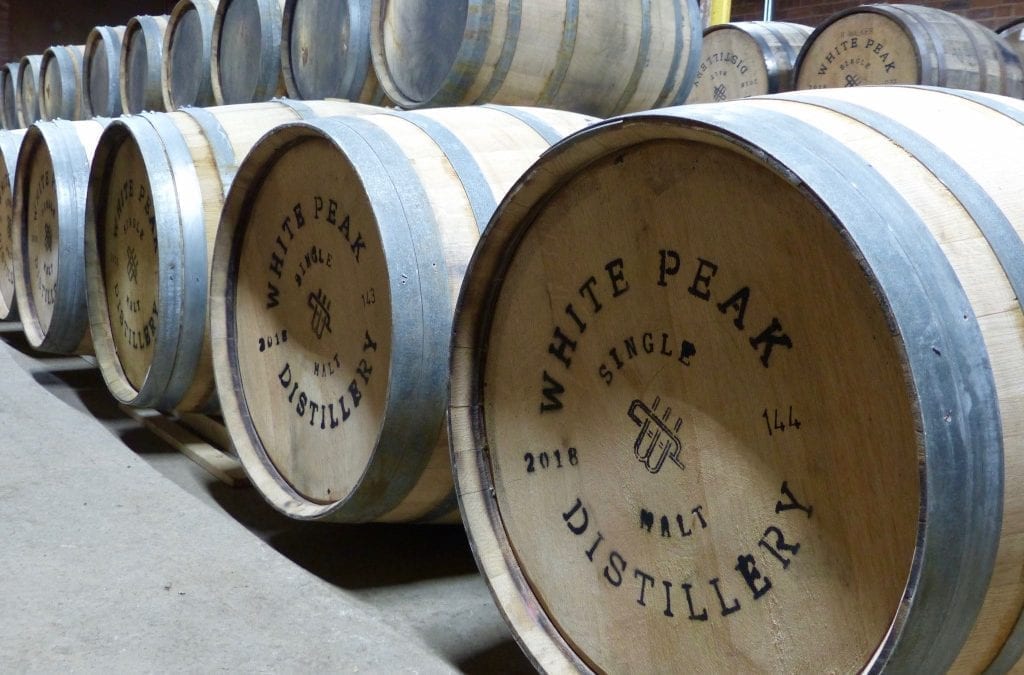 It’s only been open to the public for a few weeks, but White Peak Distillery is one of the largest commercial whisky distilleries in the whole of England. It will be another couple of years before they can bottle and sell their whisky. But, in the meantime, why not pop in to see, try and buy their gin, which won a silver medal in the World Spirits Competition, in San Francisco, earlier this year.

White Peak Distillery is the brainchild of Max Vaughan, whose enthusiasm, and knowledge of his product, should also be distilled and given to anyone who has ever thought of entering The Dragon’s Den.

It takes three years – and a considerable amount of bottle – to take all of the raw ingredients and turn them into a saleable whisky. And that can only begin after first finding some premises, installing a distillery, hiring a crew, and creating a brand that will carry it all the way from the planning stage, to the customer.

The premises were a godsend. After spending a few years hatching plans in his spare time, Vaughan returned to his home county of Derbyshire where he located a former Victorian wire-works with enough floor-space to install the distillery, a tasting room, small shop, and other visitor facilities. The industrial redbrick buildings and the steep woodlands adjoining the premises, meanwhile, were already a magnet for photographers and walkers.

There’s more to the Peak District than visit a distillery. Read: Things to do in Derby from Pubs to Suffragettes.

Whisky production takes-up around 90% of the distillers’ time at White Peak Distillery in Ambergate – and while the business-plan and the oak barrels are now starting to stack-up, it will be 2021 at the earliest before it can be bottled and sold to the public.  Join their intriguingly-named Temperance Club in the meantime, and you’ll be entitled to claim first-dibs on earlier, exclusive bottlings of their developing whisky spirit. Or, simply cut to the quick, and focus on their (already) award-winning gin. (And there’s also talk of rum now being in the proverbial pipeline).

Tours of the distillery for groups of up to 16 people are currently available on Thursdays at 11am, on Fridays at 11am and 3pm, and on “occasional Saturdays” at – as yet – unspecified Gin O’Clock times.  They cost £12 per head, including the tasting.

There are currently only around half a dozen commercial whisky distilleries in England; and this is the third largest of the lot.

For now, however, the Shining Cliff Gin is the star of the show.  It’s a small batch Derbyshire dry gin, inspired by the berries, hedgerows and flowers of Ambergate’s Shining Cliff Woods, and the core Floral style is hand-crafted from thirteen botanicals including rose hip, bilberry and local mayflower.  Three more styles (Citrus, Spiced and Bakewell Pud) are also shortly to be launched.

Also on the label is an engraving of Betty and Luke’s ancient yew tree: the very tree, Vaughan explains, which inspired the nursery rhyme “Rock-a-bye Baby”, as in the 18th Century the Kennys, who were charcoal burners, rocked their eight children to sleep here.

Today, it’s a tale well-told to the visitors who gather around the wooden table in front of a huge log fire, in the tasting room, while sipping their gins following an hour-long tour of the distillery.

And once that particular experience is over, it’s just a short hop into Derby – already a renowned Real Ale “Capital” of England – for an overnight stay, and a perfect pub crawl.