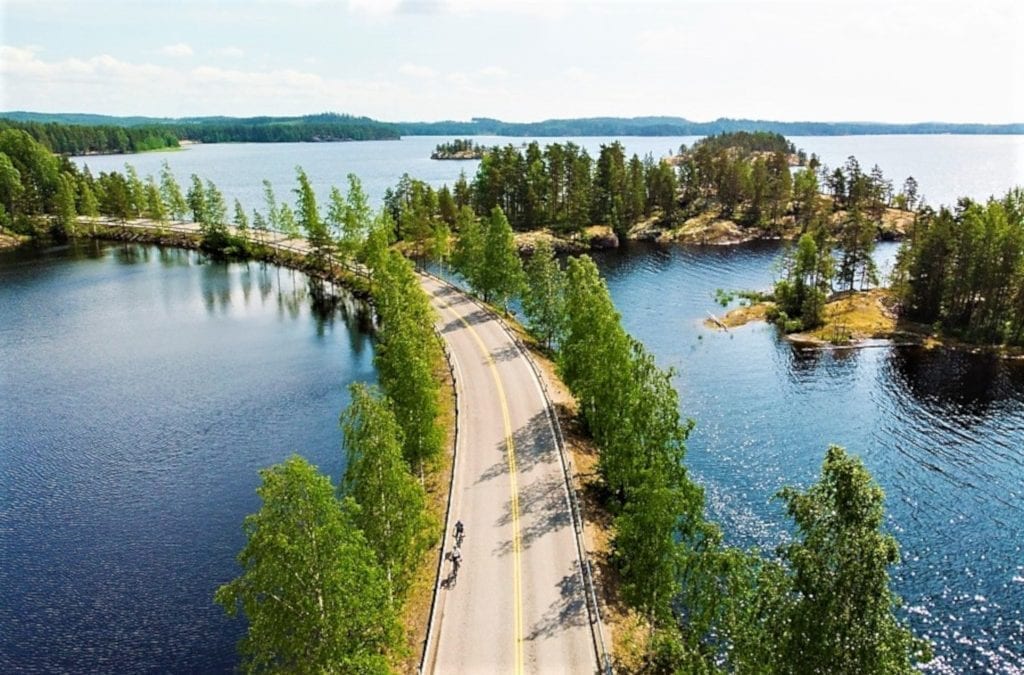 Last year Europe saw its hottest summer with temperatures reaching record highs throughout June, July and August. Six weeks of sweltering temperatures and 50 days without rain were not enjoyed by everyone, however. Those looking for active adventures had some challenging conditions to contend with. In 2019, temperatures are expected to climb once again.

With Sweden, Norway and Finland ranking in the top five of nations with most bicycles per capita, it is fair to say that cycling is part of the Nordic lifestyle. Elaborate cycle networks, quiet roads, and bike-friendly cities support the idea of slow cycling. During summer mild temperatures, ranging between 7-17 C allow for a laid-back approach to active holiday-making. With nature never too far away, cyclists are treated to forest shade or a refreshing coastal breeze to help them on their way.

Take the slow boat (and bike) in the Lofoten Islands 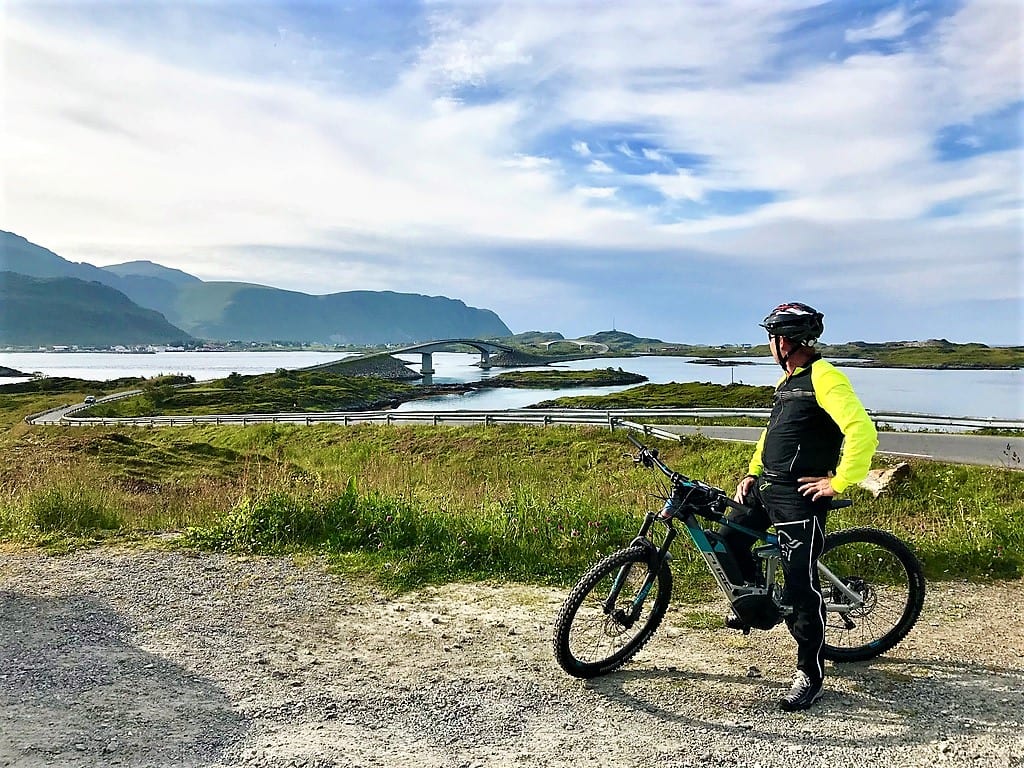 This summer cyclists can take to the sea as they sail into the iconic, quaint harbour towns of the Lofoten Islands. Aboard the MV Stronstad up to 15 cyclists can enjoy a rewarding onboard sauna session and hearty, local cuisine. On land, a guided cycling tour takes slow adventurers to iconic landmarks including Uttakleiv, Northern Norway’s most photographed white sand beach. Pedaling alongside rolling hills and winding roads, it is worth keeping an eye out for the white-headed sea eagle. A guided mountain hike and a rewarding on-board sauna round-off the experience.

From £2415 per person, based on two people sharing a double cabin on a full board basis. Includes: 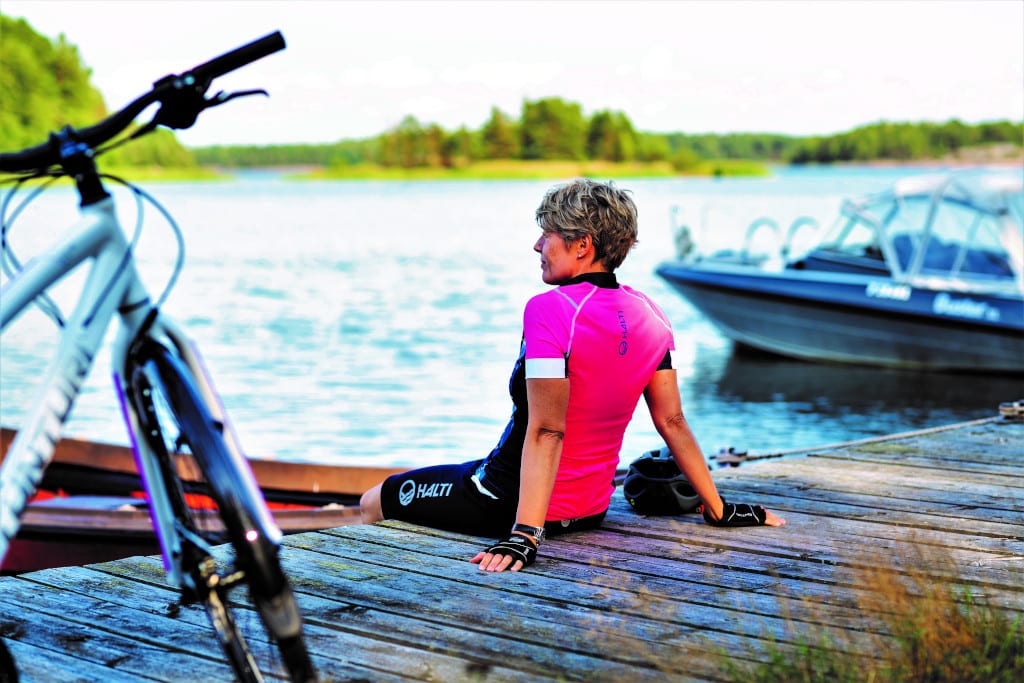 Finland’s archipelago is home to 20,000 craggy islands making it the most island-rich archipelago in the world. With islands and sunshine galore, it’s time to embrace a slower pace of life and cycle the Archipelago Trail. The 150km path meanders through fishing villages alongside rugged, but calm shores. Occasionally, cyclists will hop on a small ferry. In between manageable days of cycling, there is enough time for lunch al fresco and the Finnish sauna ritual. At the end of the trip, a stay in Turku, Finland’s oldest town, offers medieval architecture and mouth-watering Nordic cuisine. Benefit from direct flights to the archipelago launching 2nd July.

From £860 per person, based on two people sharing. Includes:

In Helsinki, one of the greenest capitals in the world, nature is only ever a 15-minute walk, cycle or train journey away. Starting a Southern Finnish cycling adventure from the coastal capital is not only a practical solution, but it also offers an insight into the Finnish desire to embrace nature, even in the most populated part of the country. The cycling loop sees e-bikers swap cobbled city streets for pine-carpeted forest and coastal trails. Balmy forests, old ironwork villages and lakes glittering in the evening light transport cyclists into a world of calm.

From £699 per person, based on 2 persons sharing. Includes: 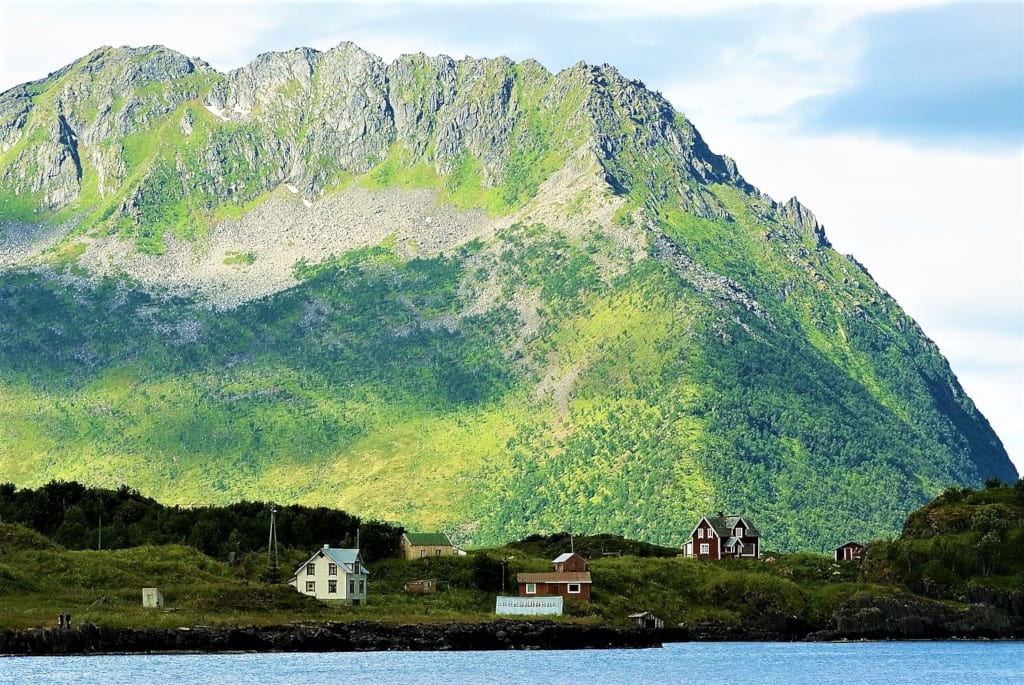 Suits who: Off the beaten track explorers

Setting off from Tromso, cyclists head south to Senja, the lesser known sister of the Lofoten

Islands. The journey takes cyclists across spectacular bridges into small villages home to 300 inhabitants. Meandering alongside dramatic coastlines, picturesque villages, small islands with anecdotic names like Sommaroy (Summer Island), Kvaloya (Whale Island) travellers have the chance to chat with locals, dip their toes into the sea or perhaps go for a wild swim feeling brave.

£1295 per person based on two sharing 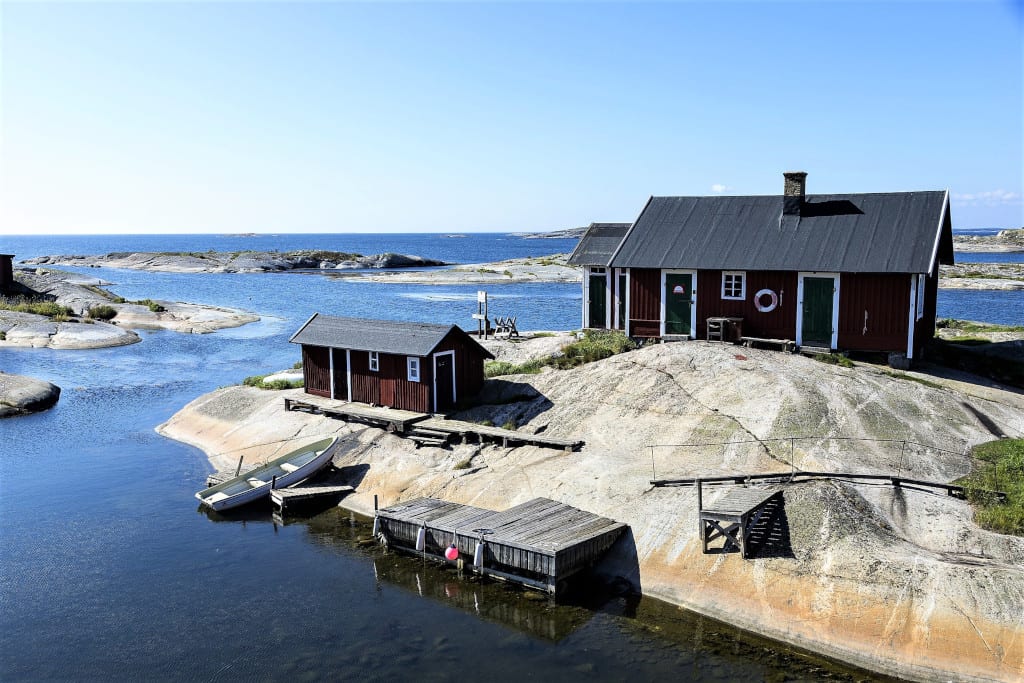 Stockholm, the capital of Nordic cool, is the perfect base for cyclists looking for a culture and nature fix. Inspired by the concept of balanced living, Magnetic North Travel has designed a 7-day adventure with plenty of time for al fresco Fikas – a catch up over coffee and cake. Explore Stockholm’s charming alleys before embarking on an island-hopping tour with stunning views across the archipelago.

From £1085 per person based on two people travelling

All Magnetic North Travel holidays include a 24/7 emergency line, concierge service and personalised travel documents via our app. To book, call 01664 400 103 or see magneticnorthtravel.com