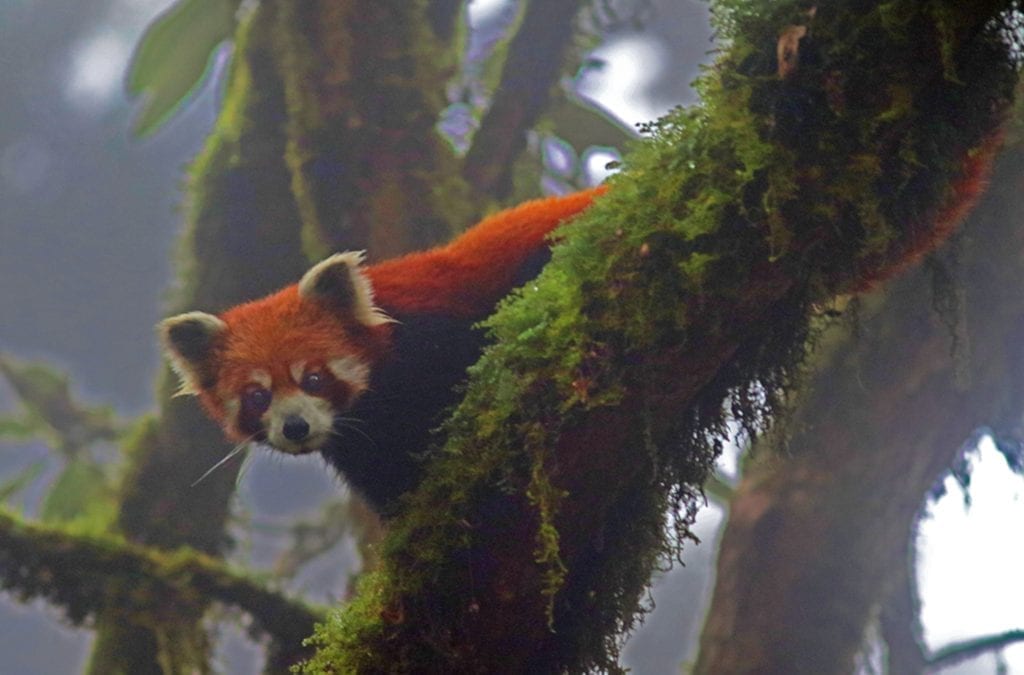 See Red Pandas In The Wild in Nepal

As Amber, an endangered red panda who disappeared on an escapade from Belfast Zoo was found “safe and well” in a garden, not too far from her Northern Ireland home, adventure and wildlife tour operator Gane and Marshall highlights their tour to the Himalayan forests of Singalila National Park, on the India-Nepal border, which brings a rare chance to search for the elusive Red Panda in the wild.

Many news outlets have today gleefully celebrated the safe return of Amber, a seven-month old red panda, who took herself on an overnight adventure from Belfast Zoo, likely due to a power fault in an electric fence in the red panda habitat.

The red panda is an endangered species, but there are rare opportunities to see them in the wild, not only in zoos. Gane and Marshall’s ‘Red Panda Expedition’ is a seven-night, fully-guided quest to find the elusive red panda, otherwise known as the “Himalayan Ghost”. Found in patchy populations in the mountains of India, Nepal, Burma and China, red pandas mostly live in tropical evergreen and semi-evergreen forests with dense bamboo undergrowth, their favourite food. 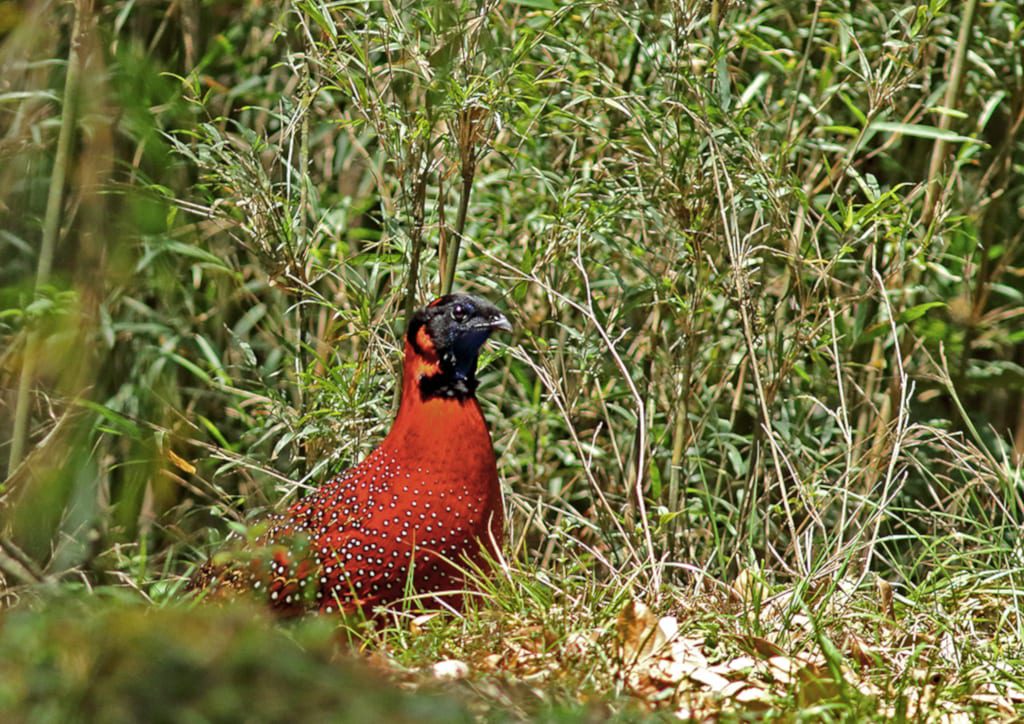 Remote Singalila National Park, a large swathe of Himalayan forest, provides a natural habitat for the solitary creatures. Singalila was the location of the first successful reintroduction of red panda in 2004, as documented in the 2006 film ‘Cherub of the Mist’.

Each day will start with wildlife activities after breakfast, centred on the search for red panda, but also tracking other wildlife, particularly the region’s rich birdlife, which numbers over 300 species. The Eastern Himalayan birds that can be spotted include exotics such as satyr tragopan, slender billed scimitar babbler, red billed leothrix, chestnut headed tesia, and blood pheasant. There is also the chance of spotting other rare mammals such as Himalayan black bear, muntjac deer, pangolin, wild boar and leopard.

Tracking will be on foot and by 4×4. The terrain is steep and hilly, and while guests will not be expected to cover long distances on foot, a reasonable level of fitness will be expected. A picnic lunch will be provided during the game-viewing activities, while dinner will be served at the lodge each evening. 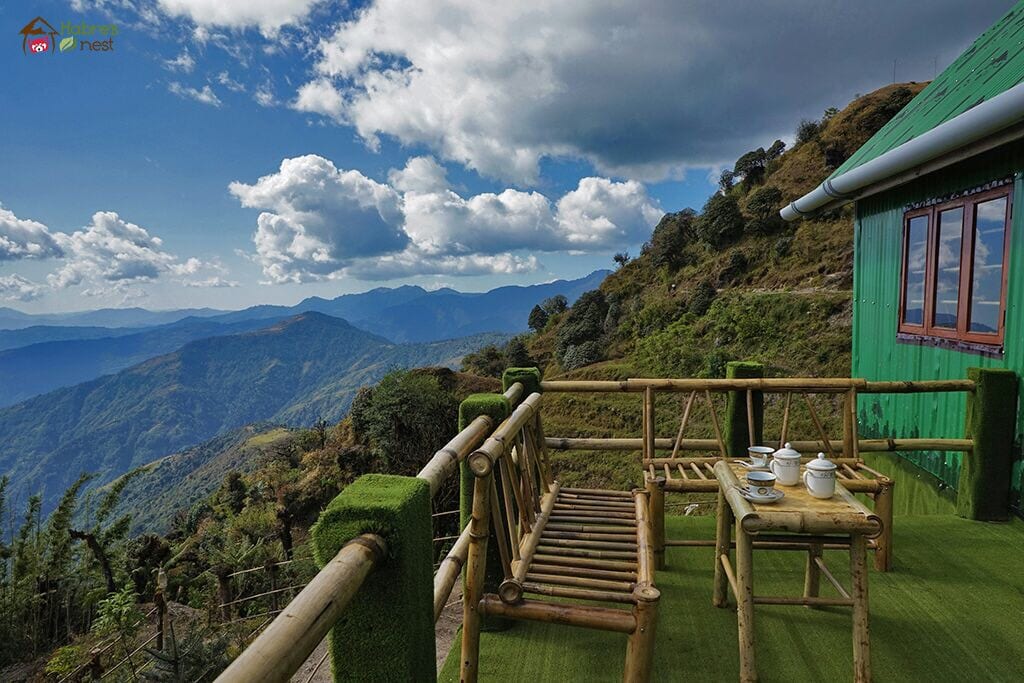 During the expedition, accommodation is at Habre’s Nest, a quaint home-stay guesthouse nestled in a region of the Singalila National Park notable for its high concentration of red panda. Habre’s in-house naturalists and field biologists will accompany guests into the forests to track the local wildlife.

Habre’s Nest is situated on the Singalila Ridge, the border line separating Nepal and India. Occupying a high perch 2,900m above sea level, and overlooking the forests of Singalila in all directions, it provides a fabulous location from which to survey this remote and beautiful region of the Himalayas. Habre’s Nest takes its name from the Nepalese word for red panda.

Constructed from bamboo, wood, and corrugated iron, Habre’s Nest has four double-bedded rooms, fitted out with bamboo and wood furnishings, with en-suite western-style bathrooms and private balconies. Each room has a heater, hot and cold water, and drinking water. Public areas include a small library, dining room, and bar & lounge with open fire place. The meals served are a delightful blend of local dishes with a western touch. Separate to the main house, there is a bird studio and viewing hide on the grounds.

The ‘Red Panda Expedition’ departs at fixed dates throughout the year – there are currently departures available in December 2019 and April 2020.

The cost of this itinerary is £2,590pp, based on twin/double share. This price includes one night in Delhi on arrival in India, a return domestic flight from Delhi – Bagdogra in the Darjeeling region; return transfers from Bagdogra Airport; six days’ red panda tracking with an experienced naturalist guide; accommodation at Habre’s Nest on a full-board basis; services of the naturalist guide; safari land rover transfers; permits and Nepal permission; still camera permits; and all other currently applicable taxes.

Winterwatch in the Cairngorms National Park