It is the time of year when traditionally we make our predictions for the ensuing 12 months. So, Travel Begins at 40 has gazed into our collective crystal ball to take a stab at what are likely to be the global travel trends for 2019. 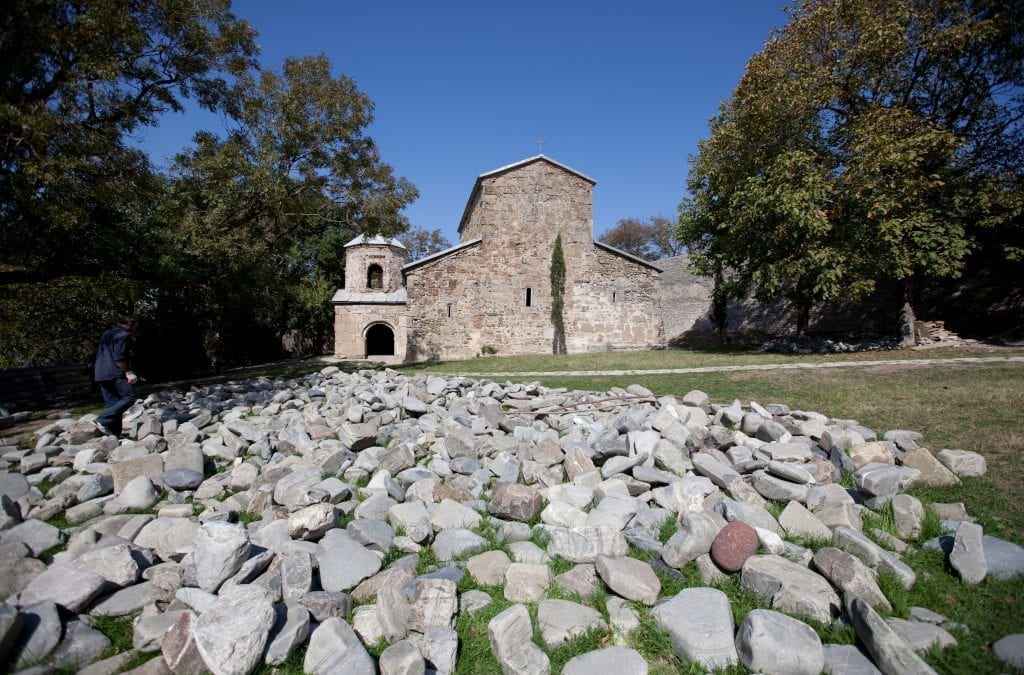 It is the time of year when traditionally we make our predictions for the ensuing 12 months. So, Travel Begins at 40 has gazed into our collective crystal ball to take a stab at what are likely to be the global travel trends for 2019.

However, lacking the skills of a latter day Nostradamus, we have consulted with many an expert in the travel industry to find out what they think will be the ins and the outs for the following year.

The burning current issue in tourism is over-tourism. You don’t have to take our word for that.

“With the rise of over-tourism, tourism will increasingly have a reputation battle to fight. Sure, it brings economic growth, but at an increasing cultural and environmental cost at overcrowded hot spots,” says Ken Scott, who is the founder of Scott Asia Communications and specialises in Southeast Asian travel PR.

Patrick Millar, marketing manager of Kirker Holidays, endorses his view, saying that many of their customers are avoiding peak tourism hotspots such as Rome or Barcelona.

Scott believes that secondary and tertiary travel destinations will become more popular as discerning tourists seek to escape crowds, which will in turn lessen the concentration of environmental effects of over-tourism.

Millar says that some Kirker customers are already turning to secondary cities, such as Salamanca, Montpellier or Lucca. While if they do visit more established sites they do so outside of peak season.

Scott predicts an “increase in popularity of destinations such as Nan in north Thailand, the Mergui Archipelago in Myanmar, and Flores and Lombok in Indonesia.”

Whether it’s a no-deal, a no-Brexit or simply a delay, uncertainty surrounding Brexit is going to have a profound effect on the UK’s summer holiday plans. With nobody quite sure what will happen to flights and at immigration, UK holidaymakers have a choice of two options – to leave or remain.

“With Brexit in everyone’s minds, some travellers are expected to book more long-haul flights which are deemed to be safer in the immediate aftermath post-Brexit, while others are opting for staycations,” says Dharmesh Garala, Head Of Digital at isango!.

Titan, in a recent report commissioned to consider its customer trends, has noted a steady growth in staycations – where people stay in country or even at home, choosing day trips over travel. This trend is echoed by Loco2, who say that three out of five Brits will spend their summer holiday in the UK, with some taking as many as three short vacations. Brexit uncertainty and a weak pound are contributing factors, but Loco2 also says the stress of travelling overseas is a third consideration.

Conversely, others are choosing long-haul holidays, electing to avoid the Eurozone altogether. Ffestiniog Travel reports a 30% rise in long-haul tours, especially in the 55+ bracket, with people deciding now is the time to take that holiday of a lifetime. Similarly, Wildlife experts Naturetrek report that most of their itineraries are booked up 18 months in advance, as people are getting more adventurous exploring remote parts of the world, such as South Georgia and the Solomon Islands.

Interestingly, Activities Abroad reports a massive 300% rise in multigenerational holidays, with families wishing to share experiences, such as seeing the Northern Lights and dog-sledding with those closest to them.

Part of the inspiration for such travel adventure lies in the popularity of TV programmes, such as Joana Lumley’s Silk Road.

According to Titan Travel, this has led to a rise in the popularity of off-the-beaten-track destinations, such as Uzbekistan, Armenia and Georgia.

It is a view that Huw Owen, the managing director of TravelLocal, a company that specialises in bespoke travel with carefully selected local experts, partially endorses.

“Throughout 2018, we have seen a growing interest in the Caucasus region. Most of these enquiries have focused on Georgia with clients combining the food and wine scene in Tbilisi with the mountain wilderness of the Svaneti region,” he says.

However, he believes that Armenia “despite also boasting incredible mountain scenery, the oldest wines in the world and a thriving capital city, has managed to fly under the radar and maintain its ‘undiscovered’ status.” Owen predicts 2019 will be a big year for Armenia, “as people start to look for new and exciting ways to explore the Caucasus.”

Other regions that are experiencing strong growth, at least for escorted tours, are Central America, with Titan reporting a 90% rise in bookings, and South America, which is set to see a surge in tourism prompted by regular flights to popular destinations, such as Rio de Janeiro and Buenos Aires, with budget airline Norwegian.

An off-shoot of the reaction against over-tourism is the growth in demand for more ethical tourism. The campaign against single-use plastics is well and truly on the front foot, with islands and resorts going plastic free. LoCo2, whose name reflects the ‘low Co2’ emissions of the rail transport it promotes, says that “responsible tourism is becoming a significant consideration” when people book their travel.

This can take the form of human rights issues and equality, as much as the environment. A recent study by Booking.com indicated that 49% of travellers believe social issues are of real importance when making their travel plans, while 58% of travellers would not visit a destination if they felt their trip would have a negative impact on the people living there.

Increasingly travellers are opting for locally-run holidays, with tailor-made programmes geared to your specific needs, whether that be for the local food, arts and culture or perhaps a digital detox. The trend towards experiencing, rather than simply eating, food cooked by local people, whether it be in Georgia, Morocco or Japan is strong and growing.

There is also a rise in purpose-driven holidays, where people learn a skill on their travels, which they can take back with them. Stay One Degree reports that 21% of their customers state that learning a new skill is the most important factor in determining which trip to book.

The stigma of travelling solo has well and truly gone, especially for women. Research commissioned by Jules Verne, indicates that over a quarter of people travel solo more than once a year, with women leading the way.

But travelling solo doesn’t mean that you have to be alone. Titan reports that more than half of solo travellers are interested in group tours; part of the reason why it has released its first ever solos-dedicated brochure. Many companies have now deleted the single-person supplement, at least during low seasons.

Part of the reason for this trend is that couples, as they become more mature, develop different interests. Nowadays, each can choose their own holiday to reflect their personal leisure pursuit, rather than trying to compromise on a one-size-fits-all holiday.

We’ve already indicated that the Caucasus, Latin America, secondary cities and the more remote parts of Southeast Asia will become increasingly popular over the year, but what special events will attract tourism?

Japan is hosting the Rugby World Cup towards the end of 2019 as well as the Olympics in 2010. Expect to see a growth in trips to the land of the rising sun, even though they will be too late to see the Cherry Blossoms in full bloom.

Singapore is celebrating the bicentenary of Sir Stamford Raffles landing on the island, with a lavish series of festivals planned.

On 2 May, Italy will commemorate the 500th anniversary of the death of Leonardo da Vinci. So, expect those museums, galleries and chapels in Florence and Rome to become even more popular.

Finally, the year also marks the 30th anniversary of the fall of the Berlin Wall on 9 November. Provided you don’t need a post-Brexit visa to enter Germany, perhaps this is the year to visit Checkpoint Charlie.

Why Women Over 40 Travel More Than Ever