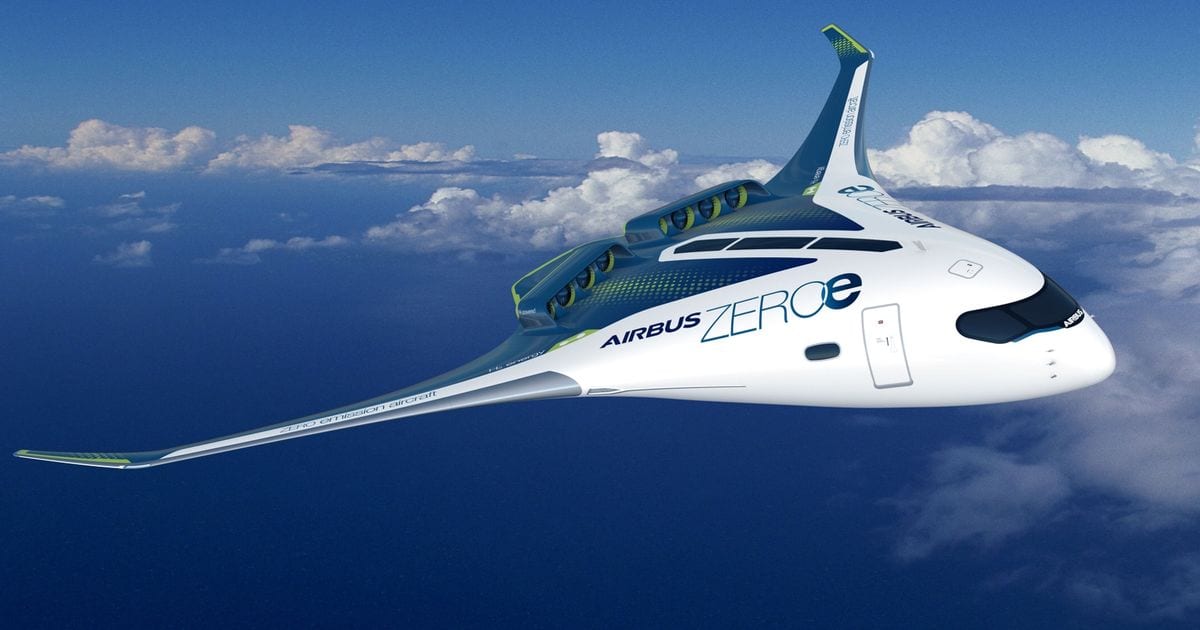 The plane of the future is one step nearer with the news that Airbus is developing three commercial zero-emission hydrogen planes that could launch by 2035.

Airbus announced that all three prototypes will be powered by hydrogen rather than petroleum. The airplane manufacturing company will now put the concepts through a series of stringent tests to see which is the most efficient way of travelling long distances in the air without generating greenhouse gas emissions that contribute to climate change.

Airbus chief executive, Guillaume Faury, declared this a, “historic moment for the commercial aviation sector” and that it marks the “most important transition this industry has ever seen”.

“The concepts we unveil today offer the world a glimpse of our ambition to drive a bold vision for the future of zero-emission flight. I strongly believe that the use of hydrogen – both in synthetic fuels and as a primary power source for commercial aircraft – has the potential to significantly reduce aviation’s climate impact,” he said.

Hydrogen has been chosen as the jet fuel of the future as its only emission is water vapour, making it a clean fuel.

The first of Airbus’ zero-emission hydrogen powered plane prototypes uses a turbofan design with a gas turbine engine modified to be powered by hydrogen. It could carry somewhere between 120 and 200 passengers a distance of 2,000 miles, according to Airbus.

The second prototype will adopt a turboprop design and will also have a modified gas turbine engine, but would only carry 100 passengers a distance of 1,000 miles, so would be preferable for shorter flights.

Airbus is also developing a larger plane where the body will blend into its wings permitting several options for the storage of hydrogen and the layout of the cabin, much along the line of the flying V-plan currently being developed by KLM.

Grazia Vittadini, Airbus’ chief technology officer, said the final concept is likely to be decided by 2025, adding that the manufacturer might develop smaller electric planes in the future.

The aviation sector has come under increasing pressure from environmentalists for its contribution to climate change. The growth of the No-Fly movement or Flyfgskam has been a major challenge to the industry.

However the transformation to a carbon free aviation sector demands more than a change in the way that planes are fuelled.

According to Airbus, hydrogen planes would need hydrogen transport and refuelling infrastructure, as well as commitment from governments to permit airlines to retire their older, less environmentally friendly aircraft sooner than envisaged.

“The transition to hydrogen, as the primary power source for these concept planes, will require decisive action from the entire aviation ecosystem,” said Faury. “Together with the support from government and industrial partners we can rise up to this challenge to scale-up renewable energy and hydrogen for the sustainable future of the aviation industry.”