Index > News > Community-based Tours in the Favela of Latin America 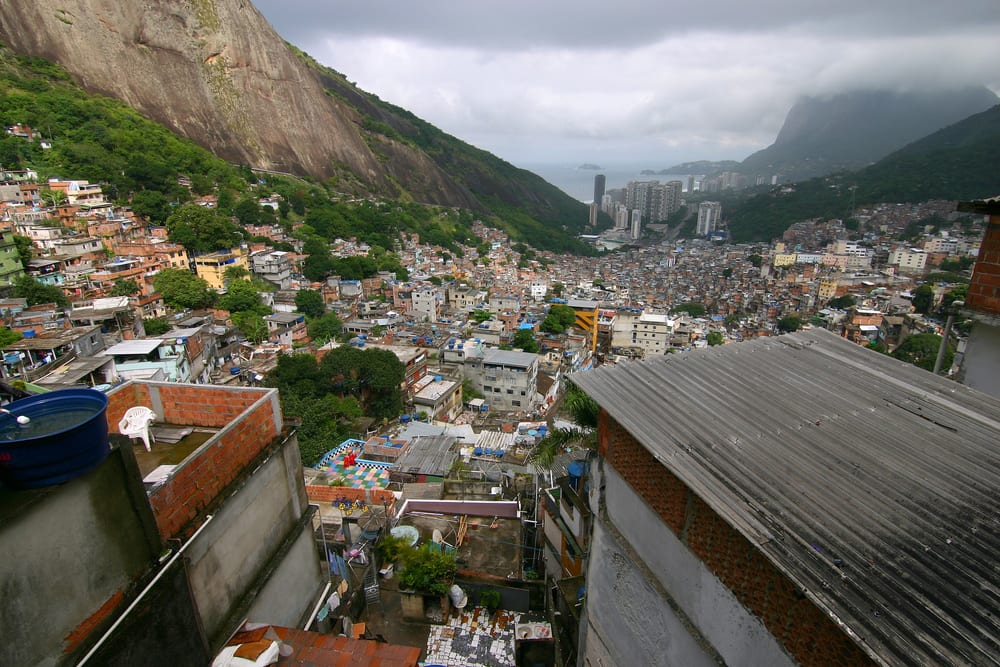 Community-based Tours in the Favela of Latin America

A few years ago, in Rio de Janeiro, I met Ailton Macarrão, who introduced me, as one of its promoters and founders, to the Rocinha Community Tourism Forum (Forum de Turismo da Rocinha), which was the community-based response to the growing demand for tourism in the favela, and, which represented Rocinha’s organised response to the exploitation carried on by the Favela Tours.

These tours, also called safari tours by the locals, … are owned and managed by people who do not live in the community and have no direct interaction with its members

Rocinha – one of biggest slums in Latin America – has been the object of interest of international tourists since the late 1980s; but unfortunately, according to the locals, the kind of tourism traditionally present in the favela has not been giving much back the community, and the way the residents are taking part of it, it is mainly as passive objects in the background of the tourists’ pictures.

These tours, also called safari tours by the locals, with an evident derogatory tone, have something in common: they are owned and managed by people who do not live in the community and have no direct interaction with its members.

The growing of these external and exploratory tourism businesses in the Rocinha led to the establishment of the Rocinha Community Tourism Forum, which it was thought as the place where the different actors present in the area could meet and discuss the tourism services in the favela from a local and internal perspective.

At the time of my field research, the Forum appeared as one of the most promising cases of community-based tourism offered in Rio due to the direct engagement of the local businesses and residents and, more importantly, due to its potential as a tool in the community empowerment process.

Since the establishment of the Forum, in 2009, the tourism in the favela has changed and evolved, and the first community-based tourism agency of the slum has been born, as Ailton Macarrão is telling me today. The agency is called Rocinha Original Tour and Ailton, as well as the other members of the community involved, are very happy and proud to be part of this new achievement of the favela.

The first community-based tourism agency is a direct result of the mobilization of the residents in the Rocinha Community Tourism Forum, and it continues working within the Forum to stimulate the discussion and create local solutions within the tourism sector, in spite of all the doubts and difficulties about the present and the future.

By taking advantage of the tourism potential of the Rocinha, the agency who defines itself as a social enterprise aims to promote the local economy, encouraging the creation of a network of small community businesses, such as restaurants, cafes, local shops, as well as reinforcing the collaboration with other professional and institutional organizations.

The preservation and respectful representation of the local culture and history, as well as a direct interaction and sharing of experiences with the visitors, are central topics of the tours available to the national and international tourists.

Currently, the Rocinha Original Tour offers a variety of tours. The Sociocultural Tour, which includes a capoeira show and a lunch in a local restaurant. The Panoramic Tour, thanks to which the tourists can enjoy the beautiful and breath-taking views from several panoramic points that the favela has to offer to its visitors.The Walking Tour which will take the visitors around the favela for two hours, visiting many of its well-known spots but also the hidden ones, which the external agencies have usually no access to.

The Agency, in collaboration with the Forum, also offers the Academic tour, oriented directly to university students and researchers of different areas, who are interested in local development, social innovation and community-based tourism.

Other tours and services are being organised, among them the ecotour which will include a trekking route in the Atlantic Forest of the Tijuca National Park, in which Rocinha is located. The network of homestay accommodations -already available in the community- is gradually growing into a better-coordinated service, involving more families and residents.

All the tours are offered in three languages (Portuguese, Spanish and English) by local tour guides and the profit generated through these packages is reinvested in social and cultural activities and projects run in the community by its own members.

What is probably the main struggles faced by the Rocinha Original Tour today is the competition with the other external agencies that continue running tours in the area on daily basis.

These agencies, such as “Favela Tour” and the so-called “jeep agency”, are roughly ten in total and are all owned and managed by outsiders, mainly “gringos” (which is the epithet given to a non-Brazilian person originally from Europe and North America). Despite their businesses being done entirely inside the favela, they do not consider any form of social reinvestment or redistribution of their profit in the local community, and the only money that sometimes reaches the social projects arrives in the form of alms left directly by the tourists.

The Rocinha Original Tour is fighting today an important battle against those private business agencies whose only contribution seems to be reinforcing the stereotypes about the slums and increasing, therefore, the distance between the community and the tourists, while they carry on exploiting the image and the culture of the biggest favela of Latin America.

This article was first published by Tourism Concern and is repeated here with its permission.

Author – Elisa Spampinato
Elisa studied Anthropology and Sociology in Rome and has completed her studies with a field research in Brazil on local governance and new experiments in direct democracy. Since young she travelled regularly getting involved in International Volunteering projects in Europe, including ecotourism experiences and cultural interchanges. She worked in Brazil as a consultant and researcher, collaborating with the Federal University, local enterprises and International NGO coordinating and planning activities for social projects with the aim to promote sustainable development for local communities in deprived areas in North Brazil. Her collaboration with the Virtual Institute of Tourism took her around Brazil studying and researching community-based tourism experiences. Her MA in Production Engineering at the Federal University of Rio de Janeiro, combining her background in Anthropology and Sociology with the Social Innovation and Management studies gave her the guidelines for her field work on Slum tourism in Rio de Janeiro which has recently turned into a book (Tourism in Carioca slums and situated development: the possibility of the encounter in six local community initiatives).View more posts by Elisa Spampinato.

Experience Catalan Cuisine across the Region