The jury for the Costa Smeralda Literary Prize, promoted by the Costa Smeralda Consortium, has selected three innovative environmental projects as the shortlist to receive the Blue Innovation prize, aimed to recognise concrete steps taken to protect the sea. To further increase awareness, six literary works surrounding topics of the sea have been shortlisted to receive the award for the category of best fiction and best non-fiction.

In support of the prize, The Adotta una Spiaggia project  has collaborated with the municipality of Arzachena. April 20th will be dedicated to cleaning the shores from plastic, thanks to the involvement of schools, associations and local communities.

In the effort to encourage the protection of the seas, The Costa Smeralda Literary Prize has been developed to bring an awareness to the need to protect one of the world’s most popular coastal holiday destinations, as well as the entire world’s oceans. The oceans are fundamental to the earth’s survival; it regulates global temperatures, stores CO2, and produces half of the world’s oxygen as well as providing numerous social and economic benefits. ISWEC: project developed by the Politecnico of Turin with Wave for Energy, which intends to produce energy by exploiting wave motions. Aiming to bring the cost of producing electricity from tidal sources through the grid parity ISWEC system, i.e. the point where the energy electricity produced from renewable sources reaches the same price of energy obtained from traditional sources, in order to become a new source of renewable energy. This technology is presented today as a valuable complement to the energy mix of the smaller Mediterranean and non-Mediterranean islands, which are not connected directly to the continental electricity grid.

NEMO’S GARDEN: project developed by Ocean Reef. The aim of the project is to bring hydroponics (or hydroculture) under water, whose practice, already widespread in many parts of the world, consists of growing a plant out of soil by replacing the earth with an inert substrate (rock wool, fiber of glass, expanded clay). There are numerous advantages of growing in an underwater environment: thermal stability, which plants need to grow healthy; the plants that grow inside the biospheres are only and exclusively reached by the so-called “good spectrum”, as it is filtered by the overlying water; total absence of pests and potentially dangerous agents for plants.

LABO ALGUES: The project, developed by Luma Foundation, aims to enhance biomaterials from local wetlands. The algae are transformed into biopolymers capable of replacing non-biodegradable plastics and absorbing carbon dioxide emissions. At present, a series of objects related to the history and culture of the region (ancient cup, Roman amphora) are produced using this biomaterial by means of a 3D printer. The possibilities are unimaginable.

“We had to deepen and evaluate numerous projects – from start-ups, and private companies, to public bodies – all testifying to the vivacity of research and the attention paid to sustainability and energy issues, deserving to be valued and promoted, confirming the main purpose of the prize: promoting a more conscious culture of the sea and disseminating innovative practices to live and respect it” comments Beatrice Luzzi, Artistic Director of the Prize.

Further to the Fiction, Non-fiction and Blue Innovation prizes, there will also be a special prize selected by the ceremony audience to one of the three category winners. The finalists for the creative writing categories are:

The winners of the individual prize categories will be announced on 12th April and awarded in Porto Cervo on 28th April. The event will open with Sergio Bambarén, writer and well-known environmentalist as the vice president of Mundo Azul, who will meet the public at the Cervo Tennis Club. President of Marevivo, Rosalba Giugni, will receive a special mention to recognise his 30-year dedication to the protection of the environment. Finally, in the presence of his son Brando, there will be a tribute to Folco Quilici, writer, naturalist and populariser, “…one of the most influential thinkers in the world” (Forbes, 2006) in terms of environment, culture and the relationship between man and sea. Finally, in support of the Adotta Una Spiaggia project, and as part of the literary contest, Un Mare da Leggere, a project  that invites secondary school students to write pieces on their experience with the sea, the winning student will receive a special mention during the award ceremony. An award that involves 360 degrees of the Costa Smeralda territory. The  ADOTTA UNA SPIAGGIA will be held on 20th April. The initiative is promoted by the Costa Smeralda Consortium with logistic support from WWF, scientific supervision from the MedSea Foundation, and realised thanks to the commitment of the Municipality of Arzachena who will coordinate the activities involving citizens, local communities and above all, first grade students from secondary schools in Arzachena and Abbiadori. Each student who participates in the reclamation will receive a certificate titled “Guardian of the beach”, a symbolic investiture with a high rate of responsibility towards their territory, an important right of passage for future generations. The plastic recovered on the beaches will then be “reinterpreted” by the artist Giorgia Concato, who will take care of the preparation of the Smeralda room transforming it into a ‘seabed’.

The award includes two days full of events dedicated to the enhancement and protection of the marine environment, and to launch the tourist season, on the horizon to break new ground on increasingly important issues, not only at the local level.

The Jury will be made up of important names in the cultural and scientific field in Italy and abroad, including honorary President Donatella Bianchi (leader of Linea Blu and President of WWF), Alberto Luca Recchi (journalist, photographer and explorer of the seas), Mario Tozzi (CNR researcher, scientific divulger, former president of the Tuscan Archipelago National Park and its marine areas) and Alessio Satta (researcher and President of the MedSea Foundation for the protection of the sea, its coasts and the biodiversity and adaptation to climate change). The artistic direction is entrusted by the Consortium to Beatrice Luzzi, linked since childhood to the sea of Costa Smeralda. The documentary filmmaker, actress and writer has always been committed to issues of ‘civil sustainability’ also by creating initiatives and concrete proposals around and for the sea.

The Costa Smeralda Consortium has been committed since its establishment in 1962 to safeguarding the environment and the sustainable development of a piece of Italian coast that the entire world envies. The consortium has created the literature prize, to focus the attention of the public, the literary world, the political world and operators on the sea, an inestimable commodity; a necessary element for climate regulation, a renewable energy supplier, raw material of the blue economy, a magnet for people and cultures and last but not least, inspirer of the best literature.

Images of the Costa Smeralda coastline by Salvatore Nieddu. 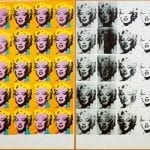