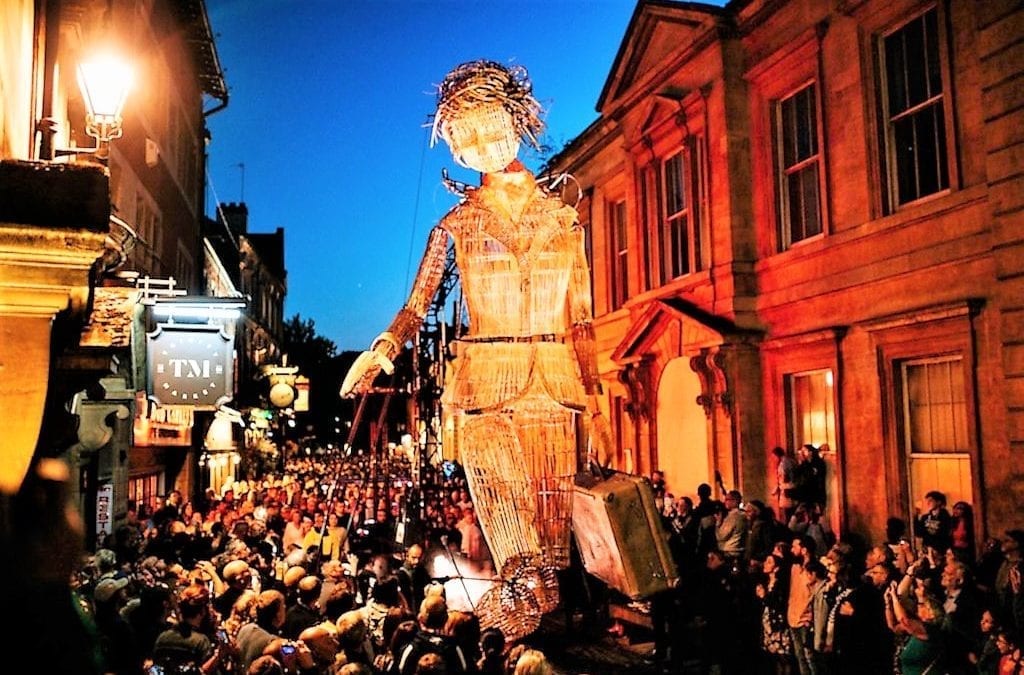 Hull’s flagship cultural event, Freedom Festival, celebrates one of the city’s most famous sons, anti-slavery campaigner William Wilberforce, and 2019 marks the 12th anniversary of the Festival – as well as the 260th anniversary of Wilberforce’s birth.

Now a firm fixture in the national and international cultural calendar, this year’s Freedom Festival (28 August – 1 September 2019) has been extended beyond the usual weekend to embrace “five days of wonder”.

Hull will come alive with events and shows for the whole family, weaving together street theatre, dance and acrobatics alongside community events, debates and exhibitions.

For 2019, this popular festival, which is largely free with some ticketed shows, will have an expanded indoor programme, which aims to give even more people the opportunity to see extraordinary performances from award-winning artists from across the world.

The city becomes a stage for a whole host of performances and events, including an ever-growing International Carnival, which last year saw dancing lollipop men and costumed dancers make their way through the city centre to transform Hull into a world of dazzling colour accompanied by marching bands and hypnotic drumming

To discover more about what to do in the city of Wilberforce, read Hull: a Surprising City of Culture by Mark Bibby Jackson.

Celebrating the concept of freedom through artistic and cultural expression, the Festival’s roots go back to 2007 when the city celebrated William Wilberforce and the 200th anniversary of his Act of Parliament, which abolished the slave trade in the British Empire.

Wilberforce was born in the city on 24 August 1759 and his birthplace is now a museum dedicated to anti-slavery… and fittingly, Wilberforce will be returning back home to Hull in 2019.

A new National Portrait Gallery initiative, that sends major portraits to places associated with the subjects, will see Sir Thomas Lawrence’s portrait of Wilberforce go on display in the city of his birth for the first time, in Hull’s Ferens Art Gallery.

As well as the popular festival, visitors can tour his birthplace in Hull, Wilberforce House – now a museum that tells the story of the trans-Atlantic slave trade and its abolition, as well as dealing with contemporary slavery – while Wilberforce Way is a 60-mile walking route from Hull to York, linking nearby Beverley and the Yorkshire Wolds village of Pocklington, where he went to school.

The programme for Freedom Festival 2019 is set to be revealed in June. For more details about the Festival, see www.freedomfestival.co.uk

For hotels in Hull, as well as flights, try our hotel comparison engine by entering your dates below – we search hundreds of websites so you can find the best deals.

For places to stay and visitor information, www.visithull.org.

Butterflies Spread their Wings at Trentham