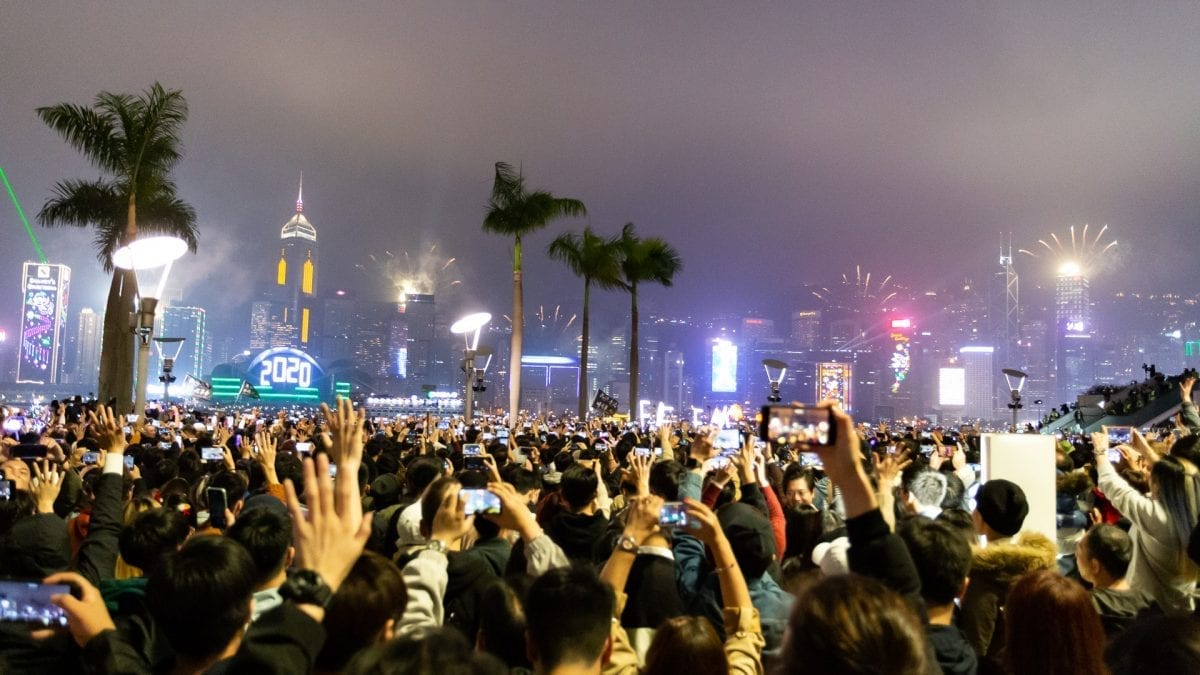 On New Year’s Eve thousands of protesters formed human chains along Nathan Road in Kowloon and Causeway Bay while riot police were out in force in case of trouble. The countdown to midnight triggered chants that echoed across Victoria Harbour as protesters made their demands clear.

The annual Hong Kong new year firework display was reduced to an enhanced light show and some rooftop fireworks due to security concerns but still attracted large crowds in the Tsim Sha Tsui harbour front area.

The planned protest march on New Year’s Day started in Victoria Park and proceeded through Wan Chai and Central districts. The organisers reported over a million people marching while authorities estimate the number as much lower at around 60,000. Though largely peaceful, by late afternoon the march was cut short after vandalism and violence occurred on the fringes. Police fired tear gas to disperse the crowds after night fell.

The Chinese territory has been dogged by a series of protests aimed at the government that were triggered by the passing of the Fugitive Offenders amendment bill in June 2019. Mounting violence has led many to ask the question, Is Hong Kong Safe to Travel? However the territory has seen a period of relative calm before the recent Christmas Eve and New Year protests.

While the future remains uncertain Hong Kong would still seem a safe city for tourists to visit, so long as you take sensible precautions and keep following for news updates.

Tourist arrivals have reportedly dropped to less than half normal levels despite hotels and airlines cutting prices significantly. In some cases hotels are offered for less than one third of their usual prices, attracting bargain hunting travellers for the Hong Kong New Year period, but is not enough to make up the deficit. If you want to search for hotels in Hong Kong please try our hotel booking engine below.

Search for flights and hotels in Hong Kong

2020 Cultural Highs in Saxony and Thuringia