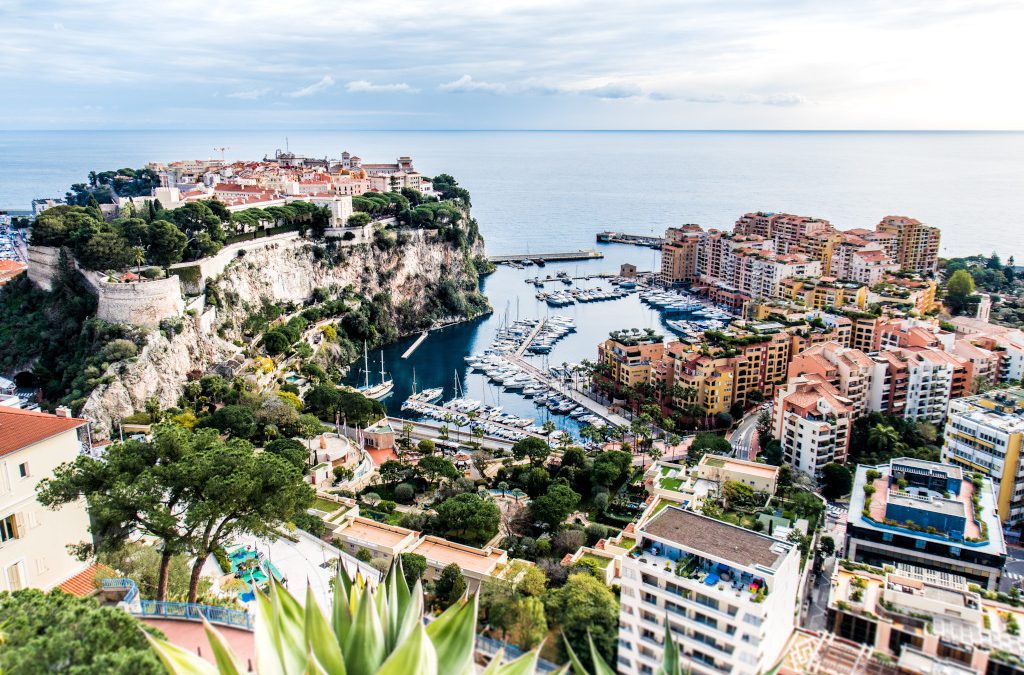 With a clear target to reduce by 55% its carbon footprint by 2030 and become carbon-neutral by 2050, Monaco is focusing on the Energy Transition Programme to enhance the environment and attract sustainable tourists and businesses.

In a greater effort to minimise the demand for natural resources and tackle global sustainability issues, renewable energy is being used throughout the country to accommodate the daily needs of the citizens of Monaco, in a more eco-friendly way. Photovoltaic and thermal solar panels are gathering solar energy which is then converting sunlight into electricity as well as transforming the energy produced by the sun’s rays into hot water. Monaco, a country with important ocean energy, is also using its surrounding waters and with the advanced ‘heat pump technology’ it extracts heat or cold from seawater to warm or cool buildings and to heat swimming pools.

In order to reduce carbon dioxide emissions the government has introduced modern methods to approach commuters and consumers. Eco-friendly vehicles have been at the centre of its attention with the government offering financial incentives for potential buyers to purchase two-wheeled electric bikes or vehicles as well as clean energy vehicles. Meanwhile, with the help of technology, new applications have been launched in order to reduce traffic congestion, pollution and car overpopulation. Mobeecity, a self-service car sharing scheme is offering 100% electric vehicles (somewhere between a scooter and a car) and are also allowed to park free of charge on the roads of Monaco and in 34 partner car parks. Mobeelity, a service offered by SMEG is offering bigger vehicles (five-seater) with great autonomy and allowed to travel outside of the country of Monaco. Other applications that have been recently launched in Monaco is CityMapper,  an application that offers real-time travel guidance, transport and traffic information as well as MonaPass, a user-friendly application allowing users to find all of their travel passes for bikes, electric bikes, and on-street parking.

Protecting the Oceans and Biodiversity

Additionally, to mark World Oceans Day, held on 8 June, the Mission for Energy Transition organised an event that brought together several companies from the yachting and maritime sector, all of which have signed the National Energy Transition Pact, which comprises a clear and concise commitment that displays the three key priorities for the energy transition; transport, waste and energy. At an event hosted at the Yacht Club de Monaco, the invited companies presented their flagship actions to promote the energy transition and reduce greenhouse gas emissions.

From involving and educating students to challenging all modern methods and trialing new eco-friendly technologies to rescue the oceans and the environment, the yachting market, with a worth of 8.15 billion dollars worldwide has the power to influence and be a game changer in a sensitive matter like the protection of our biodiversity. “Monaco plays host to significant yachting activity. To be effective, efforts to raise awareness about environmentally friendly behaviours must be ongoing” comments Olivier Lavagna, Deputy Director General, Societe d’Exploitation des Ports de Monaco (SEPM).

In order to ensure the future is sustainable-proof, the Princes’s Government has launched the Sustainable Mediterranean Buildings of Monaco Initiative, in partnership with EnvirobatBDM. This sustainable construction initiatives applies to all public construction and renovation projects, and helps to promote best practices that make the most of the Mediterranean climate to lower usage and consumption, including reducing the impact of materials, water/energy consumption, and bioclimatic design to ensure a healthy and comfortable space for occupants, while taking account of environmental, social and economic challenges.

With all of these initiatives and achievements across the sectors and industries in Monaco, the Principality is well on its way to achieve its ultimate goal of reducing its carbon emissions by 55% by 2030, and to be completely carbon neutral by 2050, making it the perfect sustainable destination for residents, travellers, and businesses.

Days Out By Rail Campaign Launched