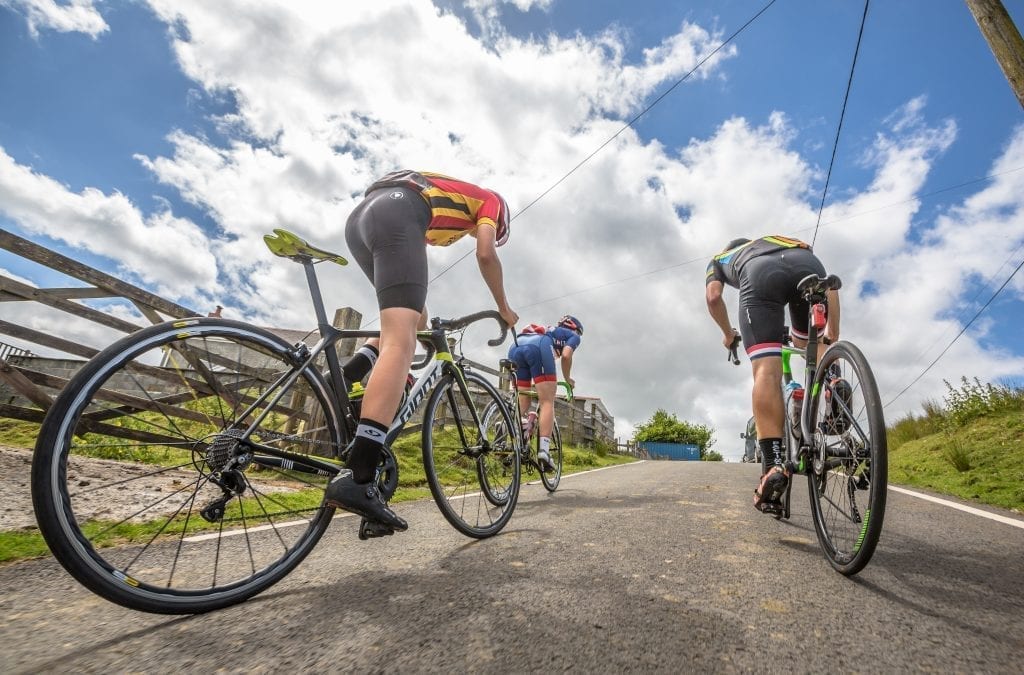 To coincide with the Tour of Britain starting in Carmarthenshire, South West Wales on 2 September, the county has launched six new road Carmarthenshire cycle routes to enable visitors to saddle up and cover some of the same ground as tour professionals. This is the first time that the tour has visited Carmarthenshire and will allow the county to showcase its incredible cycling terrain, with distances ranging from 46km to 105km.

All six of the new Carmarthenshire cycle routes are available to view here, each outlined in great detail with distances, directions and places to stop en-route: from cycle-friendly cafes to spots to unclip and take in a great view. The routes are also available to view on Plotaroute, enabling riders to download each route to Garmin, GPS or Google Earth.

And while the new Carmarthenshire cycle routes are the latest cycling initiative to be launched by the county, which is pitching itself as a cycling hub for Wales, other cycling attractions are in abundance around the county. For example, the Velodrome at Carmarthen Park has just reopened (the oldest in Wales, built in 1900)  and a closed-circuit cycling track at Pembrey County Park (the first in South Wales) has just opened up and boasts British cycling standard- set to attract regional and national events as well as training camps in a safe, traffic-free environment.

Stage One of the tour starts at Pembrey Country Park on Carmarthenshire’s southern coast and passes through Kidwelly, Carmarthen, Nantgaredig, Llanarthne and Ffairfach before climbing the western flank of the Brecon Beacons towards Bethlehem and finally onto Llandovery. The route then leaves Carmarthenshire and finishes just east of the county in the city of Newport.

Those looking to start in the same place as the tour should opt for The Carmarthen Bay Coastal Route, a 62km stretch that can be completed in 2.5 hours. However, with a climb of over 2km (and an average elevation of 10%, peaking above 15%) it will test those thighs! Those looking for a more challenging ride, between 5-9 hours, and double the elevation, will enjoy Big Hills & Big Views, starting in the old mining town of Ammanford and boasting an epic climb up to the top of Black Mountain in the Brecon Beacons, with a mighty elevation of 2,000m.

Slightly easier day rides include The Teifi River Tour (90km) and The Big Wilderness Adventure (105km) which- although longer in length- are much flatter and cover Carmarthenshire’s beautiful interior each taking between 4-7 hours. Starting in the cute riverside town of Newcastle Emlyn, The Teifi River Tour follows the river upstream before climbing Llanllwni mountain to the remote town of Brechfa, while The Big Wilderness Adventure starts in the farming community of Llandovery before heading into the wilderness with a climb up to LLyn Brianne for epic views and a ride around Wales’s most remote chapel.

The final two Carmarthenshire cycle routes take in quiet country roads, fascinating bog habitats and the secluded Cothi Valley. The Common to Common route is 46.5km and starts either in Brechfa or from cycle-friendly Black Lion pub in Abergorlech while the Tywi Valley Tour of the Castles is a well-paced 95km trail starting with one of the most spectacular river valley rides in Wales dotted with castles that rise out of the mist and one of the finest foodie stops in Wales- Wrights Food Emporium at Llanarthne.

What’s more, those looking to visit Carmarthenshire on the same weekend as the tour kicks off (Friday 31 August- Sunday 02 September) can take advantage of a special Tour of Britain Offer put on by three establishments in Llandovery- a great place to watch bikes whizzing past- who are offering a saving of 10% on stays of 2+ nights at either The Castle Hotel, The Drovers B&B or the riverside glamping pods at Erwlon, with prices starting from just £144 per night (was £160) at The Drovers B&B.

For further information on the local area, including places to go, stay and activities to do, please head to www.discovercarmarthenshire.com

Get Ready for Staffordshire’s Horn Dance